Home » European Union: The Five Ss of a Two-Speed System

by Maurizio Ambrosini. Professor of the Sociology of Migration. Department of Social and Political Sciences, University of Milan.

In Suceava, a few kilometers from the border with Ukraine, there is a hotel that hosts refugees transiting through Romania. Many of them, instead of feeling relieved, are flooded with guilt.

The war in Ukraine is sowing grief and humanitarian drama, but it has also produced a turning point in European asylum policies—perhaps the only good news of these weeks. The European Union, with a bold and unexpected choice, has opened its doors to refugees from Ukraine unconditionally. They could already enter without a visa, but only for tourist stays of less than three months. Now they will be able to stay for one year, extendable by another two, as full-fledged regular residents. They will be able to move within the EU, bypassing the constraints of the Dublin conventions and the exhausting discussions on country quotas. They will be enabled to access work, education, and healthcare, without filters or delays. A united Europe thus re-emerges, capable of repainting an image that appeared somewhat dented.

We come to this from the season of agreements with Turkey, Niger, Libya and other transit countries, of the blame for the reception of refugees, of the deplorable pushback actions at the borders between Greece and Turkey, Croatia and Bosnia, Poland and Belarus, of the blank check substantially left to the Frontex agency, super-equipped with resources and staff. It is impressive to see how the countries of the Visegrad group—so hostile towards refugees arriving from the Middle East—today open their doors to Ukrainian refugees. And here too, the reception front appears subdued. There are no more demonstrations against the invasion, shouts of “masters in our house,” controversy over the costs of hospitality, conflicts between whether poor Italians or foreigners should be assisted.

We can only welcome the mass conversions to humanitarian values. But there is no lack of shadow, not even in this springtime of welcome. In the new European asylum policy, the “s” of solidarity is accompanied by at least two others: suspicious and selective. Suspicious because the undisputed welcome—no ifs and buts—is only valid for Ukrainian citizens, not for foreigners residing in the country, including 76,000 students. For them, governments will be able to choose whether to apply the same liberal rules, or throw them back into the process of applying for asylum. Selective because refugees from other wars and persecutions are still excluded. The EU has effectively introduced a two-speed asylum regime: heartfelt generosity towards Ukrainians, but rejections and restrictions for others. At the Polish border to the south, Ukrainians are welcomed, further north, on the border with Belarus, refugees from Iraqi Kurdistan are repelled with fire hydrants and batons. At this moment emotions are in charge and politics follows them: great enthusiasm towards Ukrainians fleeing the war; indifference, mistrust, hostility towards human beings who do not have an equally fresh and close war behind them. There is even the suspicion that origin, skin color, religion, and gender dictate the new rules of hospitality.

Then there is a fourth “s” in European solidarity: sidetracked. Emotions have a great mobilizing force, but they are also usually short-lived. Last August it seemed we were ready to welcome all the Afghans fleeing the Taliban regime. Today nobody remembers it anymore. In Italy, of the 5,000 reception places provided for those fleeing Kabul, only 3,000 have been occupied. This is certainly the fault of the ministerial closures, but also of a distracted and superficial public opinion. Let us ensure that something like this does not happen with Ukrainian refugees within a few weeks or months.

Finally, a fifth “s” hovers: spontaneity. The spontaneous mobilization of these weeks is commendable, even exciting. Today we are welcoming Ukrainian refugees with our hearts. However, we are not always marrying spontaneity with reason, competence, or necessary capacity. To welcome well, a synergy is required between public institutions, civil society, communities of faith and ordinary citizens, without neglecting the contribution that the already-settled Ukrainian immigrants themselves are offering. In this way, today’s solidarity can become a cohesive and innovative force for our society. 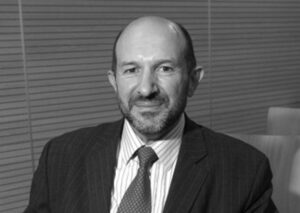 Professor of the Sociology of Migration. Department of Social and Political Sciences, University of Milan.

A Complex Mosaic: The Main Christian Denominations in...