Home » The Race to the Atom Does Not Stop

It was 8:16am on August 6th, 1945 when a US plane dropped the bomb called “Little boy” (16 kilotons of power) on the city of Hiroshima in Japan: it is estimated that between 70 and 80,000 people died instantly, and then up to 200,000 in the following years due to the consequences of the explosion. Another tens of thousands of lives were broken on August 9 in Nagasaki, hit by “Fat Man” with an estimated power of 25 kilotons.

After more than 75 years, nuclear arsenals, which reached the astronomical figure of about 70,000 warheads during the Cold War, continue to threaten humanity. Although the Non-Proliferation Treaty (NPT) was signed in 1968, which requires signatory countries to commit themselves to disarmament and to use nuclear energy only for peaceful purposes, horizontal proliferation has continued: to the five signatories of the NPT, the only ones authorized under it to hold such weapons, have joined Israel, India, Pakistan and North Korea outside the Treaty. Vertical proliferation has apparently contracted so much that today there are “only” 13,000 titles. However, they are more precise and powerful, while the carriers (airplanes or missiles) increase their speed and threat, as in the case of hypersonic missiles, another new frontier of the military challenge. The latter, capable of a non-ballistic trajectory but constantly closer to the surface of our planet, will be more difficult to identify, both for shorter detection times, for final destination, and for capacity (conventional or nuclear). They bear harmful consequences on deterrence, as they will increase widespread insecurity.

Of these 13,000 warheads, nearly 4,000 are immediately operational, ready to destroy the world. Most of them are in the hands of the United States and Russia, but the contraction of the detection / reaction times and the hypotheses for use in theater (that is, in short, for a conflict limited to the European theater) cannot fail to be worrisome.

Given the increasingly short timeframe for detection and the consequent response, there is a tendency to apply artificial intelligence (AI) systems on a large scale in this sector, considering that it offers high data analysis and processing capabilities in very short spaces of time. But, having assessed the margins of error and the vulnerabilities of information technologies (which exist, even if they are not mentioned), the risk of a conflict due to an AI defect, which could cause the destruction of humanity, increases at the same time.

Despite the fact that the International Red Cross and the International Red Crescent have long highlighted in a document the impossibility of winning a nuclear war due to the serious mutual damage at the humanitarian level, the nuclear option remains in the speeches of the leaders and in the documented strategic powers of the strongest countries and also of NATO, which has recently reiterated its importance by affirming the “commitment to maintain an appropriate mix of nuclear, conventional and missile defense capabilities for deterrence and defense” (North Atlantic Council Communiqué, Brussels June 14, 2021).

In Madrid, last July, the three co-chairs of the Fourth Ministerial Meeting of the Stockholm Initiative for Nuclear Disarmament (the foreign ministers of Germany, Spain and Norway, Heiko Maas, Arancha Galez Laya and Anne Linde) launched a public appeal to appreciably reduce the number of warheads and strategically advocated for “a new generation of arms control agreements.” German Minister Maas declared that “we must build on this now, through clear steps by which states with nuclear weapons fulfill their obligation and responsibility to disarm.” The Stockholm Initiative was launched in 2019 with 16 foreign ministers of non-nuclear weapons states (NNWS), in order to strengthen the Non-Proliferation Treaty (NPT) and to promote disarmament for a world free of nuclear weapons. Recently in 2020 he presented 22 precise proposals at the Berlin summit (the so-called “Stepping Stones”) to revitalize a disarmament process that is going on slowly, to say the least.

Even NATO or pro-Western countries are pressing in this direction, given that after half a century from the signing of the NPT, the ultimate goal has not only not been achieved, but there is not even a timetable with fixed times. Faced with this resistance and slowness, in 2017 the UN General Assembly approved the Treaty on the Prohibition of Nuclear Weapons (TPNW) with the support of 120 countries, which provides for immediate nuclear disarmament by the adherents.

The TPNW went into effect this year, but was not signed by the nuclear powers and their allies. Unfortunately, Italy also stands out among these, as a signatory of the NPT. We are in favor of nuclear disarmament, but in the meantime we host (at bases in Aviano and Ghedi) dozens of US B-61 bomb warheads, destined for a possible tactical theater war, to be fought in Europe, that is (it is good to always remember) based here in our house. The B-61 bombs (in the most powerful and advanced version 12) will be carried by F35, invisible to radar and with greater flight range, to penetrate deeper into the territory of neighboring Russia. The latter, also committed to the renewal of its nuclear arsenal, warns of this threat of US bombs placed near its borders as another obstacle to a dialogue on the matter.

If during the first Cold War, Washington and Moscow were able to confront and discuss on various tables on the matter, for years the talks and contacts have been suspended in a worrying way. The last meeting was between Obama and Medvedev in 2010 with the “New Start” which established a maximum limit of 1,550 operational nuclear warheads and a maximum of 800 carriers for each of the two superpowers. The only sign of hope is the renewal of the agreement activated by Biden and Putin at the beginning of this year.

The Italian government, in order to operate jointly with NATO allies and especially with the USA, has opted for support for the NPT over the TPNW, in the hope of making the superpowers take some steps forward in the framework of the first treaty, since the latter provides an immediate zero option which they are not certainly willing to do. Italian civil society, which with the No-Atomic Campaign and the commitment of the Italian Peace and Disarmament Network, has for some time been requesting the initiation of government action on several levels to prevent a passive acceptance of the reality of nuclear arsenals, which constitute a serious threat to international security. 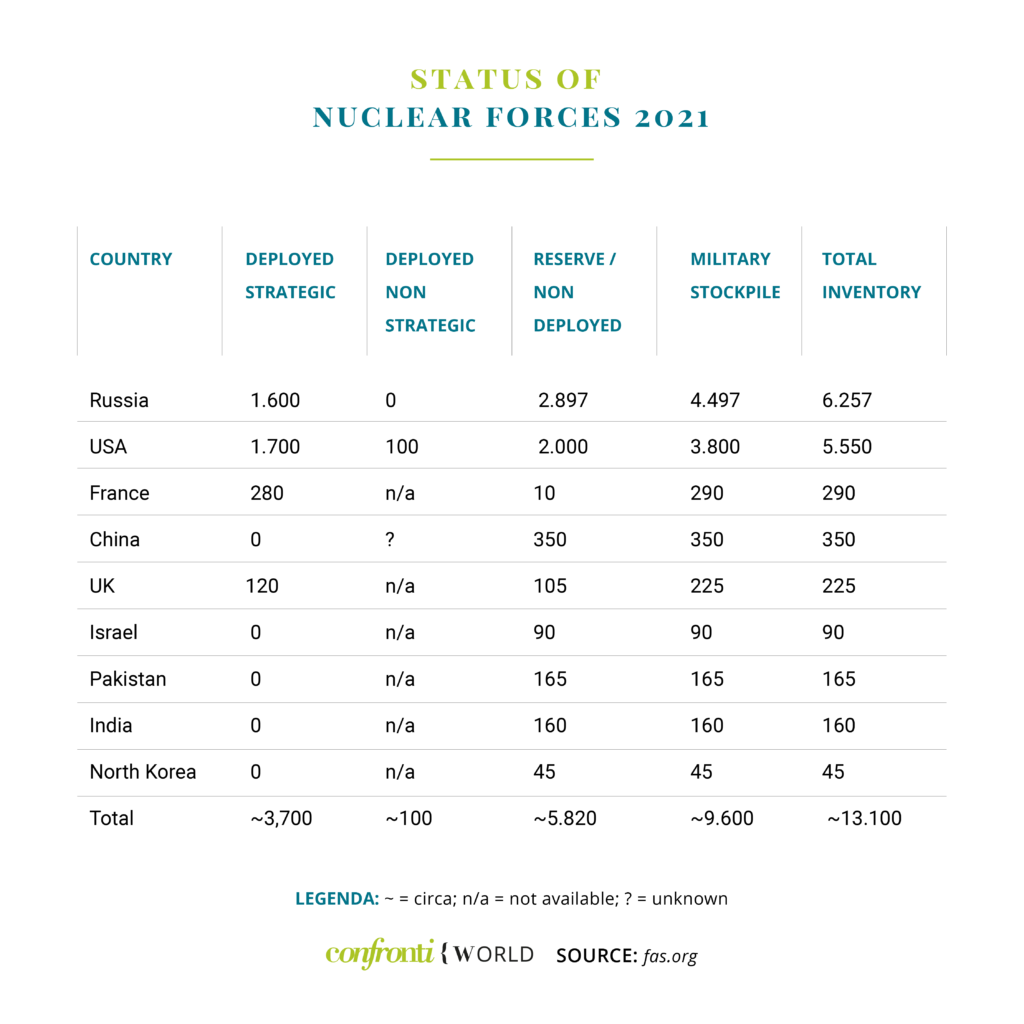 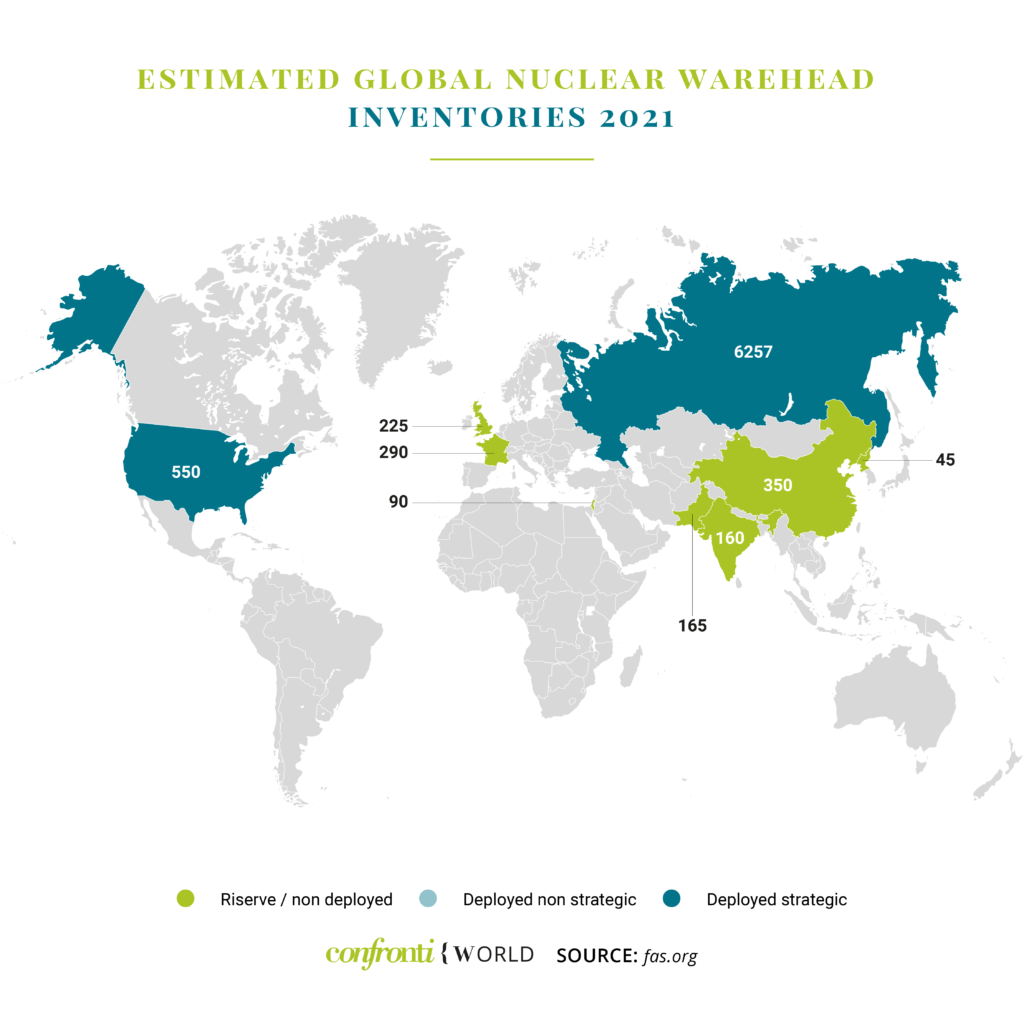 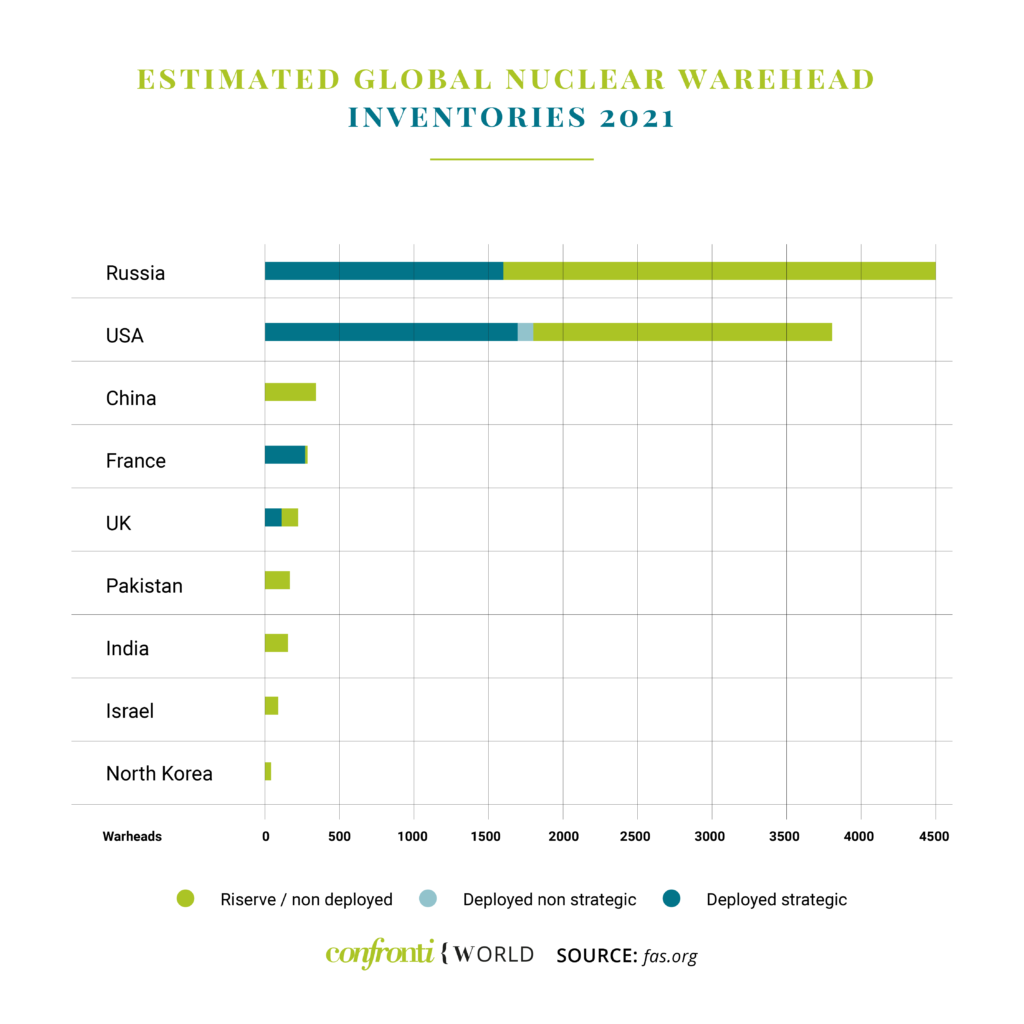 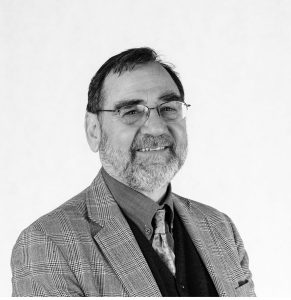 The blood spilled in Ukraine cries to the...