Home » Oseyev. The History of a Ghost Town

Oseyev. The History of a Ghost Town

by Vera Pozzi, post-doc researcher within the Postsecular Conflicts Project of the Department of Sociology of the University of Innsbruck

“[Perhaps these places] are awaiting a new vocabulary, new figures […] because many of them have not constituted mere changes in the landscape as much as changes in life”.

Oseyev, The History of a Ghost Town, the latest work by the Moscow photographer Vladimir Seleznev (1984)—and included on the short list of the Self Publish Riga 2021 competition—focuses on the new residential areas built beyond the Mkad, the outer ring road of Moscow. The project explores a phenomenon that is also, but not exclusively, linked to an ambitious plan promoted by the mayor Sergei Sobianin in 2012. He envisioned the construction of a New Moscow in the southwestern suburb of the capital. The goal, according to official statements, was to offer new homes on an area of ​​1,480 km², which would be configured as an administratively independent region, equipped with services and new communication routes, capable of creating 1 million places of work and to attract 2 million inhabitants over the years.

Starting from 2012, Vladimir Seleznev has photographed not only New Moscow, but many other building expansion spaces outside the Mkad. He has gradually documented the existence of countless areas only partially inhabited, without roads or means of transport, and without promised services. One day he came across the Novoe Domodedovo neighborhood, abandoned at the time following the bankruptcy of the builders, and so he decided to continue his work focusing on many other residential complexes in the same conditions. The Oseyev Project – the name of an imaginary city, which in reality represents the different points of the suburbs where Seleznev worked for seven years – is built according to the characteristics of pseudo-documentary research.

Seleznev described its content in an interview for the Photographer.ru portal:

“All the materials (photos, flyers, newspapers, texts) are neither completely authentic nor completely invented. […] Each element of the book can be ‘understood’ both from the perspective of a utopia on an abandoned city, and as a document of New Moscow.” The author goes beyond the language of the photo documentary, as well as that of landscape photography; he hides his name in the minute lines of the colophon, and highlights a collection of materials that, taken together, tell a story. The beginning describes the promises received: new neighborhoods, affordable prices for those who have never been able to buy a house, progressive development of on-site services – playgrounds, parks, kindergartens, schools, shops, construction of a road network and extension of the lines of the means of transport. In a word, the promise of a future.

All these elements clash with the photographic apparatus of the book, which in its 127 pages shows a reality made up of huge neighborhoods surrounded by expanses of mud or mounds of earth mixed with debris and scraps of construction materials, rubbish never collected, and of interiors without finishing and already unsafe, or abandoned and vandalized. The epilogue of the book tells of an Oseyev abandoned by its inhabitants, exhausted by decay, the lack of security and acceptable living conditions, deceived by the promises of builders who then systematically end up in bankruptcy.

In her interview, Ksenia Golubovič refers to the traumatic experience that contact with the state, with the public dimension, entails in today’s Russia. This is how one of the voices of the inhabitants of Oseyev seems to echo: “All the buyers, including pregnant women and the elderly, attended the hearings regularly, organized demonstrations and individual pickets, wrote letters to the authorities […] – they practically did whatever they could to draw attention to the problem. Yet we had the feeling of not being listened to.” Oseyev gives voice to the experience of many, not only in Russia, and demonstrates that the work of art and culture can be closer to reality than breaking news of information channels.. 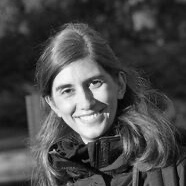 After post-Soviet Russia: Civil Society, Culture and the Future

After post-Soviet Russia: Civil Society, Culture and the...