by Giorgio Gomel, Economist, member of the Istituto Affari Internazionali (IAI), of the Steering Committee of JCALL-Italia, and of the Alliance for Middle East Peace

The New Israeli government, so heterogeneous in its components, will not be able to reach a negotiated solution to the conflict with the Palestinians. There are other priorities that are urgent, that may painstakingly reconcile those different components: the dysfunctions of a still-evolving democracy, the gravity of the pandemic, the worsening of social inequalities, the explosion of inter-ethnic violence between Arabs and Jews, the wave of organized crime in the Arab-Israeli community, the sick relationship between religion and state.

Prime Minister Naftali Bennett is ideologically opposed to the birth of a Palestinian state, even if it is restricted with limited sovereignty and good neighborly relations with Israel. Yair Lapid – Foreign Minister, future Prime Minister and leader of the largely majority party of the ruling coalition – is not against the principle of “two states for two peoples,” but does not believe that such a solution can or should be translated into action at the moment. He also believes – and so stated in a recent public intervention – to offer the residents of the Gaza Strip an agreement purportedly balancing “economic development and security”: this agreement, carried out under the supervision of Egypt and with the participation of the Palestinian National Authority, should eventually assume control of the crossing points at the border between Gaza and Israel, which ensures supplies of electricity to the Strip and an increase in the exchange of goods between Gaza and Israel. Additionally, over the long- or medium-term, the agreement provides for the opening of a merchant port and a physical link with the West Bank, as prefigured by the Oslo treaty and subsequent agreements between the parties.

Enjoying the benefits of the world’s gratifying euphoria after the end of the Netanyahu era, Bennett was able to meet Biden and Egyptian President Abdel Fattah al-Sisi, as well as the Jordanian ruler Abd Allah II in an officially “secret” meeting. The celebrations of the first year of the normalization agreements with the United Arab Emirates and Bahrain, known as the Abrahamic Agreements—going beyond the rhetoric—have revealed that expectations that the agreements could open up a more positive horizon are, for now, illusory. These parties are still willing to press Israel regarding negotiation with the Palestinians and a political-economic commitment of the Gulf countries and other Arab States, although there is no longer mutual agreement that the end of the occupation and the birth of a State of Palestine are a sine qua non for the recognition of Israel and normal relations with it.

The meeting of Defense Minister Binyamin Gantz with President Mahmud Abbas – the first of its kind in 10 years – was important: it follows a long period of rupture marked by Netanyahu’s explicit desire to de-legitimize and weaken Abbas himself and the institutions of the Palestinian National Authority. The agreements that have arisen concern both security cooperation between the Israeli army and the Palestinian National Authority police, and the material conditions of life in “Area C” of the West Bank under Israeli military occupation, where about 450,000 Israeli settlers live—and about 100,000 Palestinians. In particular talks addressed the permit to build 1,000 homes for Palestinian families on the land, where so far the permits have been very limited and the demolition of “abusive” houses and the expulsion of the inhabitants has become something of a recurring trend. They also granted another 15,000 Palestinian workers, in addition to the approximately 120,000 already in existence, to cross the border daily and work in businesses or services in Israel, where the minimum wage is about three times higher than in the West Bank.

In a subsequent meeting with Abbas, the Ministers of Health Nitzan Horowitz and of the Regional Cooperation Issawi Frej—both belonging to Meretz, the party of the left that has always defended the two-state solution—reaffirmed and strengthened these intentions.

In the session of the UN General Assembly at the end of September, the “Palestinian question” remained in the shadow. A threatening hint from Abbas in his message about the intent to revoke the acts of recognition of the pre-1967 Israeli borders and the Oslo Accords sounded irrelevant in a very difficult internal context after the postponement of the parliamentary and presidential elections in Palestine, as well as the growing dissent that the PNA encounters in public opinion, particularly among youth. The pessimism in the population about the operational capacity of the Palestinian National Authority is measurable by the polls: almost 80 percent of those interviewed believe that President Abbas should leave his post; over 70 percent strongly doubt that the negotiation will lead to a peace agreement with Israel in the years to come.

Joe Biden, Josep Borrell (the High Representative of the European Union for Foreign Affairs and Security Policy) and Angela Merkel have in fact not even alluded to the matter beyond a general call for some progress on the resumption of negotiations. In short, the community of nations looks at the new government with a benign eye.

Yet to believe—as does the vast majority of the Israeli public—that the conflict can be managed in “low intensity” forms and that the status quo can be sustained indefinitely, is to believe in an illusion. Also illusory is the idea—also dominant in the country—that, given the regional disorder, it is better for Israel not to take a peace initiative and to wait for more propitious events. The human and material costs of “non-peace” are enormous, as evidenced by the umpteenth war in Gaza last May (with about 230 victims among the inhabitants of the Strip and over 1000 houses destroyed), the obsessive repetition of violence by settlers against Palestinian neighbors and the Israeli activists who come to their rescue, and the succession of Palestinian victims in clashes with the army on the streets of Jerusalem and the West Bank.

What should and could the EU do in a more effective mediation action? Some proposals come from the Policy Working Group – an informal group of former Israeli diplomats and academics of high standing. The relevant points are: a) forming a “coalition of willing” Europeans that pushes for a resumption of negotiations, coordinating action primarily with the United States and with Arab countries (Egypt, Jordan); b) press the Palestinian National Authority to hold elections that have been indefinitely postponed for now; c) initiate contacts with Hamas under the condition that it abandons violence in order to reach a long-term truce with Israel and a reconstruction of the economy and civil life in the Gaza Strip, removing the blockade imposed by Israel and preventing further acts of a useless and unfortunate guerrilla warfare; d) to make a clear distinction between Israel and the settlements in the Territories, strengthening the European directives on the precise “labeling” of Israeli settlements; e) to oppose more firmly the expansion of these settlements, a process whereby the occupation becomes permanent annexation in the surreal expectation of a final agreement based on the two states; f) formally recognize the State of Palestine, an act which, although symbolic given the conditions on the ground – the territory would be limited to “area A” of the West Bank, just 20% of this territory, administered by the Palestinian National Authority – could be effective for the purpose of a peace negotiation between two states: the conflict would in fact become a more “normal” conflict of a political-territorial nature between two states, no longer between the occupier and a movement still burdened by the PLO’s guerrilla legacy and instances of missing Palestinian refugees. 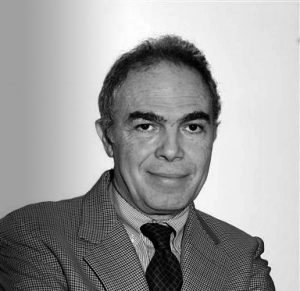 Economist, member of the Istituto Affari Internazionali (IAI), of the Steering Committee of JCALL-Italia, and of the Alliance for Middle East Peace

Oseyev. The History of a Ghost Town

Emmanuel Macron: A Great Victory with an Uncertain...

“Everything is still possible.” An Interview with Israeli...

Evangelicals in Brazil: An Irrepressible Rise