Home » Pakistan: Being a Woman of a Religious Minority

Pakistan: Being a Woman of a Religious Minority

Pakistan consists of 4 provinces: Balochistan, Khyber Pakhtunkhwa, Punjab and Sindh, and two autonomous territories: Azad Kashmir and Gilgit-Baltistan. The state religion is Islam, professed by 96.47% of the population (equal to over 207.68 million, according to a population census in 2017). The remaining 4% is made up of Hindus (1.73%), Christians (1.27%), Ahmadiyya (0.09%), Sikhs, Baha’is and other religions (0.02%). Pakistan follows the Common law model, even if the prevailing constitutional framework is based on the Islamic Sharia.

According to the November 2021 report “Abductions, Forced Conversions, and Forced Marriages of Religious Minority Women and Girls in Pakistan” by the APPG for Pakistani Minorities (a British parliamentary group for Pakistani minorities), the kidnapping cases of girls, young people, and women belonging to Christian, Hindu and Sikh religious minorities between 12 and 25 years old have been increasing in recent years. They are kidnapped, converted to Islam and forced into marriage with their kidnappers or third parties. According to provisional estimates reported in the study, 1000 young women and girls from religious minorities are subjected to this treatment every year. The aggravating circumstance is that these cases go unpunished. Often the accomplice is the “blind police,” who are reluctant to carry out investigations. Usually, in the moment after the kidnapping, the relatives of the victims ask for a first informative report (FIR) to the police. But after a few days is the delivery of the conversion certificate to the parents, as well as the marriage certificate. Conversion and marriage are labeled “consenting” and “volunteer.”

These cases are more frequent in the provinces of Sindh and Punjab. In Sindh, according to the 2017 Census, the Hindu population constitutes 6.51%, the Christian one 0.97%; in Punjab, 2.31% are of the Christian faith, 0.13% of the Hindu faith.

Forced kidnapping, conversion and marriage are possible for the approval of the clerics, who play a key role in the conversion and marriage process between victims and kidnappers. In Pakistani politics, trying to thwart any religious leader can be interpreted as an attack on Islam. For this reason, the practices of clerics are tolerated by government officials and politicians.

While there are no laws that criminalize forced conversions, there are some that, if applied, can lead to a decrease in these crimes.

In the section “Of Kidnapping, Abduction, Slavery and Forced Labor of the Pakistani Criminal Code,” (1860), Article 361 criminalizes the kidnapping of a child under 16 for a woman and 14 for a man. Article 364A provides for the punishment of death, life imprisonment or imprisonment of not less than 7 years for anyone who kidnaps a person under the age of 14 for having exposed him to the danger of murder or with the clear intent of killing, or intends to cause her serious wounds, subject her to slavery, or out of lust. Article 498 B criminalizes forced marriage.

The Federal Child Marriage Restraint Act 1929 (amended) states that the minimum age for marriage is 16 for women and 18 for men. This law contradicts the Sindh Marriage Restraint Act 2013, which prohibits marriages under the age of 18 for both males and females in Sindh province and where marrying or assisting the marriage of a minor is a criminal offense. In practice, national courts provide legitimacy for child marriages based on Islamic Sharia law.

In 2016 the Criminal Law Bill (Minorities protection) was approved by the Sindh Provincial Assembly, which prohibits forced conversions and marriage before the age of 18. But, due to pressure from Islamic parties, the governor of Sindh decided against using his signature and making it operational. Some Islamic leaders had considered the act contrary to Islam in establishing a minimum age for conversion and / or marriage. A few years later, in 2019, a special federal parliamentary commission was set up to address the issue of conversions and forced marriages. The Commission, after its investigation in the field, concluded that the fact does not exist and, in the only case it had found, concerned a girl who had converted and married with her consent.

In 2020 a law to protect religious minorities was rejected by the Senate and then, in February 2021, another was rejected, this one a proposal to ban forced conversions and marriages, prescribing protection and assistance to the victims of the two crimes and condemning up to 14 years in prison kidnappers and those responsible for the forced conversions of young women. 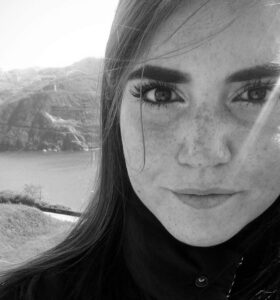 Skam Italia 4: Under the Veil of the Second Generation

Freedom of the Press: A Vaccine for Disinformation