By Enzo Ciconte, Historian, writer, Professor of the History of Italian Mafias at the University of Pavia, and the former consultant to the Parliamentary Anti-Mafia Commission.

There is something that clashes on this occasion of the thirtieth anniversary of the massacres of Capaci and Via D’Amelio, in which Giovanni Falcone, Francesca Morvillo, Paolo Borsellino, and all their escorts were horribly murdered. Thirty years ago those massacres shocked Italy and changed its destiny.

It was a clear break. Many things changed, starting with the fight against the mafia that the state—finally and with a guilty delay—took up immediately afterwards. A new season of judicial aggression began, which caused the famous dome of the mafia organization Cosa Nostra to collapse and unhinge. Many mafia members—including important ones who had had important roles in the dome and in the organization of the massacres—decided to abandon the Cosa Nostra and go to the State.

These collaborations were decisive in the defeat of the Corleonesi group gathered around Totò Riina, the leader of the leaders as he was defined. Riina was captured immediately in early 1993 and Bernardo Provenzano was captured in 2006 after 43 years of inaction. That capture marked the end of the long Corleonesi cycle. All those who were part of this mafia grouping have died at 41 bis like Riina and Provenzano, or are sentenced to life imprisonment.

Today Palermo and Sicily are completely different than they were thirty years ago. To say that the state has scored a point in favor is not an exaggeration. There is a new climate, there is a more attentive and reactive civil society, there are no more people killed as they once were.

There was a cultural shift, and it would be wrong to deny it. The mafia, however, has not completely disappeared; you can see it from how they show themselves present in the territories, in attempts to impose the ancient practice of “security protections,” sometimes succeeding, other times not. They are men released from prison who try to revive the ancient glories, or they are the “escaped” (the men defeated by the Corleonesi, who took refuge in the United States of America to save themselves), who try to regain the territory they once dominated. But it is no longer the Corleonesi mafia.

It is a mafia that, beyond these manifestations of existence in life, moves smoothly, is more sheltered from the spotlight, and is careful not to attract media attention. And it weaves relationships, does business, builds bridges for the future. It is very dangerous because it is not immediately noticeable. It is trying to reorganize itself by looking to the future and developing itself as different from how they were in the past.

This clashes with a part of politics and civil society. What is striking is the fact that, in view of the election of the mayor of Palermo and the regional council, the news reports record an unusual and disturbing presence in the choice of many candidates to build alliances with two characters, namely  Totò Cuffaro, the former president of the Sicily Region, and Marcello Dell’Utri, former senator and friend of Berlusconi. Both were convicted of mafia crimes and served their sentences.

It is part of the constitutional right of these citizens to take an interest in politics. What is truly singular and surprising is that the candidates in question pamper them, seek them out, flatter them. In a word, they do not refuse the votes that alliances with these two can attract, especially Cuffaro, who commands great influence through personal favors. And this represents a problem of primary importance because it means that there has not been a change in the ruling class, and that those votes, instead of being reconverted for a new political project, remained in the refrigerator, waiting to be thawed by Totò’s “vasa-vasa.”And  to be used at will.

There is an even bigger clash with the fact that, in the national parties—those to which the two belong—and, above all, in those of the center left, the problem has not been adequately raised and a political-cultural battle is brewing. I dare not imagine what could happen if a mayor of Palermo were elected with the votes of Cuffaro and the sponsorship of Dell’Utri, and presented himself with the tricolor sash at the commemoration in Via D’Amelio. It clashes with a recent moment: when the Prime Minister Draghi, at the recent forum on the South, gave an interesting speech but one that had a fundamental flaw: he did not speak of mafias on the eve of the anniversary of the massacres, and he did not stress that the mafias have represented and represent a powerful obstacle to development and a deadly enemy for the future of our land. 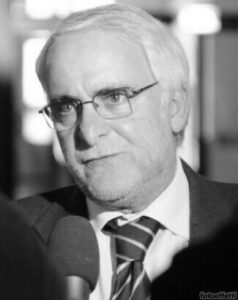 Historian, writer, Professor of the History of Italian Mafias at the University of Pavia, and the former consultant to the Parliamentary Anti-Mafia Commission

1992. The Year that Shocked but Did Not Change Italy