Home » On the Front Lines of Reconciliation

Dieudonné Nzapalainga is Metropolitan Archbishop of Bangui, capital of the Central African Republic and has always been at the forefront of the process of reconciliation and pacification of this country which has been torn apart by civil war.

Dieudonné Nzapalainga, born in 1967 to a Catholic father and a Protestant mother, is Metropolitan Archbishop of Bangui, the capital of the Central African Republic. He was ordained a bishop in 2012 and has been a cardinal since 2016. He is still the youngest cardinal of the Catholic Church. He is known for his ecumenical and inter-religious commitment, oriented towards reconciliation, in a country among the poorest in Africa, tormented by bloody conflicts.

In May, his latest book was released in Italian bookstores. In My Struggle for Peace: With Bare Hands Against the War in Central Africa (published by Libreria Editrice Vaticana with a preface by Andrea Riccardi), he recounts his work at the forefront of the process of reconciliation and pacification of the war-torn country, together with representatives of the Protestant Churches and Islamic communities. Confronti was able to meet him thanks to the interest of Desirée P. Orange, an Italian pedagogist, who directs an educational project for children on the outskirts of Bangui, which she initiated and which is supported by the charismatic community to which she belongs, the Evangelical Church of Reconciliation.

Cardinal, you are famous in Europe for your commitment to reconciliation in the conflict that tears apart your country, the Central African Republic. Can you briefly summarize the story of this tragedy for the reader?

Our country has experienced several coups and institutional upheavals. In 2010, a rebellion broke out in the north of the Republic. A pastor and an imam came to me and asked me: “Have you also heard the news that we have heard, that is, that the rebels attack pastors, nuns, priests and other religious leaders?” I answered in the affirmative and we immediately identified the need to write a message and meet the authorities, to tell them: “Our country knows no religious wars and we don’t want any; we do not want the manipulation or exploitation of religions for political ends.” We asked to meet with the president of the time, Bozize, who did not respond. Positions hardened. There were those who claimed that Christians had ruled the country for too long, and those who feared that Muslims would impose the burqa on women. We repeated: “Power wants to use religion, but we disagree. And with Muslims we have always maintained a beautiful peaceful coexistence, therefore we must not give in to this demon of division. The devil, etymologically, is precisely the one who divides.”

With this, you have already partially answered the second question: from the very beginning you have chosen an ecumenical approach to the conflict. What are the characteristics of your interfaith and interreligious work?

I start from the assumption that I do not have all the answers on my own: around me there are women and men, who do not attend the same church that I attend, but who have convictions and share values ​​on which we often meet. It can happen at the market, in the office, on the street: we share a lot. And when common sense is shared, the Holy Spirit blows on everyone. I was lucky enough to be born into an interfaith family, a Catholic father and a Protestant mother, there has never been a religious conflict, always respect, esteem, welcome and hospitality. I inherited ecumenism in my blood. I have already experienced collaboration with Protestants at home. And now is the time to extend this fraternity to Muslims: when death comes, with soldiers and weapons, it does not select between religions.

We have told our faithful, to all those who have taken up arms. For me, a Christian, the prayer of Jesus in John 17 is relevant, that we may be one. Unity is not monolithic, it is difference. Muslims, Protestants, Catholics, are different, but we can unite to announce a message that concerns us all and everyone. The imam came to me, with his wife and his children, we lived together for six months and we managed together the times of meals, the respective prayers, the accompaniment of the children. The Koran and the Bible teach us monotheism. We said to ourselves: let’s not go looking for what divides us, but let’s look in the Koran and the Bible for what allows us to talk about peace. And each comes with his own saddlebag, with his own sack, which contains the words of the canonical writings, which, in turn, contain values. Both the Bible and the Koran affirm that the human being is the image of God. And even those who do not believe are a son or daughter of God for us and we are called to do everything possible to protect their life.

To help us understand: what is the religious composition of the Central African Republic?

The majority is Protestant, a little more than 50%; more than 30% are Catholics, there is 10% Muslim, the others are animists.

And does the dialogue involve everyone?

Yes, it is open to all. Everyone can make their own religious contribution, to build a world of fraternity.

Cardinal, you have told us that you come from an interfaith family. What does it mean for you, born in this context, to be bishop of the Roman Catholic Church?

I begin by saying: Catholic means universal. Everyone could find their place in the Catholic Church, understood in this way. I joined this Church and therefore there is room in my heart for sisters and brothers who do not come to pray in the same church that I go to. Others also aspire to this universality. Starting from a Roman Catholic reading of the Bible, or from a Protestant one, or from acquaintance with the Koran, we often find ourselves defending the same values ​​and the same patrimony of human lives. This means learning that the other has an inspired word to tell me and that I do not have a monopoly on the truth.

This requires a lot of modesty, humility. Being Roman Catholic, in this context, means living a real openness. Otherwise, I define myself as a Catholic and then I shut myself up in my small group and my catholicity is reduced to my small group. But the matter is much broader, because God is much greater.

In recent months, we Europeans have been very focused on the war in Ukraine. What is your opinion on this tragedy?

First of all, I condemn all violence, which then produces consequences and makes us regress, disfiguring the image of Christ in the human being.

Having said that, I believe that we must offer our contribution: not only to condemn, but also to attempt mediation. I was struck by the pope’s offer to go to Moscow. I don’t see many other mediators right now, people going to Putin and Zelensky to say: stop. When it comes to war, it is necessary to negotiate. The solution cannot consist in providing more weapons to one or the other. The idea of ​​identifying someone with the devil and ourselves with angels does not correspond to my way of seeing things. It is precisely a question of going to discuss with whom we consider the devil, because if we encourage him to persevere in his violence, the problem remains as it is. At the end of the war, there will still be a Russia, but which one? There will still be a Ukraine, but which one? It is necessary to open paths other than the military one.

I offer you an example. When the pope came to us, he went to the Muslim quarter, he met the people, in an open, unprotected vehicle. Some young armed men approached, shouting and insulting us. Someone was beginning to be afraid. I listened to these people, and I told them: we must march together for peace. We march for peace with our enemies, not alone. The imam told me: “We have to come here and meet the militia leader.” We did it. There were weapons everywhere, this chief was sulky and silent. I told him: “You are a young man, there is goodness in you. Why don’t you look at me, why don’t you smile?” At one point he smiled at me, but he kept silent. He got up, he left, leaving me alone in the midst of weapons and armed, like Daniel in the lion’s den. Then he came back with a prisoner and said, “We had to shoot him. But since you have come to speak to me, we free him.” I mean, I went to the one who considers himself the devil, and I talked to him.

This also applies to Ukraine: the solution, I repeat, cannot be solely military.

You will come to Europe to present your book My Struggle for Peace. What can you anticipate from this undertaking?

It is a proposal to overcome hatred. When we leave together to make peace, at first the Catholic goes to the Catholics, the Muslim to the Muslims and the Protestant to the Protestants. But then we bring them to talk together and in doing so we begin to overcome divisions. Through many anecdotes, I intend to tell this journey to brothers and sisters and when I am in Italy we will discuss it.

Cardinal, you are a world-renowned personality, who is speaking with us at this moment because we have been put in contact by Dr. Desirée Pescente: an Italian evangelical woman, member of the Church of Reconciliation, who has been working in Central Africa for years, where she set up and runs, more or less alone, a school for poor children. Could you tell us about your friendship with Desirée P Orange?

When Desirée presented herself with the school project, it seemed important to me to join forces, because it is a prophetic school, in which what we have talked about in this conversation is witnessed to the children. She and I are, so to speak, one heart and we work hand in hand. 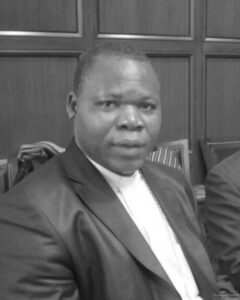 Not Even a Whole Century of Peace: The...