Home » “I live but I don’t exist.” The Commitment of the Spanish Evangelical Church in the face of migration

by Israel Flores Olmos. Pastor of the Spanish Evangelical Church (IEE) and Dean of the SEUT Faculty of Theology

“I live but I don’t exist” is the name given to an exhibition dedicated to emigration held at the Complutense University of Madrid. The purpose of the exhibition was to raise public awareness of the situation in which migrants and stateless persons live. A front on which the Spanish Evangelical Church (IEE) has always been at the forefront in order to guarantee the right to study, access to decent work, social regulation and therefore the realization of a full life.

“I live but I don’t exist” is the name given to an exhibition on migration at the Complutense University of Madrid. The title is quite revealing, since it expresses the reality of stateless persons who are denied the right to education, access to decent work, social regulation, and therefore the realization of a full life. The statelessness of many refugees is due to legal obstacles to obtaining the nationality of the host country. But the “I live but I don’t exist” situation can be applied to many migrants because they do not have a residence permit, finding themselves in a situation similar to statelessness, not having the legal rights to access work, health, education, housing and freedom of movement.

According to UNHCR data, more than 82.4 million people have been forced to flee their homes, of which 26.4 million are refugees. Spain is one of the main refugee host countries in the European Union, after Germany and France. In 2020, according to data from the CEAR (Spanish Commission for Aid to Refugees), asylum applications totaled 88,762, a figure that was reduced by COVID, and the total number of applications processed (with the accumulation of previous years ) numbered 114,919—but unfortunately 95% of them were rejected. The countries of greatest origin in 2020 were Venezuela, Colombia, Honduras, Peru and Nicaragua; therefore 87% of the people who applied for asylum in Spain came from Latin America (77,533 applications). From these only a very small number of refugee statuses were obtained, even if they obtained authorization to stay. For example, 41,283 asylum applications were received from Venezuela, but only 6 people obtained refugee status; 97% obtained residence authorization.

The Mediterranean, on the other hand, is the scene of the continuous exodus of people who arrive in “boats” departing from North Africa, crossing the sea to reach the coasts of southern Europe, leaving a large number of deaths. Last year the deadliest route was the one reaching across the Atlantic to the Canary Islands, because according to the International Organization for Migration, one in five registered dead or missing migrants died in the Atlantic en route to these islands. It was the deadliest route in proportion to the number of arrivals, and the second ever, only behind the one that starts from countries such as Libya or Tunisia, and has Italy or Malta as its destination.

Unfortunately, the media present this situation without requiring the slightest solidarity, presenting migration as an “uncontrollable” phenomenon, effectively creating a pretext that supports xenophobic policies and in particular generating rejection and fear of citizenship. It should therefore be emphasized that immigration implies an effort to open up to the other (the other as a foreigner), to interculturality and dialogue in the field of ethical coexistence, the dimensions of human existence and the central elements of the Christian faith.

Ethics is necessary, dictating the responsibility of a person to others. Following the philosopher of Jewish origin Emmanuel Levinas, we would say that the other is not a “species” or object of study, but the face of the other questions me and challenges me. That becomes an ethical challenge for my free subjectivity, staring back at the face of the orphan, the widow and the stranger. The migrant’s face in this case is a word, a request, an appeal, a question for an answer, help and compassion. From the face comes the responsibility towards others, the result of dedication, donation, of putting oneself in the other’s shoes. For this, it is necessary to cultivate “a hypoallergenic relationship with otherness, with the other.”

Again with Levinas we would say that welcoming the other, the foreigner, the migrant—it implies a necessary interpretation of his context and of ours, in a relationship of openness. Furthermore, that face is naked and the nakedness of the face is privation, it is requested directly to me, since the face imposes itself on me without my being deaf to his call. Whoever is questioned by the face of the other demands an answer since “no one can answer in my place.” But it is necessary to respond to the need not as if it were an obligation or a duty, but as a responsibility, as a deacon. Thus, before the other, before the migrant, one is infinitely responsible. It is in the dotted line by Jesus when he said: “Truly I tell you, whatever you did to one of my brothers, even the smallest, you did to me” (Matthew 24:40).

From this need for diakonia arises from the encounter with the other. The Spanish Evangelical Church (IEE), which is a united and Presbyterian Methodist Church, has been committed from the outset to responsibility towards migrants and refugees. After all, Spain during the Franco dictatorship was a country of emigration. Due to the intolerance and persecution of the state towards any dissident movement, Protestant churches were also subjected to persecution, for which people of the churches and some pastors with their families had to leave Spain. Once religious freedom was established in 1978, the IEE committed itself to defending human rights and the integral development of refugees, stateless persons and migrants in need of international protection and/or at risk of social exclusion. With this intention, together with other religious denominations, political parties, trade unions and social organizations, the IEE founded the Spanish Commission for Assistance to Refugees (CEAR) in 1979. It is a voluntary, humanitarian, independent and plural organization of action; inspired by a deep respect for the values ​​of justice, solidarity, freedom, equality, independence, ethical commitment, plurality, transparency, participation and coherence.

The IEE has worked from the beginning with the CEAR, with the voluntary service of some members of the Church, but also offering physical spaces for the reception and counseling of migrants. These spaces were both offices within the churches themselves, to give orientation and training to migrants; as well as retirement homes to provide short-term stays managed by the CEAR.

But in addition to the relationship with the CEAR, the IEE has other services that contribute to welcoming migrant people and families. In Barcelona there is the El Far Association, which in its Moisés Center takes care of girls and boys aged 4 to 11, who find themselves in situations of social risk, among which the vast majority come from migrant families, about 75 boys and girls. The Moi Jove guides and accompanies adolescents aged 12 to 16 in the context of their physical, emotional and social development. Another similar project is called Espai Xala and offers guidelines and guidance to promote healthy habits, learning strategies and school support. 18 boys and girls are supported.

In Madrid, however, through the Protestant Social Action (ASP), the Consuelo Olmo wardrobe is supported, which opens weekly and serves on average between 80 and 120 people a week. In 2019, 30,303 items of clothing, shoes, dishes or household linen were delivered. There is also the Meeting Space for Immigrant Women (EEMI). This activity takes place on Thursday of each week where various workshops, courses, conferences and group dynamics have been held which encourage their integration into the group and ensure they maintain a positive individual attitude. During 2019, a total of 586 women participated in various activities on Thursday. Due to the pandemic, these activities were paused, but are now being reactivated. There is also the Food Bags project. A total of 4,620 bags of food were delivered in 2019 to people in need.

In the Levant, the IEE has a social action called CAMINO, which deals with the distribution of income for the most vulnerable families, and most of the people who benefit from their projects are migrants from Latin America or Muslim migrants, who are from various countries of Africa and the Middle East. In addition to annually distributing almost 90,000 kg of food, clothing and goods to nearly four hundred families, they are provided with guidance, accompaniment in their processes (social, legal, vital), psychological support, school support for minors, information on the social resources of the city, etc. Every Monday the temple of the Church of Christ Alicante is transformed; it becomes a reception room for the families who travel to visit it.

This is the IEE’s response to the “I live, but I don’t exist” status of migrants. Given the processes of redefining identities, it is clear that we live in a world marked with great fracture lines, where migration is a factor that plays an important role, not only for the migrant, but also, in this case for Europe, where people are Eurocentrically focused on supporting what is familiar and are repeatedly closed to the other. But we cannot forget that our current world hosts cultures with more intense relationships than any other stage; it is the result of the intersection of many heterogeneous worlds. And when these intersections do not come together fruitfully, hostilities emerge between different worlds, trapping individuals divided between multiple affiliations in the middle. The challenge is for our encounter with the other to strengthen our coexistence—to strengthen the welcome that is given to him, and to base his new life in justice, so that “I live, but I do not I exist,” can transform to “we live and exist in complete freedom.” 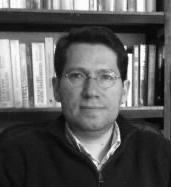 Migration Stories: Those economic migrants to whom Europe does not open its doors

Refugees crisis in Bosnia. The commitment of the...