Home » 1992. The Year that Shocked but Did Not Change Italy

1992. The Year that Shocked but Did Not Change Italy

“1992 represents a watershed in the history of Italy—a year that in its meaning is very similar to what 1969 represented for my generation: the loss of innocence, with the beginning of the massacre and the strategia della tensione (strategy of tension).” With these words, the former minister of justice, now president of the law degree course at Sapienza University in Rome, Oliviero Diliberto, opened a conference organized by the Libera association in Room VII of the law department. It was a moment of confrontation and debate entitled NEXT → Palermo 1992 – Rome 2022. The occasion, needless to say, was the anniversary of the murder, on 23 May 1992, of Judge Giovanni Falcone, of his wife, the magistrate Francesca Morvillo and their escort agents Antonio Montinaro, Rocco Dicillo and Vito Schifani. And it is precisely starting from the fundamental work coordinated by Giovanni Falcone, considered “the crucial turning point in the state’s ability to intercept the corruptive and criminal plots of mafia-type organizations,” that the council of Libera Roma organized this conference, intended “to look to our time and to deepen the understanding of mafia phenomena in the capital,” as found written in a note. A debate that crossed three different perspectives in the fight against the mafia: journalistic, judicial, and political.

“Giovanni Falcone’s ideas not only walk on our legs, but are the infrastructure of modern anti-mafia campaigns,” said magistrate Ilaria Calò, Deputy Prosecutor at the District Anti-Mafia Directorate (DDA) of Rome, speaking at the same conference meeting. Calò explained the innovations and insights brought by the Palermo judge “in having understood the importance of the nationally-funded investigations on the wealth of the alleged mafia, looking also into the gray area of the matter and keeping in mind the importance of coordination and exchange of information between the anti-mafia prosecutors.” And again, he recalled that “our legislation in this sense is modern, although it is based on the bloodshed by Pio La Torre, the former deputy of the PCI, author of the bill that introduced in Italy the crime of mafia association, a law which allowed the confiscation of illicit assets, and which was approved only a few months after his killing, and a week after that of General Carlo Alberto Dalla Chiesa.” The Rognoni-La Torre law was approved on 13 September 1992, ten years before the year that shocked Italy, with the attacks, the Tangentopoli investigations and the end of the party system that had consolidated from from the advent of the Republic, after World War II.

Mafia in the Capital

1992 was a year which in some respects, perhaps, however, did not change Italy. This is demonstrated precisely by the prophecy of Giovanni Falcone about “Lazio, which is not a happy island,” mentioned in the course of his speech by Dr. Calò. “It is a region in which various criminal organizations still coexist, operating with a horizontal dimension, not top-down, that is, without a boss but with a real headquarters,” added the judge who coordinated the investigations against the mafia in the capital. Finally, Calò recalled the various judicial operations conducted by the DDA in recent years. From those against the Casamonica clans to the one against the clan of Fabrizio Piscitelli, aka Diabolik, killed on 7 August 2019 on a bench in broad daylight, in one of the most popular parks in Rome. Until the last judicial operation that led, a few days ago, to the judge for the preliminary investigations of the court of Rome, Gaspare Sturzo, at the request of PM Giovanni Musarò, to sign 61 requests for custody. This is all assuming the existence of a local ‘Ndrangheta criminal organization which also had various connections between accountants, bank managers and other professionals.

“Rome is the Italian city where suspicious financial transactions are most likely to occur,” signaled Giampiero Cioffredi, President of the Technical Scientific Observatory for Legality and Security of the Lazio Region. Adding that “16% of the companies confiscated in Italy are located in Lazio.” He also highlighted the risk of an underestimation of the phenomenon. “Until the 1980s, the political class had the ability to influence trials, to hide their dealings; now, they are more exposed,” Cioffredi reiterated. “For this reason, it is no longer necessary to fight the mafia; carabinieri are no longer needed; but more welfare actions are needed, and more tools for social inclusion.”

The Role of Information

“We need to aim a spotlight on the mafia and this must be done by through spreading information,” recalled Ilaria Calò herself, praising the work of Giovanni Tizian, reporter for the newspaper Domani. He too spoke at the conference that was held that morning at La Sapienza University.

Tizian is the author of some of the most important journalistic investigations on the mafia of recent years. In the recent past, due to his professional commitment, he had ended up heavily in the crosshairs of the Calabrian ‘ndrine rooted in Emilia Romagna, receiving heavy death threats, serious enough to end up under guard. In the sentence that led to the conviction of those who had threatened the reporter’s death, in the context of the trial that sentenced the members of a ‘Ndrangheta association headed by Nicola Rocco Femia, the judges highlighted that “the subversive plan to kill the journalist Giovanni Tizian, guilty of having denounced the criminal activity of the Femia in the press, is an attack on the Constitution which, in Article 21, establishes that the press cannot be subjected to censorship.”

Despite threats from people who “wanted to shoot him in the mouth,” Tizian continued to write, and the only silence he has known in recent years is the one that gives the title to his latest essay, recently published by Laterza and called Silence. Italy 1992-2022. “The addiction [of the system to the criminal world] is such that it no longer produces any fuss, and is considered ordinary administration in an anesthetized country which is exhausted by the criminal underworld. This silence, thirty years after 1992, is the symptom that nothing has changed.” The journalist writes, “There is only one way to break the silence that protects the system: to resist. Everyone should resist as they can. My form of resistance is writing.” 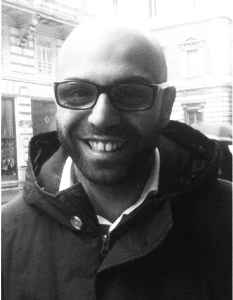