by Fulvio Ferrario, Evangelical pastor, Professor of Dogmatics and related disciplines at the Waldensian Faculty of Theology in Rome.

The war of aggression unleashed by Vladimir Putin’s Russia on February 24, 2022 is presenting itself as a massive turning point in world history.

Two years after the pandemic emergency, another catastrophe of a completely different nature essentially forces all the countries of the world to rethink the fundamental structures of international politics, of the global economic system, of the function of the military instrument. Each of these themes, and their explosive intertwining, pose huge ethical questions.

In the European debate, two issues immediately became central to the policy of countries not directly attacked by Putin: a) the supply of arms to Ukraine; b) a significant rearmament of EU countries, especially NATO members, in order to face what appears to be a Russian threat. Even before the discussion developed, politics demanded very clear-cut choices.

In the case of supplying arms to Ukraine under attack, the speed of the decision should be, at the very least, understandable—even by those who do not share it. As for the European and NATO rearmament, the question is instead more complex: a) although, in reality, this was foreseen by agreements already signed for many years—but left in the drawer by many governments—it could not happen overnight and therefore there would be room for discussion; b) the choice represents a significant change in European foreign and economic policy; c) there are those who believe that the emotional pressure of current events is not necessarily the best adviser; d) the criteria for finding resources are not clear; e) the very idea of ​​a Europe “with a helmet” appears to some to be problematic. The argument goes on and on.

The Roman Pontiff and the Catholic press have made their critical voice heard on this point, with a wealth of strong words, such as scandal, shame and the like. Different Protestant voices move on the same wavelength. On the other hand, there are those who, even within the Churches, underline the need for “realism,” more or less explicitly accusing the other party of political naiveté.

The situation violently brings to the fore a classic debate of Christian ethics, relating to the legitimacy or otherwise of war as a last resort in particularly dramatic cases, such as an attack by an imperialist regime. In recent years, this reflection has been carried out against the backdrop of the Yugoslav and Middle Eastern wars. The aggression of a European country by a major nuclear power does not change the theoretical terms of the question, but undoubtedly configures a scenario that has caught the whole world unprepared.

From what we have seen, the media and the Italian debates have in no way presented the ethical and ecclesial discussion in the Protestant sphere. The writer therefore proposed this small dossier to the magazine Confronti, which proposes seven texts different in nature and content, all born in the Churches of the Reformation, as a modest contribution to the larger reflection.

The first and last documents have a strictly ecclesial character. It is, respectively, the intervention of Pastor Annette Kurschus (the highest authority of German Protestantism) at the Berlin demonstration for peace on February 27; and an official position taken by the Communion of Protestant Churches in Europe, which represents the whole of the Lutheran, Reformed, United and Methodist European Churches. We then translated some articles published on the website of the Zeitzeichen magazine, published by the Evangelical Church in Germany (www.zeitzeichen.net), which we thank for the authorization to disseminate them. These are texts of a theological and ethical nature. As can be seen, all contributions are in favor of an ethics of responsible participation of Christians in the political construction of peace. Some authors (Ralf Becker and, perhaps less drastically, Friedrich Kramer), argue that this must be done through the adoption of civil and non-violent forms of defense and believe that peace research has elaborated adequate and potentially successful resources in this direction. Others (Uwe Gerrens, Sebastian Kranich) are more critical of these perspectives; Johannes Fischer, for his part, conducts a severe theological critique of the ethical-political project which would like to ignore the military dimension or minimize it.

Those who have followed the discussion in Italy will have found that many Christian circles understand, quite understandably, that the fundamental requirement is not theological reflection, but prophecy. Indeed, there is a widespread tendency to immediately qualify as “prophetic” any position taken by this or that ecclesial hierarchical figure, especially if at the top. Scripture too, as we know, appreciates prophecy: in doing so, however, the Bible emphasizes the need for discernment, because false ones exist alongside authentic prophets. At best, they are scoundrels, at worst real criminals.

This small dossier aims to help those who do not consider themselves a prophet, but rather seek the commandment of God by praying and thinking; he wants to stimulate those who are not satisfied with biblical quotations used as clubs to strike those who think differently, but knows that Scripture must be questioned with patience, even if history moves very fast; he wants to accompany those who feel deafened by slogans, but feel their will to blackmail and intend to resist them.

We prepared the notebook in a few hours, to say that it is provisional is an understatement, certainly in the coming weeks many will do much better, going beyond the German and European context and presenting more articulated interventions, in greater numbers and provided with academically accredited comments. . In the meantime, anyone who wants to can start from here. 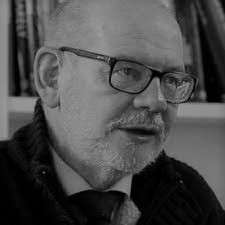 Evangelical pastor, Professor of Dogmatics and related disciplines at the Waldensian Faculty of Theology in Rome

Peace Through War? – Reflections on so-called “just war” on the occasion of the invasion of Ukraine