Home » Peace Through War? – Reflections on so-called “just war” on the occasion of the invasion of Ukraine

Peace Through War? – Reflections on so-called “just war” on the occasion of the invasion of Ukraine

by Uwe Gerrens, Protestant pastor and Master of Religious Studies (Philadelphia); director of studies at the Evangelische Stadtakademie Düsseldorf

The just war doctrine is older than Christianity. The most important pre-Christian source, Cicero’s De re publica, has unfortunately endured only in incomplete form, so it is possible to interpret what Cicero might have meant in various ways. As for the Christian tradition, the following applies: as long as Christians were a minority (in early Christianity), it seemed completely out of the question for them, according to the Sermon on the Mount, to participate in the killing of a human being in any way.

This changed with the “Constantinian turn,” when Christians became the majority in the state and assumed government positions, and some of them became, for example, soldiers or judges; these new tasks were also integrated into Christianity by Augustine and others with the help of the pre-Christian doctrine of the “just war,” which around 420 was developed into a detailed ecclesiastical theory. Around 1140, it is included in the Decretum Gratiani and is thus integrated into canon law. This is why practically all medieval scholastics (not just Thomas Aquinas) signed it.

Even the Reformation has not touched it; the Augusta Confession of 1530, Luther and Calvin assume its validity. Few know that Luther also adhered to it in his writing about whether soldiers can attain bliss. The passages cited are usually those in which Luther declares the military profession legitimate for Christians. The pages in which the Reformer declares preventive wars, those of aggression and those of religion as inadmissible are often passed over in silence and recommends conscientious objection (obviously the soldiers, paid mercenaries at the time, did not adhere to them; it would have been bad for them too).

At least as important as the question of whether a war can be waged (ius ad bellum) became, from the 16th century on, the question of what means can be used in warfare (ius in bello). The ius in bello acquired greater importance, compared to the ius ad bellum, becoming international law of war. Especially in absolutism and in the 19th century, many international jurists believed that a war of aggression was already legitimate if the monarch had duly signed a declaration of war. However, they were not entirely comfortable with this, which is why the wars of aggression were also justified, to be on the safe side, by the fact that the other side had started.

The classical doctrine, as developed in the sixteenth century, knows five preconditions for starting a war (ius ad bellum):

First, legitimate authority (legitima auctoritas). Not all people who feel threatened can wage a defensive war (classic case: no justice from executioners, not even against gangs of murderers; modern case: civil war parties not internationally recognized are illegitimate). Classically, it is left to the “authorities” to protect their subjects – by force, if necessary. The blood feud, which was common among medieval knights, had to be ruled out with the “perpetual imperial peace,” proclaimed in 1495. To this end, the “authorities” had to be entitled to act against the imperial knights who had prepared wars of aggression. In the beginning, this was only achieved in a very piecemeal way, or not at all. In some respects, it can be compared with today’s United Nations. Today, not only the defense of one’s country is often considered legitimate, but also, under certain conditions, international operations, the so-called “peacekeeping” or “peacemaking” “measures,” “deployments” outside the area, “operations,” ” missions” or any other term you prefer. Legitimation comes from a UN “mandate,” which comes from the UN Security Council (whether a NATO mandate can be used as a substitute, as in the Kosovo war, is a secondary question).

Second, the existence of a reason for war (iusta causa). Classically, in the case of two warring opponents, only one side can have an objectively valid reason for the war, the other not. In practice, situations are often confused; in the case of the outbreak of World War I, historians are still debating who actually started it. In almost every outbreak of war, both warring sides accuse each other of starting it. Both sides seek and find international lawyers to support their position.

During the second Iraq war in 2003, Western intelligence falsely spread the news that Saddam Hussein was producing weapons of mass destruction, an initiative to which the Western alliance involved only reacted (presumed pre-emptive war). Hitler falsely claimed, on 1/9/1939 that Poland had started (“From 5:45 am we are now returning fire”). Putin now declares that the Ukrainian government is a “gang of drug addicts and neo-Nazis who have taken the entire Ukrainian people hostage.” In all these cases, one wonders who decides what is and what is not a legitimate cause for war. Who is lying and who is telling the truth? As ordinary people, we can be wrong; however, even military monarchs, presidents, “leaders” or commander-in-chief are wrong, and as “rational beings” (Kant), everyone is allowed to have a say about this.

Fourth, it must be the last resort (ultima ratio) to restore justice. Until other means have been exhausted (for example, negotiations, economic sanctions), the war must not have started.

Fifth, there must be the prospect of peace with the enemy (iustus finis). This peace should be the goal. If it cannot at least be delineated, the attacked side should not take part in the war (but surrender, for example).

On the “right to war” (ius in bello). Two criteria were developed in this regard as early as the 16th century

On the “right to war” (ius in bello). Two criteria were developed in this regard as early as the first sixteenth century, the proportionality (proportionalitas) of the means used. The goal is not to cause maximum damage to the enemy. Rather, a proportionate reaction to the aggression of the other party is required. In this way, escalation spirals must be avoided. Defense must not destroy what must be defended. I am convinced that the use of so-called “strategic nuclear weapons” (more correctly: weapons of mass destruction), in particular, does not satisfy the principle of proportionality. A side issue is the extent to which one can threaten with weapons that one does not want to use; another side issue is the use of so-called tactical nuclear weapons, which are intended to limit the war to the local level.

Second, distinction between soldiers and civilians (today: the principle of discrimination): the enemy is fighting troops, not civilians: civilians must be spared during the fighting (today: the immunity principle). In principle, this distinction is still valid today. However, the willingness to accept the killing of civilians as alleged collateral damage strikes me as shockingly great. This is particularly evident in the development of so-called tactical nuclear weapons, which plan for “collateral damage” from the start.

The Hague War Regulations expanded and clarified the rules of the ius in bello that date back to the 16th century; what is new, moreover, is the statute of prisoners of war.

All in all, the just war doctrine is far better than its reputation. He does not make nonviolence an absolute principle—he realistically calculates that it is not possible to do without violence entirely—but he strongly limits its use. What is disastrous is not so much the doctrine itself, but the form in which it has been applied from time to time and used to justify war. However, it still offers a catalog of criteria that can be used to make one’s own assessment of any war. You don’t need to take care of every detail. However, it should become clear: almost all wars fought so far do not meet these criteria, and are therefore, despite all the rhetoric to the contrary, unjust wars.

Wait! Almost all! The current war in Ukraine seems to be the exception to the rule: Ukraine has an internationally (even from Russia!) recognized government (legitima potestas); the other party has started (iusta causa); the attacked party does not intend to conquer Russian territories (recta intentio); after the Russian soldiers advanced, all other options were exhausted (ultima ratio); the restoration of the state of affairs before the war began is the declared objective (iustus finis). The case is therefore rarely as clear and unambiguous as it is in this case.

At the same time, however, it is possible that reasonable people think differently and that is why Ukraine should grant men of military age the right to conscientious objection (which has not been the case so far!). And: if Russian civilians are killed or if disproportionately severe measures are taken by the Ukrainian side, this should also be critically addressed by the German churches. However, so far there has been no knowledge of significant violations of international law of war by the Ukrainian side (at least it did not happen to me; they probably do not exist or at most only to a very limited extent).

The most difficult question in most wars is that of the proportionality of means. Once the war machine is set in motion, experience shows that it can hardly be stopped and unfolds its momentum regardless of losses. I can imagine that this will also happen in the Ukrainian war. However, at the moment (14/3/2022) this is not (yet) the case. Ukraine is defending itself in a “just war.” Russia, on the other hand, is waging an “unjust war.”

“Blessed are the peacemakers, for they will be called children of God” (Matthew 5: 9), says the Sermon on the Mount. Since “making peace” in the Latin translation of the Bible sounds “pacem facere,” those who advocate unconditional non-violence on the basis of a literal understanding of the Sermon on the Mount are called “pacifists” or insulted as such. In the Middle Ages, monks and nuns, including Catholic priests, were required to renounce self-defense (thus the exemption from compulsory military service for Catholic priests and—for equal treatment reasons—for ordained Protestant pastors as well).

After the Reformation, a number of pacifist churches emerged (Mennonites, Hutterites, Amish, Quakers), a tradition that should also be appreciated by mainline Protestantism. Without the historical questioning of peace by the Churches, German (and also North American), Protestantism would be much more militaristic. It is good that they exist. However, nonviolence must not become a principle to be respected at all costs, regardless of the consequences. In very special and very rare situations, peace can be restored even by making war. And this is what Ukraine is currently trying to do.

Ph. Flag of Russia and Ukraine over invasion crisis © Jernej Furman via flickr 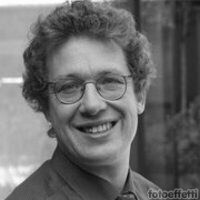 Remaining to Reform. A “Third Way” in the Contemporary Russian Orthodox Church