Home » They gave themselves infamy. The taboo of female power

In the sixth century Byzantium, two women challenge the prejudice that the administration of power is necessarily a “male affair.” They are Theodora and Antonina. The first, after a past as an actress—and, apparently, a prostitute—will become the wife of Emperor Justinian I, assisting him in the exercise of power. The other, the daughter of a charioteer and a prostitute, became the wife of General Belisario and accompanied him in all his campaigns in the West, fulfilling the very important task: supplying the army. The historical facts (and moral judgments) are told by Procopius of Caesarea, who gave themselves infamy in his book. Antonina and Theodora the powerful of Byzantium (Tullio Pironti, publisher, 2021) is reworked by the author to outline the psychological profile of the two women. While not embodying a classic model of “virtue” and sharing a past of marginalization, Theodora and Antonina were protagonists of their time, weaving complex bonds of non-subordination with their respective husbands (and other men of power), outlining a path which does not have as its goal the mere self-affirmation, having been able to bring innovations on a social level, above all (but not only) in favor of the most marginalized women.

Liliana Madeo is a journalist and writer. She worked as a correspondent for the newspaper La Stampa and as director for the feminist periodical Differenze. Her publications include Gli Scariolanti di Ostia Antica (Camunia, 1989), Donne di Mafia (Mondadori, 1994; republished by Miraggi in 2020), Donne Bad (La Tartaruga, 1999), and Ottavia: Nero’s First Wife (Oscar Storia Mondadori, 2006).

How historical is her book and how much is it reconstructed?

I have faithfully adhered to the events and characters that Procopius of Caesarea shows in his books. On the other hand, the realization that strikes the two protagonists is quite different in my novel. Professor Paolo Cesaretti, prestigious professor of Byzantine History and author of Beautiful Theodora: Rise of an Empress (Mondadori, 2001), defines Procopius’s Anekdota as “the best document of an anti-feminine mentality, reluctant to innovation and social confrontation.” This is a mentality that is not mine!

What kinds of women were Theodora and Antonina, what was their relationship?

They both come out of the world of entertainment, the lowest rank of the society of the time. And they will both feed the indomitable anxiety of revenge of the marginalized. Theodora, the daughter of a bear keeper and an actress, has frequented the stage and the circuit of easy sex, exhibitionism and promiscuity since she was a child. Labeled as a “sum creator of shamelessness,” of “insatiable lust,” “devoted to filthy, abominable practices, as a male, against nature, the most shameless,” she soon becomes a mother, then mistress of the governor of a North African region, therefore “abomination of the throne” after she returned to Constantinople and married Justinian. She didn’t study, she didn’t have teachers. But the knowledge of her ability to impose herself in the most disparate situations are conspicuous. Born from concrete experience, from the life of the road, from the voice of living. This is exactly as it happened for Antonina, daughter and granddaughter of charioteers, mother of a brood of children and a widow, who immediately learned not to give up in the adversity of life. From the day the two met, their paths no longer diverge. The sovereign will endeavor to ensure that the greatest general of the empire marries her “friend” of hers, and will make her longa manus, the executor of the projects and decisions she makes, the “infamies” that, according to Procopio, “they gave themselves away.”

What was their way of exercising power?

They rarely go against the rules of knowing how to live in force in the aristocratic circuit. Formally it is as if they came from a family, and had an ad hoc education. Their appearance, their self-care, their language are excellent. They have a following of faithful and private informants. They do not exhibit projects, such as those that Antonina suggests to Theodora (she measures, for example, against those who spend rivers of money for pure pleasure). Their harmony makes blood flow in the dungeons of the Imperial Palace where dissidents, those by whom they do not feel justly respected, are locked up and tortured. Courage and determination are the sharpest weapons they use – even if they are far from each other – for undertakings such as the ruin of a minister, the stripping off of his clothes and the power of a pontiff. Each of the two is sovereign both in its own home and in the management of its assets, and both are capable of hiding her interests from their husbands, the loves they harbor in clamorous contrast with what the groom would expect of them.

What, then, was the relationship with their respective husbands?

They do not embody the formal role of the first lady but such they are in substance. Such immediately becomes Theodora when, in front of the sovereign and his court, silenced by a popular revolt that has lasted for days and is about to bring down the monarchy, she stands up and says provocative, daring words, those that no one had dared to pronounce. And thus she saves the crown. The love of husbands is the primary force they both have. Officially, in written testimonies and on exhibited works, Justinian honors the “most pious consort who was given to us by God.” With solemnity, those who enter the service of the emperors swear, “I will keep my conscience pure towards our very divine and most pious sovereigns, Justinian and Theodora his consort in power.” Similar is the love and respect that Belisario has for his wife, which he brings with him to the war campaigns in Italy, in Africa, making her the favorite confidant, the precious collaborator, the companion of the long nights on the eve of the most daring clashes, she for whose pains he despairs. And patience when he discovers that she is betraying him and a young man, their adopted son, has become her lover!

Although they are not models of “virtue” in the sense that is commonly attributed to this word, both have distinguished themselves for works in favor of women and more. Can you tell us more about it?

“By her nature, Theodora always helped women in difficulty,” writes Procopius, who is never indulgent towards the sovereign. The presence of the former mime and dancer alongside the emperor meant laws of an amazing novelty. Even high-ranking marriages with Christian “repentant” actresses are allowed, the right to inheritance previously reserved only for male children is also extended to female daughters, the dowry – in the event of the death of the wife – must be returned to her family. In short, the woman becomes an autonomous subject in terms of economy and marriage is invested with a profound, new meaning. The voice of the sovereign also emerges vividly from the rules passed against the peddlers and “pleasure houses,” from the establishment of a home for former prostitutes, from the promotion of an innovative relationship between spouses. And never mind if, when Theodora dies, from imperial residences managed by his wife Justinian he sees hundreds and hundreds of Monophysites—believers in a doctrine that is not the one supported and defended by the Church of Rome—against whom he has fought for years and from whom his bride is honored as “the pious, the holy, the devout!”

Why is female power still a taboo?

That’s a beautiful question! This we can ask ourselves by looking at every corner of the globe, starting from the most distant times, wherever the light of power lurks and shines, from the world of politics to the economy, from industry to culture, from finance, to…does the question not contain the answer in itself? 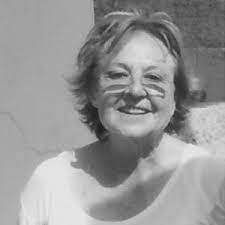 “Hyenas in a skirt.” The Proto-feminism of Olympe de Gouges

Freedom of the Press: A Vaccine for Disinformation