Home » Religious Freedom. In Search of Spaces for Coexistence

by Ilaria Valenzi. Lawyer, researcher in the law of religions, Confronti Study Center.

February 17, feast of freedom. This is the description of the day on which we remember – and celebrate! – a historic moment in the life of the Waldensian Church and, in hindsight, for the existence of all religious minorities present in Italy. We look back to 1848 when, with Letters patent (issuance of the king’s Permits), Carlo Alberto admitted the Waldensians to the enjoyment of all civil and political rights on a par with his other subjects. This was an act of emancipation that symbolically put an end to a history of terrible persecutions and discrimination by opening a new season which, a few years later, led to a period of great ferment and vitality for the affirmation of freedom in the country—and not only religious.

February 17 is precisely the occasion to remember that religious freedom is not a subject of civil liberties—being one of its constituent parts. In this perspective, freedom of conscience, thought and religion is the pre-condition for the development of a free life and a self-determined existence. In a historical moment in which there is a lot of talk about the idea of ​​freedom, the reference to the responsible and caring attitude of the community with which a religious minority has interpreted its emancipation is one of the best practices of comparison on the central themes of coexistence. Since then, a long road has been traveled towards the full affirmation of religious freedom in Italy.

It has been a bumpy journey, which has recorded substantial setbacks and deep wounds for non-Catholic religious denominations.

The signing of the Lateran Treaty (February 11, 1929) brought the reaffirmation of the idea of ​​the state religion; police checks during worship activities; the Buffarini-Guidi Circular (in force from 1935 to 1955) and the clandestinity to which a significant part of Italian evangelism was condemned for years; the deportation of citizens and townspeople on the basis of the creed and religious nature of their descendants, which has become linked to racial motivation. Although the advent of the Republic with its Constitution has overturned the state of things, with the absolute affirmation of the principle of equality without distinction, not even of religion, the weight of history has continued to have negative effects on the recognition of full citizenship of this freedom.

This is an unfinished journey, allowing us to meet new companions and travel companions, believers of religions not present in Italy at the time of Letters patent, which today constitute the absolute majority of religious minorities and who re-propose, with their mere presence, the centrality of the issue to the attention of the legislator and the country. There is a need for new tools to ensure the full enjoyment of religious freedom, a broad and prudent law, which is able to guarantee the expression of sensitivities and beliefs that are also very different from each other. What is needed is a shared juridical space for the coexistence of symbols, physical and non-physical places, spirituality and lifestyles, and respect for diversity. This is a theme as central as it is far from the political agenda of the country, which does not raise the problem of full citizenship of religious realities or of the intersection between religion and other identity factors, ultimately rendering Italy a non-extremist place and at the same time creating a difficult relationship with the principle of secularism. Yet the driving force of religious minorities speaks to us of welcome and prophetic vision, which are not always grasped and valued with the right attention. The underestimation of the centrality of religious freedom in the overall framework of rights seems to open up to scenarios not yet fully known in the Italian context, but widely tested elsewhere. This is the case of the instrumental use of religious freedom as an obstacle to the full affirmation of civil rights and an attack on the integrity of epochal achievements, such as the right to divorce and reproductive rights.

Some do not seem to recall the primary nature of religious freedom for the recognition – and not the violation – of other rights. The institution of February 17 as a day of freedom of thought, conscience and religion would recover its full meaning. This s a wish that we deliver to the new President of the Republic. 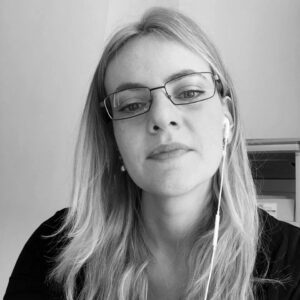 Lawyer, researcher in the law of religions, Confronti Study Center

Religious freedom. From Letters patent to Agreements with the State

Religious freedom. From Letters patent to Agreements with...

The Crucifix in the Classroom: On Freedom of...