Home » “Hyenas in a skirt.” The Proto-feminism of Olympe de Gouges

“Hyenas in a skirt.” The Proto-feminism of Olympe de Gouges

by Anna Cavaliere. Researcher at the Department of Legal Sciences of the University of Salerno

The female gender has been discredited by all sorts of prejudices for much of human history. As Paolo Ercolani recounts in Against Women: History and Criticism of the Most Ancient Prejudice (Marsilio, Venice, 2016), the testimonies of authoritative interpreters of Western culture – from Thomas Aquinas to Jean-Jacques Rousseau – make it clear how often women have been hit by censorship, condemnation, blame, always relegated out of the political space.

The more female figures were charismatic, emancipated, brilliant, critical of the society in which they lived, the more their opponents proved inflexible and ferocious towards them. It is a trend that is not denied even in the topical moments of modernity, when history seems to undergo a sudden acceleration. In the years of the French Revolution, for example, referring to Mary Wollstonecraft (1759-1797), English writer and “proto-feminist” intellectual – who waged battles for women’s rights even before the term feminism acquired its current meaning – the novelist Horace Walpole (1717-1797), to label the author’s dissolute lifestyle (a job outside the home, worldly life, traveling alone, speaking in public), does not hesitate to define her as “a hyena in skirt.”

This was a label that, we believe, he could have used also—if he had known it—for a contemporary French thinker of Wollstonecraft, who has different points of contact with the latter: Marie Gouze, better known by the name she herself had chosen to give herself, Olympe de Gouges (1748-1793).

Like Wollstonecraft, de Gouges can be considered a proto-feminist. She too prefers to live as a free woman, coming to define marriage as “the tomb of trust and love.” She too was concerned with women’s rights and social issues throughout her life. She broadcasted anti-slavery positions, criticized noble privileges, and fought for the full recognition of the principle of equality.

An indisputably positive anthropology – placed in a Rousseauian matrix – supports each of her convictions, even the most questionable ones. For example, it causes her to disagree with the violence of the revolution and to be horrified by the Jacobin drift. She even comes to trust in the possibility that the monarchy can regenerate (thanks to Marie Antoinette, more than to Luigi Capeto) in an enlightened form—also one purified of noble frivolities—of constitutional monarchy. Her positions exposed her to suspicion and criticism. She was accused of having a low political conscience, of being unwittingly reactionary, of lacking realism and of being characterized by a “typically” feminine naivety.

Her choices of subject, in reality, make her an authoritative interpreter of the spirit of the enlightenment: to inspire her is not so much an “emotional reason,” rather a eudaimonistic conception of history, the same that is found, in those years, for example, in the reflections by Nicolas de Condorcet (1743-1794).

Upon de Gouges, the arrows of slander strike with particular violence, to the point of having dramatic results. On the part of her contemporaries, she suffers different kinds of prejudices. The male chauvinist one: as a woman, young and attractive, she is considered incapable of writing her works independently. She is also the victim of a cultural prejudice: her works are accused of occasionalism, there is a lack of systematicity, attributed to a self-taught culture, considered deficient and “improvised.” Finally, it is political prejudice that hits de Gouges hardest: her criticism of the Jacobin regime ends up costing her execution on the gallows. The accusation of her that she is brought against her is of “having forgotten the virtues that are appropriate to her sex and having meddled in the affairs of the Republic.”

However, prejudices continue to accompany de Gouges well beyond her death. Until the middle of the last century, she is remembered almost unanimously as a courtesan. Only from the end of the eighties of the twentieth century, at the instigation of the historian Catherine Marand-Fouquet, the figure of her begins to be the subject of a cultural rehabilitation. On the occasion of the bicentenary of the French Revolution, her writings are read and commented upon in France. In the following years, her work arouses a certain interest in other countries as well: especially in Germany, the United States and Japan.

In Italy, Olympe de Gouges is still too little investigated and the publication of the volume by Annamaria Loche (La liberté ou la mort. The political and legal project of Olympe de Gouges) is excellent news, which contains a systematic analysis of the works of the French thinker. The text first examines the author’s best-known work: The Declaration of the Rights of Woman and Citizen, drawn up in 1791. As Loche points out, de Gouges tries to rewrite the Declaration of the Rights of Man and of Citizen, with the intention of improving the document, making it more egalitarian.

If the principle of equality represents the prism and the basis of legitimacy of the new order, it cannot allow rights to be denied to women. But that of de Gouges is not a mere analogical interpretation and her formulations are not limited to extending to women the applicative scope of the rights that the drafters of the 1789 Declaration recognized to “man and citizen.” Rather, her intent is to rewrite the Declaration in its entirety, in order to broaden its encompassing scope, making it more just. And so she does her: by amending them, she rewrites the articles one by one.

Loche’s reflection, however, is not limited to the Declaration of the rights of women and citizens. She also examines other often overlooked works by the French writer: in particular, her theatrical texts, highlighting the militant character of de Gouges’ theater. For the French author, theater is above all, as Loche aptly emphasizes, a “political gymnasium.”

Controversial issues are dealt with in her plays: it highlights the iniquity of marital obligations (in La Nécessité du Divorce), the need for a non-bigoted religiosity (in Le Couvent), the injustice of slavery (in his best-known comedy, Zamor et Mirza), the groundlessness of noble privileges (in Les Démocrates et les Aristocrates ou les Curieux du Champ de Mars), the natural equality between men and women belonging to different social classes (in L’homme généreux). De Gouges’ plays are thrilling as well as passionate. In times like these they remind us what an aesthetic and emotional experience it is to be able to enjoy a theatrical performance live.

The psychologies of the characters are complex, often evolving: there is no lack of twists and turns in the plots. The extracts of the theatrical texts are chosen by Loche with skill. For example, the words of Sophie, the protagonist of Le Prelàt, are moving – which inspire the title of Loche’s volume. For the values ​​of her that she embodies, Sophie seems to be the most successful theatrical transposition of Olympe: against the monastic life that is imposed on her, she rebels with all her strength, in the name of personal freedom and individual happiness. She claims: “The more I examine my companions by fate, the more I observe them and the more I see that happiness cannot exist where there is no freedom.” She then fiercely opposes her fate and claims that she sees only two possible alternatives for herself: la liberté ou la mort. 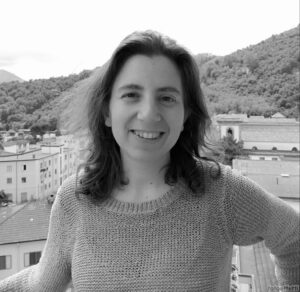