Home » The Russian laboratory of politics and religions

by Marco Ventura, Professor of Law at the University of Siena

In the thirty years following the end of the Soviet Union, Russia transformed itself from a paradigm of Marxist-Leninist atheism into a laboratory for the new trajectories of religion and politics in the contemporary world. The Postsecular Conflicts research project funded in 2016 by the European Research Council (ERC) and led by Kristina Stoeckl at the University of Innsbruck has studied that transition and the connected Russian laboratory in their dual dimension as example and key factor of the “postsecular conflicts” that the project identifies as its fulcrum right from the title. The value of the project thus lies, on the one hand, in what it describes and explains of the Russian case, and on the other hand in what, thanks to the exemplarity and relevance of the Russian case, we learn and understand postsecular conflicts.

Thanks to Stoeckl’s project, we see more clearly the intertwining of politics and religion as it was determined in Russia and elsewhere through Russia; that is, from a decisive point of view we see the mobilization of the religious right in Europe, in the West, and in the world with its presuppositions, its trajectories, its perspectives. At the same time, the project takes us beyond the surface, beyond the visible. If we make an effort to grasp the category of “post-secular conflicts” proposed by the project, the Russian case and the entire post-1989 development of the relationship between religion, society, politics and law appear clearer and more significant. Since the volume edited together with Massimo Rosati in 2012 (Multiple Modernities and Postsecular Societies, Ashgate), the postsecular is for Stoeckl the multi-dimensional physiognomy of the contemporary religious that we are challenged to grasp no longer through the classic question of the theory of secularization – i.e. by asking ourselves if religion is in decline, returning and simply resisting – but through a new question about how religion is structured and developed.

The contemporary religious – defined, as just mentioned, as the space of the “how” and not of the “if” – is postsecular in that it is posterior to the clash between religious and secular which at least on the surface marked the time of the Cold war. In this sense, the conflicts of recent decades do not have at their root the secularization of religion, or the clash between religious and secular, but, in the words of the project, “unsolved and unsolvable tensions in the modern condition” (this quotation and the following are taken from the summary texts of the project).

We are here at the heart of the project.

In Russia and in the world the postsecular perspective identifies a religion which is relativized yet significant by virtue of its “actors and ideas” compared to the “multiple modernities” in whose public space we are accustomed to seeing the “global conflicts on values” take place. The postsecular—a scholarly category—and the new Russia—example and factor for actors and public opinion—illuminate each other. The project recounts the postsecular era in the American Christian right that emerged in the second half of the seventies and penetrated post-1991 Russia, in that meeting between Russian and American actors that proved decisive for the transition from the Soviet Union champion of communism to the Russia champion of the international right.

Russian Orthodoxy and the Russian Orthodox Church are themselves a case in the case, an example by an example, a factor in the factor. As they become protagonists of the mobilization for traditional values, they are part of a process in which “new religious actors” appear and in which the Russian world reinvents American conservative input through its transnational civil society, its businessmen. and its politicians, as well as through the diverse components of the Orthodox Church. The birth of the World Congress of Families in the mid-nineties and its subsequent development illustrates the parable of an internationally active Orthodox world, willing to inter-confessional cooperation, inventor of  “a religious language with no real theological content.” In its many expressions, Russia thus ends up exemplifying and conditioning that global conflict on values ​​which gives “shape to religious traditions, their friends and enemies, their beliefs, their agenda, their strategies.”

The gallery of characters acts as a hinge between the Russian case and the example-factor of postsecular conflicts. In their different trajectories, Pitirim Sorokin, Allan Carlson, Anatoly Antonov, Alexey Komov, Dmitry Smirnov, Vladimir Yakunin, Konstantin Malofeev and Patriarch Kirill himself embody, on the one hand, the four characteristics of postsecular conflicts – the need for law to give substance to norms, the intractability of conflicts, transnationality and the clash between the progressive liberal project and the conservative traditionalist. On the other hand, we see the four fundamental transitions, from the left to liberalism, from West to East, from religion to tradition and from democracy to authoritarianism. The protagonists also allow us to grasp deep ambivalences in every characteristic and in every transition.

Overcoming the opposition between the secular and the religious is fundamental, but the reorganization around the tradition of the religious world takes place in the name of opposition to the “materialistic culture” and in the name of a “spiritual rebirth.” Similarly, the universalism of human rights is fought from a “contextualist” perspective which, however, through the appropriation and reinterpretation of human rights themselves and international mobilization, for example with the United Nations resolutions of 2009 on traditional values ​​and of 2014 on the protection of the family, is itself a form of universalism, as is well understood in the 2016 volume by Kristina Stoeckl (The Russian Orthodox Church and Human Rights, Routledge).

Again, the anti-ecumenism of influential sections of Russian Orthodoxy is overwhelmed by the strategic need for an interfaith international and, even beyond the alliance between traditionalist and politically authoritarian Christians, by the need to coagulate the consensus of Asian and Muslim allies in the opposition to Western countries and progressive United Nations agencies. A clear analysis about our recent past, the Postsecular Conflicts project questions us about the future. To the stifled, typically American vision of those who cannot see anything other than a permanent war of cultures, the project contrasts faith in an imminent era of moral revival typical of Sorokin’s thought or the Habermasian hope that the postsecular is synonymous with democratic inclusion, of dialoguing consensus built through a process of mutual learning between the parties. Without illusions, it is precisely on this further postsecular path to which Kristina Stoeckl seems to commit herself, as well as ourselves. 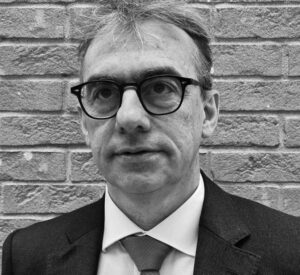 Professor of Law at the University of Siena

The Universalization of Traditional Values: a New Form...