Home » Paradoxes of modernity, conflicts in the post-secular era

The Postsecular Conflicts Research Project raises very wide-ranging questions. It allows us to place the specific events of many countries in the general framework of a political polarization unfolding at a global level, illuminating many aspects of that crisis of democracy that has also been defined in terms of “regression,” and helps to clarify some recurring knots in the debate on the possible face of a post-secular society.

For its analysis of the globalization process of the American Culture Wars, the project embraces the sociological interpretation of Peter Wagner, which indicates the polarity between the affirmation of individual freedom and the need to forge common rules for social coexistence as a fundamental contradiction of modernity. Fundamental to the project is Wagner’s diagnosis of the “crisis of organized modernity,” derived from the ever-increasing challenges that national democracies have to face. The transformations of capitalism that resulted in the processes of globalization, in fact, make it practically impossible to keep their promises of autonomy and regulatory capacity, due to the difficulty, on the one hand, of ensuring effective political control and, on the other, of continuing to implement redistributive policies which had guaranteed social cohesion in the Les Trente Glorieuses—the thirty years of economic growth since the end of the Second World War. This crisis necessarily implies the decline of the political actors typical of modernity—specifically, parties—and the emergence of new actors and new modes of political agency. At the beginning of the new millennium, great hopes were concentrated on the birth of a global civil society, the vanguard of democratic cosmopolitanism. Today the situation described by this research almost tastes like a joke. A global civil society does exist, but it is inhabited by the internationalism of the intolerant. Instead of promoting new forms of supranational democracy, the globalization of rights and planetary justice, transnational networks prove extremely capable of promoting conservative, authoritarian and sovereign political projects. The results of the project thus show the theoretical weakness of the analyses that identified civil society not as a space where ideas and interests coagulate, in the tradition that goes from Hegel to Marx on the one hand and Habermas on the other, but as a macro-factor, like the set of movements and networks defined as “alter-globalism.”

The relevance of this research with reference to the challenges to democracy goes even further: among its characterizing points is in fact having identified the link between the success of conservative transnational networks and their ability to propose strong and defined identity narratives, expressed in the form of regressive utopias.

This success brings us back to the fundamental dilemma of modern democracy, contained in Lefort’s enlightening expression, according to which democracy is built around a “void”: a dilemma that becomes all the more urgent in a context of globalization, where a sense of loss of control, borders and limits becomes endemic and makes it increasingly difficult to build an identifiable and shared political space. The conservative international thrives precisely on the need, which always recurs, to fill the “gaps” of democracy and more generally of modern politics, fueling the artificial nostalgia for the dream of a pre-modern world and of “natural” political communities, homogeneous and pure.

The choice of the crisis of organized modernity as a lens of observation allows the research to shed light on a relevant and perhaps not fully explored theme: the link between the resurgence of conservative political programs and the lack of solutions to the great issues of redistribution and social justice in a context of globalization. This link is evident in the analysis of the artificial nature of conflicts raised in very different contexts by processes of “Americanization of Conservatism” and “Exportation of American Cultural Wars”. This reconstruction shows how much the conservative international is capable of navigating the transnational space and making use of all the opportunities offered by an interconnected and globalized world; but above all it reveals it to be perfectly compatible and even functional to the logic of late modern financial capitalism.

The zeal in protecting identities and “values” from the evils of modern individualism removes from the gaze the problems of redistribution and justice, to which the “progressive” international seems unable to find convincing answers. This coexistence between identity revocation and the logic of global capitalism is one of the most urgent lines of research opened by this project.

The results of this project have great relevance for another fundamental aspect of the crisis of modernity, the vexed question of the crisis of secularization, given that these global culture wars are cloaked in vocabulary and religious symbols. The thesis is that these post-secular conflicts are not placed on the dividing line between secularity and religion, but that on the contrary they are transversal to it and are positioned on the cleavage that divides progressives and conservatives; this watershed can also be found within the same religious confessions.

The research thus helps to clear the field of many misunderstandings and to dispel many fears relating to the possible profile of post-secular public spaces, to indicate rather the real theme of the construction of collective identities.

The research therefore is not limited to a simplistic representation of these global  culture wars as a result of the “crisis” of secularization and the “return” of religion, but it outlines a more complex picture by demonstrating how the international religious right is compatible with a substantially secularized condition; the “religion” to which it refers is in fact intended above all if not exclusively as an element of cultural identity, and to a large extent disconnected from the actual theological components

In fact, it is no coincidence that the religious Right in many cases also intersects with the populist phenomenon, with which it shares the attempt to naturalize and essentialize collective identity by crystallizing it around a core of “traditional” values; even less casual is the importance attributed by the religious right to gender issues, a fundamental pawn in the process of essentialization and naturalization of collective identity.

Another element is the attention to the critical voices within the denominations themselves that oppose the divisive exploitation of religion, grouped under the term “genealogies.” This line of research is of fundamental importance because it refers to an undistorted image of the post-secular condition, but above all for the potential contribution to the construction of authentically pluralist public spaces. These “genealogical” efforts confirm that religious communities (as well as so-called “cultures”) can also be capable of reflective self-evaluation and of engaging in even difficult conversations about the constitutive values ​​of their own identity: fundamental characteristics for their presence in the democratic public space. The project therefore opens up a particularly important field of work for the faith communities themselves, which have the responsibility of unraveling the intertwining of the essential core of cultural beliefs and practices; this is an important task, not only for preventing the transformation of religion into a political weapon, but above all to preserve its authentic vocation and capacity for witness. 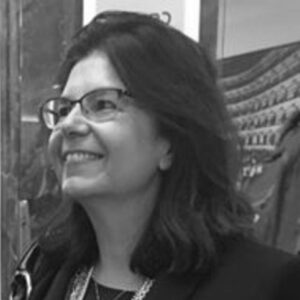 The Russian Christian Right, European leader of the...