Home » Not Just a Private Matter: The Transnationalization of Pro-Homeschooling Advocacy as a New Battleground for the Global Conservative Network

In the past two decades, violations of rights pertaining to sexual orientation and gender identity have become recognized as relevant human rights issues, and areas of law formerly regarded as “private” and firmly within the sphere of national sovereignty have now moved into the focus of international human rights law. It’s a commonly held assumption that left-wing parties generally support human rights universalism and legal constitutionalism, whereas right-wing actors oppose it. And yet, what we argue here is that conservative political actors may also appeal to human rights universalism and use legal constitutionalism in order to advance their goals. These conservative activists use a vocabulary of rights and freedoms, and even of moral pluralism, but in their reading human rights are reframed and used to defend a pro-family agenda that establishes the patriarchal family as the ultimate source of authority and the primary carrier of rights.

Our case-study to exemplify this point is the battle for the recognition of a human right to being homeschooled. In 2009 a German family from Baden-Württemberg filed for – and received – political asylum in Tennessee based on the allegation that Germany’s prohibition of homeschooling violated their human rights as parents. The asylum decision was eventually reversed, but the case reached all the way to the American Supreme Court. This case represents only one among several examples of strategic litigation by moral conservative actors with the aim of establishing homeschooling as an international human right. In 2018, hundreds of homeschooling advocates from all over the world met in Moscow in what was so far the biggest conference of this kind ever. Among them were many public figures known for their staunch moral and religious conservativism and their intolerance towards homosexuals and other minorities. They discussed the latest case law, promoted online curricula, exchanged research findings, and mobilized grassroots organizations. Taken together, these events reflect the emergence of a new political phenomenon that has, so far, gone largely unnoticed: the transnationalization of pro-homeschooling advocacy and its role in the rise of a global moral conservative movement.

Today a very significant part of the homeschooling movement worldwide is made up of religiously-motivated moral conservatives. When the homeschooling movement originated in the 1960s and 1970s, it was mostly driven by anti-establishment thinkers, who advocated homeschooling from a children rights’ perspective, criticizing the school system for being too coercive, constraining creativity, putting children under pressure, and not taking children’s individuality into account. Nevertheless, starting in the 1980s in the USA, conservative evangelicals began to appropriate the homeschooling agenda. Since the late 1960s, conservative evangelicals had been fighting (and losing) a political battle to instill a Christian worldview into school curricula and ensure the legality of prayer and devotional Bible readings in public schools. From the mid-1980s onwards, the Christian right shifted its tactics and started advocating homeschooling as the best model for conservative Christians to educate their children and fight the evils of secularism, moral relativism, defiance of authority and libertinism that in their view assailed the public school system.

By the early 1990s, through a mixture of lobbying and strategic litigation, homeschooling advocates managed to achieve the liberalization of homeschooling in all US states. Recently, the moral conservative appropriation of homeschooling has been gaining momentum and political clout beyond the borders of the USA. In Brazil, with the newly elected government led by far-right president Jair Bolsonaro, or in Russia, where a few conservative Orthodox parents have started to practice homeschooling following American models. In Europe, homeschooling is most widely practiced in England, but the proportion of children educated at home is less than one per cent of the school-aged population. Nevertheless, even in countries where homeschooling remains a negligible social phenomenon, a strong surge in political and media attention can be observed due to the influential lobbying activities and legal actions initiated by the pro-homeschooling movement. To sum up, homeschooling has become one of the strategies employed by moral conservative actors worldwide to frame human rights in a way that reflects their religious and cultural worldviews and sensibilities and to oppose human rights progress in the area of sexual orientation and gender-identity.

These groups and individuals engage in a series of actions to promote their agenda: strategic litigation, transnational networking, policy lobbying and academic research. The organizations homeschooling actors try to advance their claims through are national and international courts, in particular the European Court of Human Rights, civil society, national and international political institutions such as domestic parliaments or the Council of Europe, and through universities and research institutes. In the research we conducted for the Postsecular Conflicts project, we especially focused on the Canadian organization Global Home Education Exchange (GHEX), which holds regular conventions that bring together the key players advocating for moral conservative homeschooling worldwide. We also brought to light that GHEX is linked with two of the most relevant organizations in the “global Right network,” i.e. the World Congress of Families and the Spanish conservative Christian NGO CitizenGo.

We have now seen who stands behind the transnational moral conservative homeschooling network. But one more question arises: What are the claims conservative advocates of homeschooling advance? They use three types of argumentation to raise their claims to a human right to homeschooling. First, an ontological argument. The key to understanding how the homeschooling agenda fits into the broader universe of moral conservatism is the concept of family as a “natural” unit by contrast to the state and society which they see as “artificial” human constructs. Conservative actors reject the individualist turn in human rights law and insist on the family as a collectivity. They are against gender-mainstreaming in education, which in their eyes undermines the patriarchal understanding of family and traditional gender-roles of the “natural family.” The notion of the natural family is also related to a whole conception of the good society that involves elements of nativism and the idealization of rural, self-sufficient, isolated family units. “Only at home children can learn family values and be raised as Christians” – this is the conclusion of the presentation that GHEX board member Irina Shamolina gave in the 2018 Conference in Moscow.

The second argument is the legal one. When addressing international organizations such as the European Court of Human Rights or the Council of Europe, homeschooling advocates adopt a rights-based argumentation that is in sync with the legal culture of the institutions they are addressing. For example, they base their claims on article 26(3) of the Universal Declaration of Human Rights, which speaks of the “right of parents to choose the kind of education that shall be given to their children.” In doing so, they argue that homeschooling is a human right and should thus be a constitutional right in every country bound by international human rights treaties. Homeschooling advocates also use the language of fundamental freedoms to claim its status as a human right. The legal claim here is one of freedom of choice and freedom from state interference in choosing and acting upon one’s beliefs. Any state interference with freedom of conscience is condemned as totalitarian. Although homeschooling advocates build their arguments upon the notion of funda- mental freedoms – including freedom of conscience – there is no space within the morally conservative line of argumentation for children and young adults to develop a different moral or religious conviction than the one endorsed by the (head of the) family. The third and perhaps most striking argument made by moral conservative advocates is the instrumental “liberal” one, i.e. the claim that homeschooling ought to be legalized in the name of moral pluralism.

The argument is that education is never neutral, and that public schools, in particular, are not neutral but rather espouse one particular moral vision, and since this moral vision goes against the beliefs of some people, the educational system is in fact working to the detriment of moral pluralism. However, the claim to moral pluralism articulated above stands in stark contrast to the concomitant claim that homeschooling is necessary to shield children from the negative influences of being exposed to alternative worldviews in the school. What is striking about this conservative educational agenda is that Christian private schools as they widely exist in many countries are not considered valid options for Christian education. The concomitant use of these two contradictory lines of argumentation to justify and promote homeschooling – one based on moral pluralism, the other deeply anti- pluralist – indicates that the engagement with liberal forms of argumentation in the moral conservative discourse surrounding homeschooling constitutes a strategic move by conservative advocates to achieve their goal of legalizing this form of education.

In sum, homeschooling functions as a first step into inverting the order of priorities in terms of whose rights have precedence and thus achieving a general reframing of human rights and a consolidation of a particular understanding of the family within human rights jurisprudence and legislation. 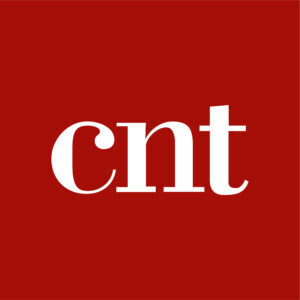 The Universalization of Traditional Values: a New Form...