by Nadia Angelucci. Journalist and writer.

The story of Óscar Eyraud Adams, killed on September 24, 2020 in Mexico following his complaints about the deprivation of water from indigenous peoples, is just one of the many stories of violence linked to environmental issues in Latin America. In 2020 in South and Central America 227 people were killed for these reasons: they are leaders of environmental movements but also simple villagers who try to protect the natural resources of their area and their plots of land.

“I am indigenous, I am Kumeyaay, I am indigenous to Nejí”. Thus he introduced himself as he showed the arid land of his community, where once there were fruit trees, to the television cameras: “All this has disappeared due to lack of water. We citizens do not have permission to build a water well, and we would like Blanca Jimenez, the director of Conagua, to consider our needs before those of large multinationals. Heineken has more than 12 wells and the aquifer has dried up”.

In recent years in the Baja California region, the rains have become increasingly sparse and the wells have dried up. The inhabitants must ask the authorities for permission to excavate new ones, and this right is rarely granted.

Oscar Eyraud was killed in Tecate on September 24, 2020. He was only 34 years old. “When they killed him he didn’t defend himself, because he had nothing to defend himself with”, his mother told a local newspaper. The killers used large-caliber weapons and small arms. Police found at least 13 shells of bullets of various calibers.

His story is told in the annual report Last Line of Defense prepared by the British NGO Global Witness which since 1993 has been investigating the fatal link between natural resources, conflicts and corruption, denouncing environmental and human rights abuses by the oil and gas industries, as well as those of mining and timber, and their connections to the global financial and political system.

Data emerging from the report says 2020 was the deadliest year ever for those defending their homes, livelihoods, land and ecosystems from resource exploitation.

Globally, the countries at the top of the list of the most dangerous are Colombia with 65 homicides, Mexico with 30 and the Philippines with 29 deaths, but in the world three out of four people murdered for environmental reasons are Latin Americans. In total in the Latin American subcontinent, 227 people were killed in 2020, compared to 219 the previous year. The worrying thing is that it is not just leaders of environmental movements; the violence also affects ordinary villagers who seek to protect the natural resources of their area and their tracts of land.

In this sad ranking, Colombia and Mexico are followed by Brazil with 20 homicides, by Honduras with 17 and by Guatemala with 13. But if we consider the number of people killed in relation to the size of the total population, Nicaragua, Honduras, Colombia and Guatemala top the list.

On average, data shows that four environmental activists have been killed every week since the signing of the Paris Climate Agreement (2015) but this shocking figure is almost certainly an underestimate given the growing restrictions on journalism and other civil liberties that cause many cases are not reported.

In addition to physical attacks that often result in homicides, a whole range of attacks of various types and severities are used, such as arbitrary arrests, threats, harassment, smear campaigns, sexual assault, harassment and unsubstantiated complaints.

According to Global Witness, more than a third of the fatal attacks are related to the exploitation of forest resources, mining and the large-scale agri-food industry. Other causes are related to disputes over the construction of hydroelectric dams and other infrastructure.

“Someday, we hope to signal the end of violence against those who defend our planet and their land, but until governments take the protection of the defenders of the earth seriously, and companies start putting people and the planet before profit, both the worsening of the climate and the killings will continue. This dataset is another stark reminder that fighting the climate crisis is an overly heavy burden for some, risking their lives to save the forests, rivers and biospheres that are essential to tackling global warming. This has to stop”, said Chris Madden of Global Witness. 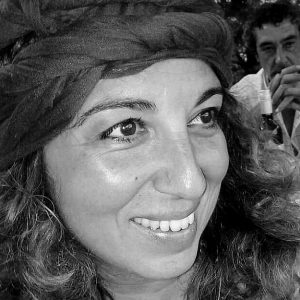