by Effie Fokas, Senior Research Fellow with the Hellenic Foundation for European and Foreign Policy and Research Associate at the London School of Economics Hellenic Observatory.

One of the concerns of the Postsecular Conflicts Project was the transnationalization of culture war issues taking place in the form of American-style arguments grafted onto contexts which “do not follow the American pattern at all.” This transnationalization trend is particularly evident in the legal domain. In the last decade, we have seen the increasing volume and ultimate impact of United States-based Evangelical organizations. These organizations either support or help to initiate supranational level European litigation on culture war issues. Among these culture war issues are questions of religious freedom, and of the role and place of religion in the European public sphere.

In my ERC-funded project Grassrootsmobilize (2014-2019), we studied cases that were brought in front of the European Court of Human Rights with American support. One case – Sindicatul ‘Păstorul cel Bun’ v. Romania – was particularly intriguing, because it demonstrated the link between American debates and European local contexts. The case originated in Romania, a country with close relations between church and state, and significant financial, social and political privileges for the majority Orthodox Church. It concerned a small, provincial group of not-very-experienced church employees, who confronted their Church with the claim to the right to unionize so as to defend their employment concerns. The Romanian Orthodox Church rejected the request for the union, the Romanian state took the side of the Church, and the case ended up in front of the European Court of Human Rights.

From the start, there was a radical imbalance of forces: on the one side, the inexperienced church employees; on the other side, the Romanian Orthodox Church and the Romanian state. The imbalance, however, became even more pronounced when the official Romanian position was supported by some of the most experienced and successful US-based Christian conservative NGOs as well as by the states of Poland and of four majority Orthodox countries. Why, one might ask oneself, were American lawyers interested in the Romanian case?

In short: they were interested in defending the Romanian Orthodox’s Church autonomy vis-à-vis the European Court of Human Rights. In one of the interviews conducted in the Grassrootsmobilize-project, an American lawyer put it quite frankly: “There’s a kind of interaction, a traffic of ideas going between different courts, the Supreme Court in the US or in Canada and the ECtHR on the other side of the Atlantic … And so what goes on in Europe matters.” The American law firms who filed an amicus brief in support of the Romanian state had one basic aim: to prevent individual human rights from infringing upon the autonomy of a religious institution.

The two most prominent religion-related NGOs acting before the ECtHR are either American NGOs or their counterparts:  the European Center for Law and Justice (ECLJ, established by the American Center for Law and Justice, notably in Strasbourg, also home to the European Court of Human Rights), and ADF International (a spinoff of the US-based Alliance Defending Freedom).

The EctHR has become fertile ground for US-based religiously conservative groups’ intervention in its case law. Their interest in European affairs is dictated by their support of non-interventionist rulings and a generally restrained judicial approach which respects national (or, in the case of the US, state) sovereignty. This is in line with the aims of religiously conservative groups in the US, who insist on the autonomy of religious groups and actors. Surely, religious autonomy means something very different in the American system of disestablishment (separation of church and state) and in Europe, where close (and often informal) interactions between church and state are the rule. But this difference is glossed over by American litigators, who found in Sindicatul an opportunity to set an important precedent in how courts all across the Council of Europe (and, ideally, beyond) would treat matters of religious autonomy.

The globalization of the culture wars is a reality in the legal domain, and today, US-based groups choose to play in the European game. However, the disconnect between, on the one hand, conditions at the local level of European disputes, and, on the other, the details of a case’s final resolution—especially after the transnational mobilizations around it—raise significant questions about the potential long-term reverberations of this legal process from local to transnational and back to the local. 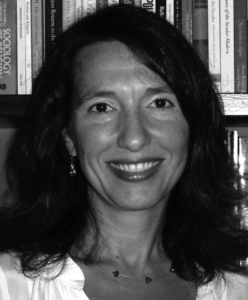