Home » COP26 and the Climate Crisis: The Agreement is Signed, but the Vision is Missing

Signed on November 13, the final agreement of COP26 does not convince environmentalists and the scientific community. The goals of a rapid, profound and sustained reduction in fossil fuel emissions are still a long way off. But our planet can no longer wait.

The 26th party conference of the United Nations framework convention on climate change (COP26 UNFCCC) in Glasgow was supposed to end on November 12, but the final troubled agreement only arrived at 7.41 pm on Saturday November 13. It satisfies few and does not satisfy many, beginning with the COP26 president, Alok Sharma who, with tears in his eyes, said, “I apologize for the way things went and I am deeply sorry.”

The stated goal of the British presidency (and the Italian co-presidency) was to keep the goal of keeping global temperature rises below 1.5C and avoiding the worst of the climate crisis’s impacts. But it was momentarily overshadowed by the announcements of India—destined to become the most populous country in the world—aiming to reach net zero by 2070 (i.e., making sure that the amount of carbon emitted into the atmosphere is equal to the amount of carbon removed), without giving up coal in the meantime, as well as the agreement to reduce methane emissions. These announcement steered the cautious International Energy Agency—an international intergovernmental organization founded in 1974 by the Organization for Economic Cooperation and Development following the Energy Crisis of the previous year—to state that, at most, this global warming could be contained to 1.8°C. But a report by Climate Action Tracker—an organization that has provided independent scientific analyzes on the climate since 2009—says that with current policies—confirmed at COP26 UNFCCC—we are on the path to global warming of 2.7°C, possibly 2, 4°C, if the most optimistic evaluations based on long-term and therefore uncertain objectives are respected.

A BANKRUPTCY IN HALF

Even the UN Secretary General, António Guterres, leaving the COP26 while it was still in progress, distanced himself from the document approved in Glasgow: “Our fragile planet hangs by a thread. We are still knocking on the door of climate catastrophe. It is time to enter emergency mode, or our chance of reaching net zero will itself be zero. We need to end fossil fuel subsidies. Gradually remove the charcoal. Price carbon. Build the resilience of vulnerable communities against the here and now impacts of climate change. And go ahead with the commitment of 100 billion dollars in climate finance to support developing countries.” None of these objectives were achieved by the conference, despite the pressing request of the scientific community to pursue the absolute priority of a rapid, profound and sustained reduction of emissions in this decade. In particular, a 45% cut by 2030 compared to 2010 levels. But the current set of Nationally Determined Contributions—i.e., the states’ commitments for CO2 reduction—even if fully implemented, will still increase emissions in this decade well beyond 2°C by the end of the century, compared to pre-industrial levels.

But the Glasgow negotiation was not a failure for everyone. It was not the case for China, India—destined to become the largest market in the world—Australia and some European countries, which, in exchange for an indefinite commitment in principle to accept the limit of more than 1.5°C, have obtained the ability to finance and exploit coal mining by requiring that the reference to phasing out of coal energy be changed to phase down.

Many commentators, in order to see the glass half-full, have pointed out that, for the first time, coal was the subject of negotiations in a Conference on the climate. But as the Scottish writer Robert Louis Stevenson said, “Don’t judge each day by the harvest you collect, but by the seeds that you plant.”

A QUESTION OF LIFE OR DEATH

One of the most relevant issues was support for adaptation policies in the fight against climate change, and the issue of losses and damage. Adaptation is not a technocratic issue; it is a matter of life and death, mainly for the most vulnerable countries where vaccines for COVID-19 are scarce, the economy is sinking, debt is growing inexorably and international aid for recovery are totally insufficient. Meanwhile, while these countries have contributed less, or almost not at all, to the climate crisis, they suffer more.

Protecting countries from climate disaster is an act of solidarity and enlightened interest. Climate change produces inequality and poverty which, if not removed, will constitute insurmountable obstacles to solving the climate crisis. And then no more bad checks, given the commitment to set up a one hundred billion dollars a year fund for the most vulnerable countries to be established by 2020, decided at the COP15 in 2009 and confirmed by the Paris Agreement of COP21 in 2015, to repair the climatic damage that the unsustainable development of rich countries has inflicted on poor countries. Italy should also do its part by guaranteeing three billion euros a year, which can be easily found by cutting subsidies to fossil fuels.

Our country, even if few are aware, as co-organizer of COP26, has offered a very subtle contribution to the achievement of the disappointing final result. Even our Minister of Ecological Transition has been noticed only on two occasions. First, when he defined as “subversives” those who criticized the lack of courage in the decisions of developed countries such as Italy. Subsequently, in taking a position on fossil sources, he limited himself to giving support as a friend, as an external observer, to the Beyond Oil & Gas Alliance (BOGA), an international coalition, led by Denmark and Costa Rica, of governments and interested parties who work together to facilitate the phasing out of oil and gas production.

So Italy comes out of COP26 collecting handshakes, selfies, and smiles, but little else. The Minister of Ecological Transition has once again spoken of nuclear power as a panacea for all ills and of gas as the best friend of the transition. For the NGO A Sud, “To date, under current policies, Italy will reduce emissions by just 26% by 2030, about half of the mildest of the recommended targets of the scientific community.” With the Integrated National Plan for Energy and Climate (PNIEC) it has planned to increase the percentage to 36%, but the implementation plan does not exist. If all countries followed our example, the scenario at the end of the century would be hot, with average temperatures of +3 ° C. According to a study commissioned by the NGO to Climate Analytics, one of the most important organizations involved in climate research, calculating the Carbon budget—that is, the amount of CO2 that humanity can still emit to have a chance to contain warming within 1.5°C. “Italy should decrease its emissions by as much as 92% by 2030 in order to remain in line with the Paris agreements. This is more than the triple of what is currently happening.”

Using the words of Amitav Gosh from the book The Great Blindness: Climate Change and the Unthinkable (Neri Pozza, 2017): “The climate crisis [is] also a crisis of culture, and therefore of the imagination.” But perhaps it could be added that it is also a crisis of the ability to believe. 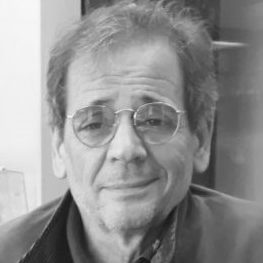