Home » The Shallow Bay: One Hundred Days in Libyan Prisons

Giuseppe Ciulla is a journalist and television author. Born in Mazara del Vallo, he lives in Rome, works in La7 and has made reportages and documentaries on the Balkans and the Middle East, including Capulcu (2014) and Prisoners—Escape from ISIS (2015). He has also made numerous surveys and travel stories, such as Wolves in the Fog (2010), At the Edge of the Empire (2011), and A Summer in Greece (2013).

In his latest book, entitled The Shallow Bay: One Hundred Days in Libyan Prisons (La cala. Cento giorni nelle prigioni libiche, Bompiani, 2021), written together with Catia Catania, blogger and organizer of literary reviews and cultural events—also from Mazara. The book traces the one hundred and eight days of imprisonment of the fishermen of the Mazara del Vallo fleet, captured by the militias of Khalifa Haftar, the then leader of Libya Cyrenaica, from September 1 to December 17, 2020.

What led to the kidnapping of the Mazara fishermen?

Nine Mazara del Vallo fishing boats were fishing 34 miles off Benghazi when they were boarded by a Libyan patrol boat. These are waters that, according to the Libyans, belong to their exclusive economic zone; the waters are therefore forbidden to Mazara fishermen. The Mazara people, on the other hand, believe that these waters are international. This patrol boarding led to the kidnapping of 18 fishermen and 2 fishing boats. The fishermen were then transferred to Benghazi, an area controlled by then-leader of Cyrenaica Khalifa Haftar. From there began a kidnapping which lasted one hundred and eight days. The fishermen of Italian nationality were transferred to four different prisons and each was subjected to threats, mistreatment, and psychological and physical violence.

This story helps us to understand what happened and is still happening in the Mediterranean.

In the book we have recounted not only the kidnapping, but also the story of the Marrone-Ingargiola family because it incorporates that of many other families of Mazara fishermen. Rosetta Ingargiola is the mother of one of the kidnapped fishermen, Pietro “Piero” Marrone, the commander of the Medinea, one of the seized fishing boats. Rosetta is a 74-year-old woman who during the 118 days of imprisonment was at the forefront of the protests in Montecitorio. Her family is entirely made up of fishermen: her father, her husband, and both sons, one of whom—Gaspare—died during a shipwreck.

Through the story of this family we narrate sixty years of a “fishing war,” intertwining private events with the public ones of the Mazara navy. The 18 fishermen were used as “bargaining chips” by Haftar, a leader who at the time was not recognized by the Western international community, unlike his “counterpart” al-Sarraj in Cyrenaica. The release from seizure of the vehicles and the release of the fishermen took place, in fact, only after the phone call that confirmed the “handshake” between the then-Prime Minister Giuseppe Conte and the Foreign Minister Luigi Di Maio with Haftar, complete with ritual photos and honor displays.

Are Italian fishermen right or wrong to fish in those waters?

Historically our fishermen have always fished in those waters. And history repeats itself. Years ago the fishermen of Mazara del Vallo fished in the mamelon, a seabed very rich in fish, in front of the Tunisian coasts. The situation of contention that we observe today with Libya occurred with Tunisia, up until a few years ago. The difference is that, then, the fishermen, even if stopped by Tunisian patrol boats, did not end up in prison: even during the arrest they could sleep on the fishing boat, call home and even get off the ship. They were controlled but free, until the owner paid a ransom. The relationship with Tunisia then changed over time and the Tunisians themselves proposed themselves as a workforce during the 1970s. From this experience they learned our fishing techniques, they brought families from Tunisia to Mazara, their children attended schools, and a very strong and important Tunisian community for the Mazara economy was established. A great opportunity was born from a negative experience. This is quite the opposite of what happens with Libya.

Even today, with Draghi as Prime Minister, we observe how attention upon relations between Italy and Libya is concentrated above all on issues such as the development of infrastructures, energy exploitation and the management of migrants. Fishery regulation does not yet seem to be at the center of the debate. There is no political effort, including in Europe, committed to helping overcome a still-conflictual situation.

In the story of the fishermen, we glimpse the stories of violence that take place in Libyan prisons.

Everything we have seen in the reports on Libya is confirmed by the stories of the Mazara fishermen. On their tour of the prisons they heard the screams of the many inmates who were being tortured. They saw with their own eyes the modus operandi of the executioners and, once back in Italy, they even recognized one in a documentary produced by a French TV.

What struck you most of all the stories you have chosen to report in the book?

The dramatic story of the fishermen’s imprisonment is disruptive. Strong were the deprivations, harassment, and physical and psychological violence. Suffice it to say that the fishermen spent their last month of captivity in a completely black cell. They still bear their scars. During a recent presentation event in Mazara del Vallo I invited—together with Catia Catania—people to gather around the families of the fishermen and encourage them. Despite a year having passed, it is an experience that has not been forgotten. In the book we wanted to showcase a seeming paradox: despite everything they have suffered, these people will continue to leave the shores and cast their nets, even at the cost of their lives. 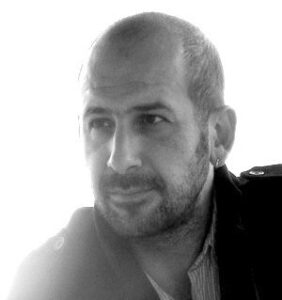