Before being placed under house arrest, Prime Minister Abdalla Hamdok himself did not hesitate to define “the worst and most dangerous crisis” that Sudan is going through the transition that should have led the nation out of the shallows of the thirty-year dictatorship of Omar al-Bashir.

It has been two precarious years for the transitional executive branch, made up of military and civilians, and born in 2019 after months of popular protests and the intervention of the army that sanctioned the end of the ferocious Islamist regime.

The government in office until 24 October also had to face the widespread economic crisis and the problems related to the supply of raw materials and fuels, caused by the protests of some communities living in the Eastern part of the country, which have blocked commercial traffic in the hub of Port Sudan since September. On October 17th, thousands of people demonstrated in the center of the capital Khartoum to demand the dissolution of the government and the seizure of power by General Abdel Fattah al-Burhan, president of the Sovereign Council (one of the two bodies in the executive branch), as well as the most prominent figure in the military component of the government.

The protest was supported by the military wings of some parties and armed groups. The demonstrators have, in fact, accepted the invitation of al-Burhan, who in the previous days had indicated the dissolution of the government as the only solution to get out of the political and economic impasse in which Sudan is bogged down.

Four days later (on October 21), supporters of that part of the civilian-led government who protested against the Islamists and the army, two pillars of al-Bashir’s dictatorship that continue to take to the streets, play an important role in the transitional government. In summary, civil society is versus military at the top of the state administration.

It is a complex and variegated puzzle, as is the history, social and ethnic composition of the country, that once again risks blocking Sudan in the quicksand of civil conflict.

Proof of this is a splinter faction of the Forces for Freedom and Change (FCC), a civil alliance that led the protests in al-Bashir and which has become a key element of the new executive.

The transitional executive branch, in recent months, has seen popular support diminish in the face of tough economic measures, including the cut in fuel subsidies and the fluctuation of the Sudanese pound.

Inflation skyrocketed, reaching 422% in July, decreasing slightly in August and September. Widespread poverty, shortages of medicines and power outages accompany the daily life of the Sudanese. The International Monetary Fund has approved a loan of 2.5 billion dollars and promoted an agreement for the cancellation of foreign debt, according to which the country would see its exposure reduced by about 50 billion dollars.

But these IMF measures fueled the protests against Prime Minister Hamdok, a former United Nations economist. The acceptance of the agreement caused an immediate increase in the cost of food and transport, exacerbating the living conditions of a population already heavily affected by the insane economic policies of the al-Bashir regime.

The turmoil arrived right on time, as early as September 21, when the government declared that it had foiled a first attempt at a coup d’état, promoted by nostalgia for al-Bashir. Civilians and soldiers accuse each other of making the transition difficult, as it should have led to free elections. “I am not neutral or mediator in this conflict. My clear and firm position is full alignment with the civil democratic transition,” premier Abdalla Hamdok solemnly stated.

His good intentions and his good will were not enough to evoke the fragile outline of a democratic government under construction out of the quagmire. What will happen now is unknown, but much will also depend on the choices of the international community. The harsh conditions imposed by the International Monetary Fund, as has already happened in similar situations, are not the panacea of freedom. 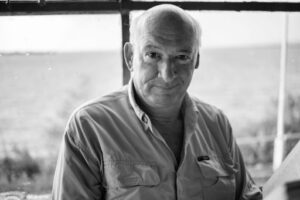