Home » Coup d’Etat in Sudan: The Day After

by Luca Attanasio. Journalist and writer.

Deserted streets, a few open shops, and a few long lines for stocking up. The “day after” the coup opened up to the world showing an apparent calm. But black clouds gather over the Sudanese Spring, one of the most courageous and accomplished in the Arab world; which, to the amazement of the international community, had peacefully led to the dismissal of one of the worst dictators of history, the bloodthirsty Omar al-Bashir.

Two and a half years ago, at the height of a season of mass marches and demonstrations triggered by civil society, largely driven by women and young people, Sudan was gaining the world stage with its essentially bloodless revolution which chased out the despot, and led to the beginning of a transition path toward a democracy never fully experienced in the country. The officers—orphans of al-Bashir and reluctant to leave power—could not resist democratic pressures and had to yield, after grueling negotiations, to a government that for the first time since independence from the United Kingdom (1955) included members of the civil society. The executive branch, made up of 50% military and 50% civilians, was entrusted to Abdalla Hamdok, former deputy executive secretary of the UN Economic Commission for Africa, a figure of respectable international weight.

Today the sad curtain falls on that incredible experiment that put an end to thirty years of violent dictatorship and gave hope for an exportable African model.

On the night between the previous October 24th and 25th, the military—after months of tension due to the approach of 17 November (the date on which the army should have definitively left the presidency to civilians while maintaining a 50% share of its members in government)—they took back all power. They arrested Hamdok and various “civilian” ministers or governors, and they ended, in the worst way, the era of democratic transition. It is still not clear who is behind the autocratic maneuver. Are they Islamic fundamentalist military? Or will the more secular wing prevail? For the occasion, the Janjaweeds of Darfur were exhumed, the notorious militias responsible for appalling massacres of civilians in their region? On one thing, all observers agree: Omar al-Bashir is behind the coup and the pro-army demonstrations in recent month, which exploited the desperation of the exhausted and hungry people, who demanded “bread” in the midst of the economic and institutional crisis. Although in jail and expected in The Hague to answer for crimes against humanity, genocide, and war crimes, Omar al-Bashir still has many nostalgic (and well-paid) supporters. There are those who bet, however, that there is a pardon that would set him free.

It is interesting to note, meanwhile, that the Umma Party [or Party of the Nation], the omnipresent party led by Ṣādiq al-Mahdī, prime minister from 1966 to 1967 and from 1986 to 1989, called out of the coup.

“People have taken to the streets since the early morning of October 25,” explained a source reached with some difficulty on the phone in Khartoum asking to remain anonymous, “and the resumed demonstrations in support of the transitional government and Hamdok, impressive in the months before the coup. But the military presence is massive and as early as yesterday [25 October] the army started shooting. Civil society has risked a lot in 2019 and rather than going back it is ready for anything. They arrested the premier and various ministers or politicians [the Minister of Industry Ibrahim al-Sheikh, of information Hamza Baloul, the adviser for relations with the media Faisal Mohammed Saleh, the spokesman for the sovereign council Mohammed al-Fiky Suliman and the governor of the capital Khartoum, Ayman Khalid],—who were all good, publicly committed people who believed in change. The military continues to pressure Hamdok to accept the government reshuffle and support the new junta. But he seems more determined than ever to remain faithful to the revolution.”

“Continue to protest by any peaceful means possible,” declared Abdalla Hamdok on the evening of Monday 25 October, “and we are fighting to take back the revolution that was stolen from us by thieves.”

Meanwhile, Abdel Fattah al-Burhan, head of the Transitional Military Council and de facto President of Sudan, the official leading the coup, declared a state of emergency throughout the country, “to ensure the safety of citizens and dissolve any hint of revolution” against the dissolution of the executive and the Transitional Sovereign Council, as well as the forfeiture of all governors and the anti-corruption commission, in view of elections to be held in 2023.

Following Burhan’s statement, mass protests and fierce clashes with the armed forces followed, although local sources report elements of the army that peacefully allow demonstrators to pass through some areas of the country.

“I believe that, behind the army,” says Mgr. Yunan Tombe Trille, Catholic bishop of El Obeid and president of the Bishops’ Conference of Sudan and South Sudan, “there is the Muslim brotherhood and this is also testified to by the fact that in recent days, some of them were seen wandering around City Hall to ask that the civilian component surrender all the government shares to the military. A state of emergency has been proclaimed, the supreme council, together with the government, has been dissolved and several ministers are in jail. It is a bad scenario that will continue with the military junta mocking international leaders with sham elections and claiming that they have been legitimized by the people exactly as they have done for decades. People are very likely to continue demonstrating, but everyone’s fear is that the demonstrations, in a state of emergency, will be suffocated in blood. We are returning to military rule and the future seems to open up contexts of war rather than peace.”

Sudanese citizens, who became protagonists of a historical revolution two and a half years ago, took the future into their own hands. Today, that future has been ripped from them again. They will continue to fight as they have done in recent years, but they need the convinced support of the international community and transactional bodies, so that yet another spring does not turn into a winter. 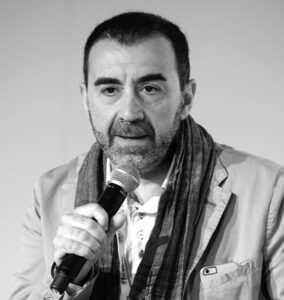 After post-Soviet Russia: Civil Society, Culture and the Future