Home » Pakistan, the big brother of the Taliban

At least part of the heavy burden that has influenced the lives of the Afghan people in recent decades derives from the behavior of an intrusive neighbor on the verge of invasion. The nineteenth-century disruptions of the British Empire—and the more recent Soviet and American ones—were obvious to all, teeming with armies and spilled blood. Afghani aggressions were always returned to the sender with the inevitable toll of violence and death. The Pakistani invasion, however, is subtle, based on alleged aid and the granting of refugee camps across the border, and the comings and goings of guerrillas and intelligence agents—a great specialty of the Muslim giant. With its 220 million inhabitants, Pakistan is growing in proportion more than the most prolific African bloodlines, and 37% are children under 15 years of age. It is the most populated Islamic country after Indonesia. Islam gathers 97% of the inhabitants, concentrated in medium coastal centers and villages, except for the megalopolises of Karaki, Lahore, Faisalabad (housing respectively 24, 11 and 7.5 million people). But some regions, known mainly to those involved in geopolitics, such as Balochistan, where Quetta is located, or the Kyber Pakhtunkhawa and Federal Tribal Areas, known by the acronym FATA, collect 13 and 40 million Pakistanis respectively.

A fifth of the population, often not quiet people, but rather activists and fighters. In the cities of Quetta and the more populous Peshawar one finds those who chew on foreign policy and embrace the denomination Shura (which in Arabic stands for Council), characterized by the Taliban stocks of reference. The historical Shura of Quetta gathers the orthodox Afghan Taliban, today led by the conservative cleric Akhunzada with the help of the pragmatic Baradar; Peshawar’s is influenced by Koranic students who are friends of Pakistanis. Between the two, and in the two, the infamous Haqqani Network acts, a powerful clan that with the heirs of the late patriarch Jalaluddin, moves militias, attacks, pressures and exerts 360° relations. Here, then, are some distinctive features of Pakistan: a country in stunning demographic rise, an enormous confessional laboratory, a crossroads of alliances in direct correlation with the interests of the great world powers.

It is a source of political distortion, nourished by the Taliban entities that can assemble there thanks to internal powers (heads of state and government, army, and intelligence) capable of exercising influence near and far. Pakistan was once the “great destroyer.” After independence and complete separation from India, with wars for the disputed territories of Jammu and Kashmir, national politics have oscillated around the powerful military lobby (supported by a third of the state budget), instigators of various eras of coups, coups and dictatorships (with the presidents-masters Ayyab Khan, Yahya Khan, Zia ul-Haq, Musharraf), and the strength of family clans.

The most famous are the Bhuttos, de facto head of state and premier (Zulfiqar and Benazir), whose lives were cut short by executions and attacks. It is a very agitated environment, where the US allies laid their hands on the internal contradictions, who for about half a century have regulated their agreements based on the interests and dynamics of the world chessboard. In this way Islamabad, the pro-Soviet anti-Delhi, received the atomic weapon (it currently holds a quarter of the global arsenal), while at the top of the nation the struggles for command made the coalition somewhat less calm than the White House and the Pentagon.

One of the most disturbing figures was General Muhammad Zia ul-Haq. He turned against Prime Minister Bhutto who had made him Chief of Staff in 1976, unhappy two years later and sentenced to be hanged. With a personal despotism backed by the Armed Forces, Zia revived the nuclear program already supported by the United States. After the Soviet invasion of Afghanistan, he supported the resistance of the mujahideen, especially helping the fundamentalist group of Hezb-i Islami of Hekmatyar. At that stage, the most radical preaching of Deobandism found ample space on Pakistani territory and an explicit fundamentalism of government was established. Not only the absolute ban on the sale of alcohol and forced withdrawals from citizens justified as zakat, but corporal punishment and the stoning of women for alleged adultery conditioned a nation that they wanted different from the airs of Caliphate than the Pakistani People’s Party and the same orientations of the father of the homeland Ali Jinnah.

In 1988, Zia’s career crashed in Punjab during a flight, in a mystery that remains so only on the record. On this front, state killing makes Pakistan very Western. Since then, the nation has increased the economy with a private industrial acceleration and increased claims of regional control. By leveraging American interests above all against historical opponents of the USSR and China, the rulers of Islamabad are slipping into the hundred and one regional cracks in search of their own advantage. But alongside the trends of a modern state interested in the implications of globalization, despite the perverse spiral of consumerism-corruption-public debt, the intrigues between pieces of the state and confessional-cultural extremism are increasing.

The Deobandite schools, largely Sunni Hanafi, and the Hanabalite one, where Wahhabi preaching prevails, do nothing but rekindle a fanatical vision of one’s belief with easy bloody rifts with other religious groups and towards any Muslims themselves considered infidels. Considering that a minority, but not such a small one – estimated at around 25% – of Pakistanis profess the Shiite faith, internal tensions in religious matters reach high frictions. And they feed that violent substratum that from the madrasas—like the historical one of Darul Uloom Haqqania where Mullah Omar was trained—flood cities and villages spreading intolerance, sectarianism, and kamikaze attackers. The relationship of the Pakistani institutions with this ideological substratum of political Islam of the most varied Taliban groups is contradictory.

Officially, the governments have manifested adhesions to the international agreements that bind the country to the United States, but, for example the rapprochement of the latter to India by Narendra Modi – which embodies the dual role of geopolitical and also religious enemy – has increased the double-dealing of Islamabad. This is seen in the national leadership and what it suffered on behalf of Inter-Services Intelligence, which acts above and against the very official nature of politics. The refuge offered to Osama bin Laden was emblematic; he had ended up in Abbottabad not only thanks to the Qaedist support network. In reality, the dirty gamesthe local Service Agency has been carrying out for years—exchanging favors with every Taliban front, and intervening in the unstable Afghan provinces to create the so-called “strategic depth” useful for the regional supremacy that Islamabad pursues.

But while caressing and nourishing the jihad of Taliban resistance against its own US global referents and protectors, the Pakistani government has to deal with the radicalism of branches such as the Tehreek-i Taliban, capable of harrowing massacres against children (Peshawar school in 2014; Lahore playground in 2016) which are similar to the carnage of ISIS Khorasan. And they display even more minute and schizophrenic nuclei in planning bloody raids: Lashkar-i Taiba, Lashkar-i Jhangvi, Harkat-ul Jiahad-al Islami, Sipah-i Sahaba. The boomerang effect of such partnerships divides the rulers between those who advocate the uprooting even by force of Islamic radicalism, as happened in 2009 in the Swat Valley—and those who do not want to know. China will increasingly enter into the present and future dynamics of Pakistan that conditions Afghanistan, with its mercantile policy in need of security in certain areas.

Those to be exploited: the Afghan subsoil rich in lithium, copper, aluminum, gold, those of the passage of artifacts: the corridors that from Xinjiang lead goods to the Pakistani port of Gwadar, avoiding channeling them into the South China Sea towards the Strait of Malacca. In this game of couple or triple alliances that are shattered and recreated, “American” Pakistan makes a turnaround in Washington, flirting with China which in recent years has invested 52 billion dollars there, and with it shares a mutual anti-Indian orientation. Islamabad against Delhi was first and foremost reciprocated, while India returned resentment to Beijing over the inaccessible borders of the Himalayas—to which is added the frustration of being overtaken in the race for the “motorways of water” by a most substantial craving for Chinese supremacy. Thus, the substantial investments made by Indian leaders for the conquest of the ocean that bears their name – where two thirds of the world’s oil travels and a good half of the world’s products are packed into containers – seem in vain.

China has not taken a step during the two decades of US military presence in Afghanistan, nor would it want to do so now, although gaps in geopolitics always ask to be filled. But it takes clear risks, precisely in Xinjiang with the terrorism in support of the Uyghur of the fiery Islamic Party of Turkestan, and along that “silk road” that crosses Afghan valleys, dominated by the Taliban or by the dissident presidents of ISIS-K. The Asian giant will certainly need the Pakistani eminence, the advocate of disordered order, synthesized in the nation. It is a nation unscrupulous in conditioning the subordinate neighbor, and anyone who approaches him for any interest. 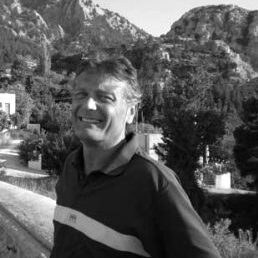