The Federation of American Scientists (FAS) recently released a report, supported by satellite images, which would show that China is building two new nuclear missile sites: one in Yumen, a city located in western Gansu province, and the another in the Hami prefecture in eastern Xinjiang. From the data in the possession of the analysts, it would seem that the silos (underground structures designed to host and launch missiles) of Hami are in a very recent phase of development compared to the Yumen site. There the construction began at the beginning of last March, but since then their expansion has continued apace. The grid profile of the entire complex indicates that it could possibly include about 110 weapons.

The construction of the sites at Yumen and Hami constitutes the most significant expansion of the Chinese nuclear arsenal ever. China has operated around 20 missile silos for decades, specifically DF-5 intercontinental ballistics with liquid fuel and with a range between 10,000 and 12,000 km. With 120 silos under construction in Yumen, another 110 silos in Hami prefecture, a dozen silos in Jilantai (Inner Mongolia province), and possibly more silos added in existing deployment areas, it appears that the People’s Army Missile Forces may have about 250 silos under construction. This is a surprisingly high number, which exceeds the number of ICBMs on silos operated by Russia and constitutes more than half of the entire US international ballistic missile arsenal.

Although there is still no data to infer how the silos will be used (and how many warheads each missile will carry), the hypothesis is that they could be destined for the new solid fuel DF-41 missiles, which can carry more tested and achieve objectives “up to almost 15,000 km away” (and, therefore, also the United States). In any case, the program represents a significant increase in the Chinese arsenal, which the FAS estimates to be of the order of about 350 nuclear warheads. 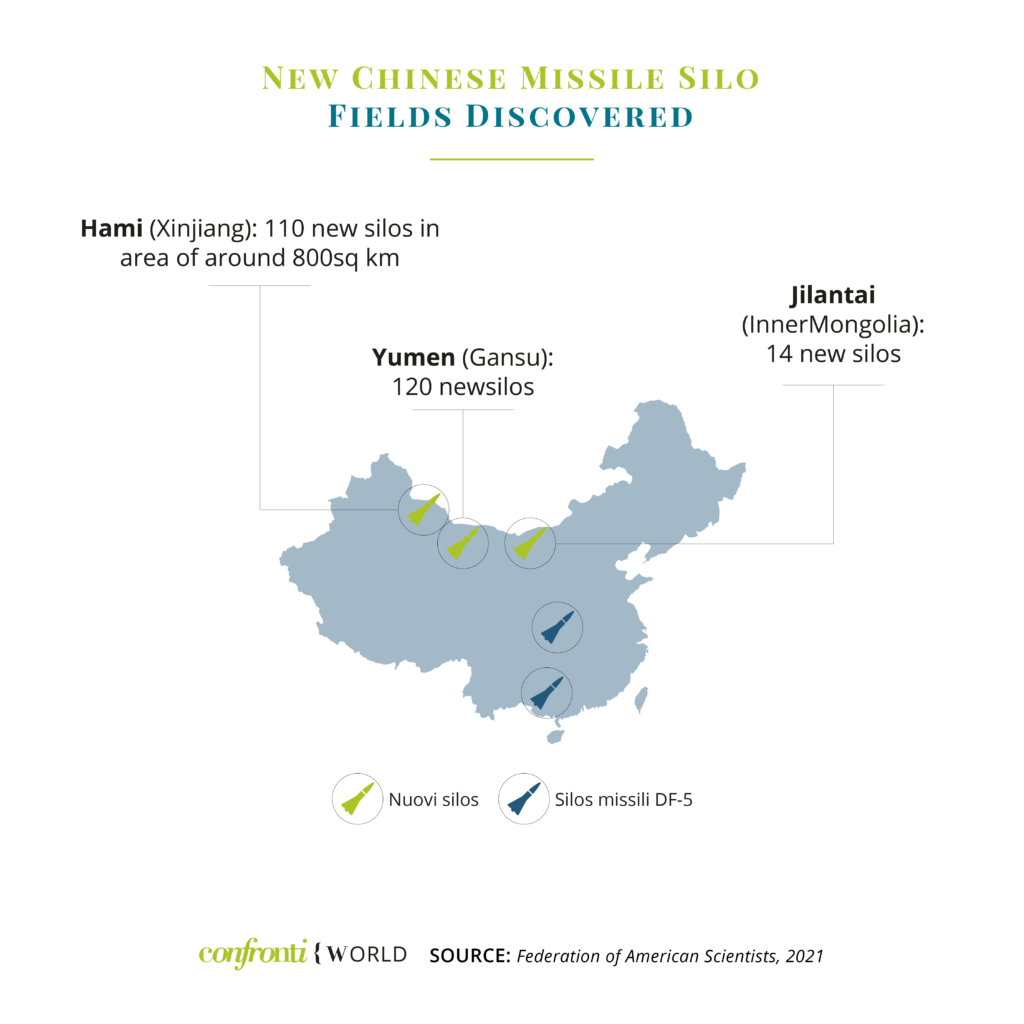 Last year, the Pentagon declared that China had “less than 200 operational nuclear warheads stock” and Admiral Charles Richard—commander of United States Strategic Command (one of the eleven joint command centers of the US Department of Defense)—stated earlier this year that “China’s nuclear weapons stocks should double (if not triple or quadruple) over the next decade.” The construction of the new silos, therefore, would seem to be in line with this forecast.

What seems certain is that this strategy represents a “logical” reaction to a dynamic of “war competition” for which other nuclear superpowers – including Russia, India and the United States – are investing in the implementation of their own arsenal – both nuclear than conventional – as well as in expanding its missile defense capability.

So while China remains formally committed to its “minimal” nuclear deterrence position at the moment, it is also responding “in kind” to that competition. 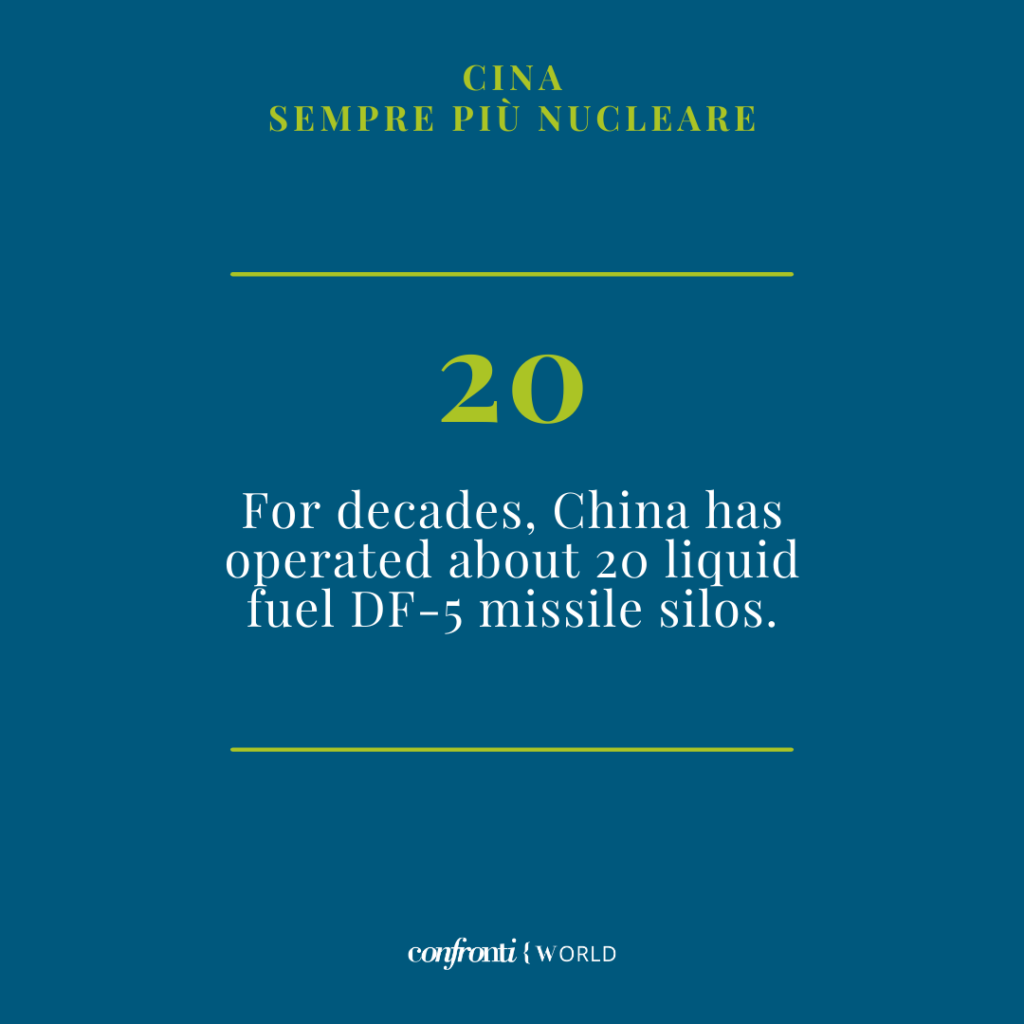 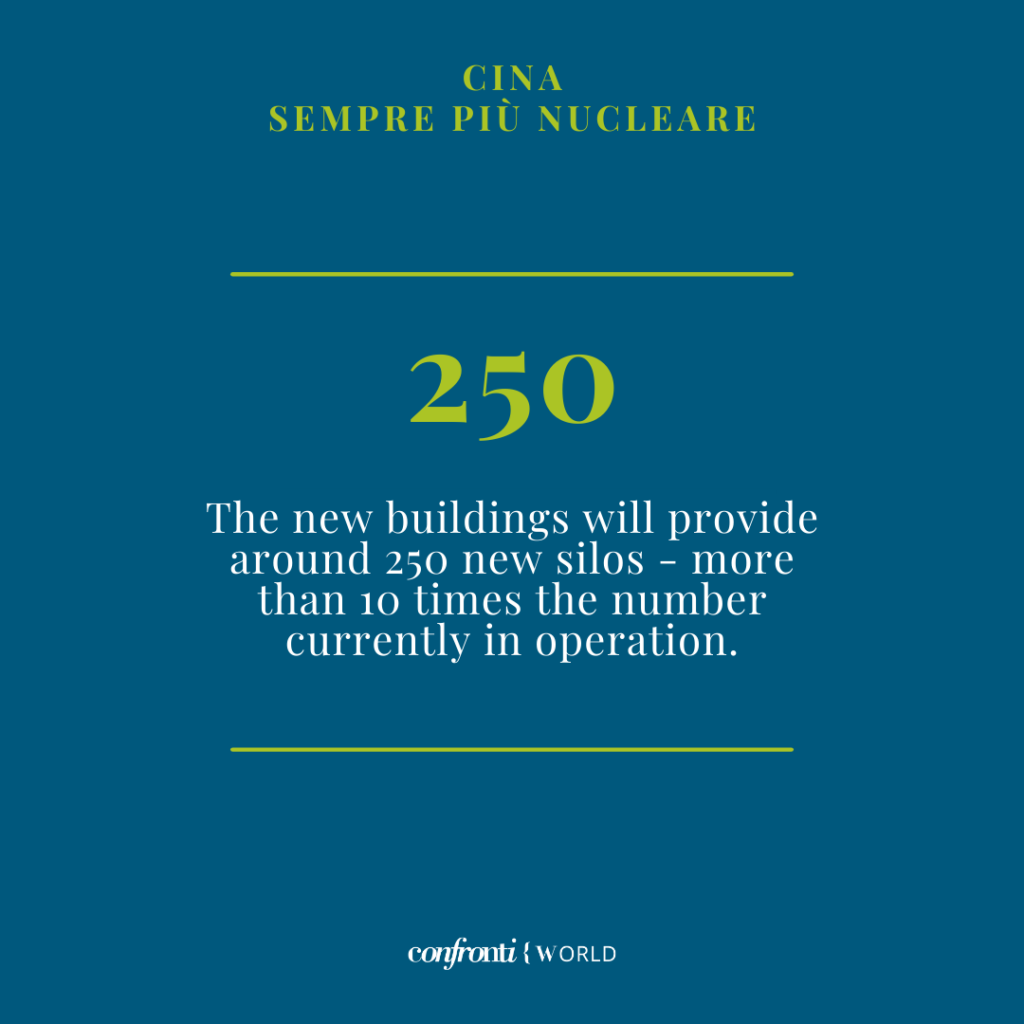 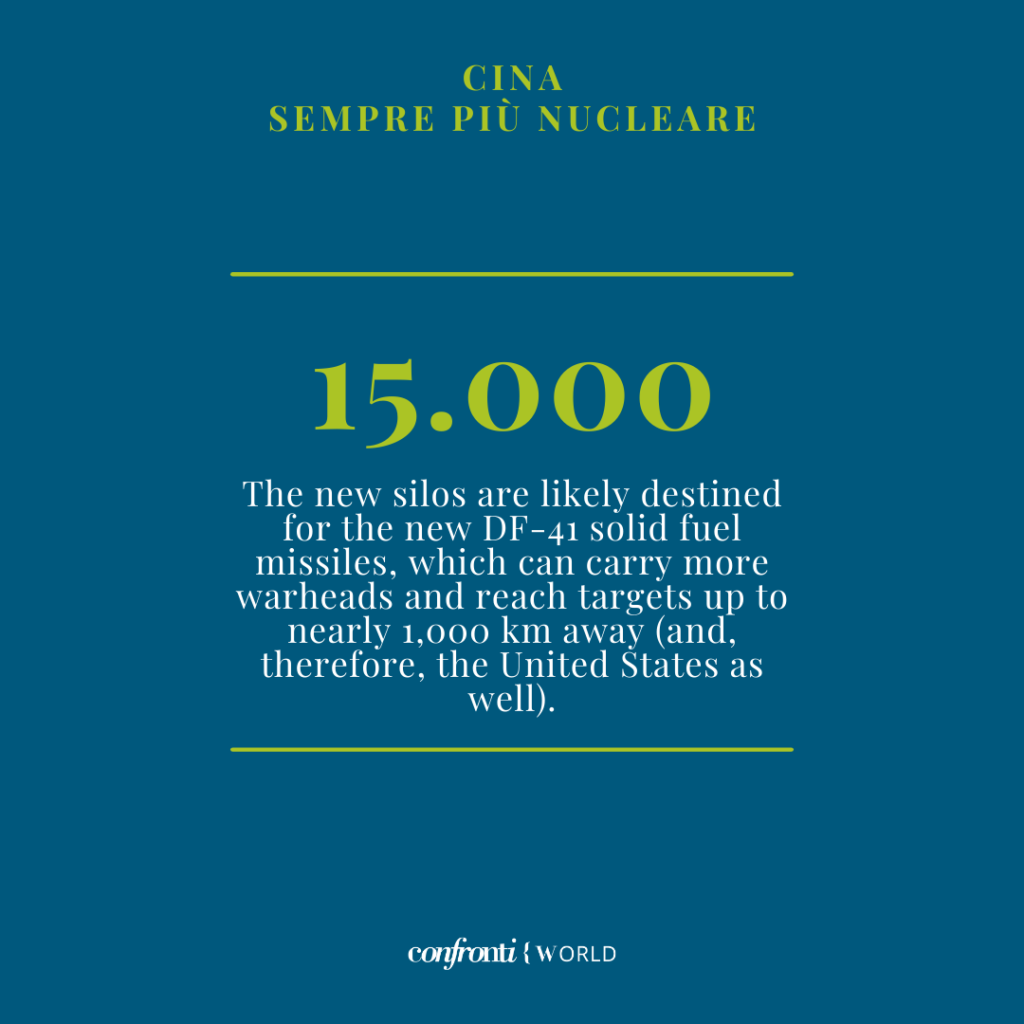 The price of the atomic bomb at home