by Deborah Erminio. Researcher at the Medì Study Center

Poor and needy, or desperate and unwanted: these are the two main stereotypes concerning immigrants. The research report from the Centro Studio Medì, “Volontari inattesi. L’impegno sociale delle persone di origine immigrata sul mondo del volontariato” (“Unexpected Volunteers: The social commitment of people of immigrant origin in the world of volunteering”) restores an uncommon image in public opinion, that of the immigrant, who is not only a subject in need of help or—worse—a burden for society, but also an individual who makes his wealth of resources available to others and becomes an active protagonist in the context in which he lives.

The survey showed the faces of hundreds of immigrants engaged in voluntary activities in 163 cities of Italy (658 questionnaires, 100 life stories, 5 case studies and 5 organizations were surveyed at the national level with a high number of immigrants among their volunteers). The report gives voice to the many paths that led them to the choice of volunteering, to their motivations and the broad reach of their solidarity.

A polychromatic image emerged, as rich in nuances as there are realities that make up the migratory world, a diversity of which we do not always consider. In most cases, these are people who have been in Italy for several years, educated and well-integrated into the local fabric, whether they are students, workers, housewives or the unemployed, an expression of the migratory presence that has stabilized and taken root in Italy. They are almost invisible in the media discourse, tucked away from the spotlight of public debate. There are also immigrants, even minors, who have recently arrived, who often benefited from services aimed at them in the first years of arrival and later passed from the role of beneficiaries to that of volunteers.

This leads to our first reflection: in Italy, volunteering manifests above all when a certain level of social integration has been reached.

This is not a completely new topic, but it has been scarcely explored because the focus is often on migrant associations, therefore on immigrants who help other immigrants, while in this case, the focus of the analysis is on the participation of immigrants in more universal voluntary actions, which appeal to everyone.

Immigrants are mainly active in “social assistance services” (18% of the total), in “cultural activities” (17%), in “educational” activities (17%) and in “recreational and socialization activities” (16 %). Compared to the reality of volunteering in Italy, they are more active in cultural activities, in social assistance services and aid in humanitarian emergencies, in international cooperation and in initiatives aimed at promoting economic development and social cohesion.

The reasons that many immigrants push towards active engagement are many: they enter the world of volunteering to feel useful and make a contribution to the environment and / or the community in which they live (17%); because they believe in a just cause such as that carried out by an association (17%); or more simply to be with others and develop dense and rewarding social relationships (14%). Obviously, speaking of people who have a migratory background, it is also important to want to commit oneself to help other immigrants (13%), but it is not only this: the analysis of these immigrant volunteers is comprehensive and goes beyond the dimension of ethnic solidarity and addresses society as a whole. Social commitment towards others is almost never separated from a more personal dimension towards oneself (as indicated by many sector studies): regardless of being Italian or foreign, social action promotes the well-being of those who do it.

Social commitment is gratifying. It confers a positive self-representation (esteem, self-confidence, etc.), immediate gratification (gratitude of the beneficiaries) and social recognition on the part of others. It allows you to test yourself and discover your abilities; it is an opportunity for personal growth and identity construction; it develops relationships with other volunteers and beneficiaries and can be the way out of situations of social isolation; it favors the development of skills of various kinds; it can increase resilience because the encounter with suffering helps to develop a greater level of awareness of one’s situation, shifting the focus of interest from one’s state of discomfort; and it cultivates existential satisfaction because engaging in concrete activities for others means being able to make a difference.

Volunteering is also linked to the personal and social identity of people. Considering that immigrants often carry out unskilled or poorly skilled jobs, volunteering can restore a dimension of personal value often taken away from migrants: not only are they immigrants crushed in the dimension of economic need, not only are they refugees who arrived on boats, completely identified with their crisis; but they are also people who can rediscover the value of themselves as individuals.

Being part of an associative group offers a new perspective in the definition of one’s social identity. It becomes an opportunity to be recognized, without distortions of inferiority; it favors feeling accepted and appreciated in a group: one feels part of a “we” that transcends the immigrant origin. For example, wearing a uniform takes on a symbolic value that tells others “I am a full part of this society,” and it places the subject in a position of social belonging that is deeper to that often predominant role of foreigner and / or immigrant. Social action also has an important value for the society that benefits from it, which goes beyond the concrete help that is offered. Immigrant volunteers show a society that is changing, indeed one that has already changed in part, even if we hardly notice it: an Italy where immigrants are active protagonists of social commitment, resources for non-profit associations and for society in general.

To put it in the words of an interviewee: “I started as a victim and became a protagonist.” We are used to thinking in terms of a social stratification, in which immigrants have the structural disadvantages of society (less good jobs, greater poverty, etc.) and we struggle to give them a fully equal role. This investigation presents a counter-current narrative with respect to the public debate on immigration. It shows how these new slices of the population are already inserted in the social context: they are protagonists who have done their utmost for the society in which they have lived for a long time, have a solid social settlement, a cultural background and a wealth of significant resources. For the world of volunteering, indeed for everyone, they represent a capital of resources to look at with fresh eyes. 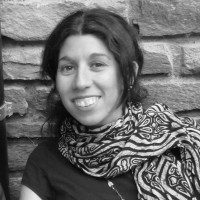 Researcher at the Medì Study Center

Seid Visin; or, Racism and False Progressivism in Italy