Home » Circumcision. Requests on the Rise During Lockdown

by Francesca Bellino. Journalist and Writer

Closures and bans caused by the COVID-19 emergency are preventing the departures of many Muslim migrants to their countries of origin. Such departures are often linked to religious festivals and rituals, such as that for circumcision for male children practiced in the world both by Islamic and Jewish communities. According to AMSI statistics (Associazione medici di origine straniera in Italia) and of Co-MAI (Comunità del mondo arabo in Italia), one year after the first lockdown, there was a 45% increase in requests for circumcisions in Italy, especially by Muslims.

Although it is the same ancient practice, there are numerous differences between the ceremonies organized by the Islamic and Jewish communities, both in the organizational practice and in part of its meaning. Circumcision for Jews is a mandatory biblical norm. It takes place on the eighth day of the newborn’s life in the home, in the synagogue or in public rooms and is practiced by doctors or qualified persons, the so-called circumcisers (mohel). The foundations for its observance are found in the Torah, in Chapter 17 of the book of Genesis in which the covenant between Abraham and his descendants is mentioned. It is called brit milà, the covenant of circumcision. With this ceremony, the name of the child who enters the religious community is announced. The commandment also applies to those who convert.

In the Koran, on the other hand, there are no explicit references to circumcision, even if it is now a consolidated practice, interpreted as an act of hygiene and purification as well as entry into the religious community. It is present in the Sunna, the tradition of the Prophet Muhammad (also circumcised as a spiritual successor of Abraham), and is recognized in the Prophet’s hadiths—his collected sayings and actions. There is no age limit to do it, but the time frame between four and eight years is preferred.

Ritual circumcision is compatible with the legal system of the Italian Republic, since it does not affect other constitutionally-protected values ​​such as the protection of minors, the right to health, human dignity, the legitimate disposition of one’s body and the freedom to profess one’s religious convictions. But it is not practiced in public structures at the expense of the National Health Service because it represents a religious and non-therapeutic intervention. Therefore it would constitute an unjustified burden on public health. The operation is usually done in private clinics with often very high costs.

Discomforts and complications arise above all in Muslim families who rely on holy men or marabut, who sometimes perform clandestine, unsafe operations, sometimes in unauthorized premises, putting the health of the circumcised at risk. In the last two years in Italy, five children aged between five months and six years have lost their lives, all of African origin, in most cases due to complications of the haemorrhagic type.

According to AMSI data, 11 thousand circumcisions are carried out every year on children born in foreign families residing in Italy, which include infants of Arab, Pakistani, Bangladeshi, African origin, from Eastern countries, mostly Muslim, with a minority Coptic Christians. Among these, before the COVID-19 emergency, six thousand were practiced in the countries of origin, while 5 thousand in Italy, including 35% in clandestine modalities and with 20-22% of cases with complications.

The numbers are very different for the Jewish community. “The population has shrunk, fewer children are being born: only about a hundred boys are born a year,” explains Riccardo Di Segni, doctor and chief rabbi of the Jewish community in Rome, who stresses that “families rely on specialized operators; some do it for free, consider it a merit and those who ask for it are grateful, others do it for work.”

“For us, circumcision”—continues Di Segni—“is not a medical procedure even though it requires local anesthesia. It is experienced as a festive event that does not take place in a single day. It is accompanied by checks on the child’s health before and after the ritual and the ceremony is preceded by a wake in which the family participates. We no longer think about it, but even the first of January, the day of Jesus’ circumcision, is preceded by a vigil, the New Year. Once on the calendars on the first day of the year there was the inscription ‘Circumcision of N. S.’ which for some years no longer appears for Catholic theological reasons that I do not know. But perhaps it would be useful to re-propose that memory.”

Circumcision—whose term comes from the Latin circumcidere which means “to cut around”—is the oldest surgical procedure in the world. It consists in the removal of the foreskin, the sliding flap of skin that covers the glans, the terminal part of the penis. About a third of all men in the world are circumcised. For Jewish circumcisions, according to Di Segni, it is customary that “the circumciser arrives early, arranges an empty chair for the Prophet Elijah, appoints a friend who has the honor of holding the child tightly at the moment of cutting, while the mother stands aside, ready to breastfeed the baby.”

In Islamic communities, however, the ceremony is often organized in conjunction with other holidays, Eid al Fitr, the feast ofthe end of Ramadan or Eid Adha, the feast of sacrifice that commemorates Abraham’s act of sacrificing his son Ishmael by divine order. “Circumcisions are also organized on the 27th night of the month of Ramadan. It is the day when the holiest things happen,” says Basma, a Tunisian living in Rome, mother of two daughters who always helps other mothers who have sons to be circumcised. “The children,” adds Basma, “are dressed in the traditional dress, usually a jebba; henna is done on their hands, they eat and sing together.”

“The problem is the clandestine circumcisions and the black market,” explains Foad Aodi, founder of AMSI, councilor of the Order of Doctors of Rome and president of Co-mai. “We appealed to the Italian government to request the extension of the authorization of circumcisions which I call ‘preventive’ at the national level by inserting it in the NHS at authorized facilities such as LEA, the essential levels of assistance, or guaranteeing affordable prices through a ticket. In private structures the costs are too high; you can even spend five thousand euros.”

“We have set up a technical table on Health and Immigration to sensitize the Italian regions to authorize circumcision,” continued Aodi, a Palestinian in Italy since 1982.  So far, Lazio has responded, allowing the operation to be carried out in private facilities with a family ticket (about 200) with an age limit greater than 4 years and without a pediatrician’s referral. Tuscany and Le Marche have included the LEA with the payment of a minimum ticket. In Civitavecchia a clinic for adults only has been dedicated to circumcisions.”

To help families, AMSI has made the online desk available on the site www.amsimed.org. In the past seven months, inquiries for safe and affordable places have increased by 45%.

Meanwhile, in Rome, Dr. Monir al Mansour, Palestinian in Italy since 1973, retired surgeon at the Policlinico Umberto I and researcher at La Sapienza University, is waiting for his patent for a circumcision device with removable parts, the MonirCut, to be marketed. “The purchase procedure by a Padua-based company has been slowed down due to COVID-19,” explained the doctor, “but the prototype is ready and will allow faster and safer circumcisions. The device, useful only for children, is designed to cut and sew in a single moment, rather than in several stages, and allows the doctor to avoid bleeding without even stitching thanks to a compression under the cut.”

Dr. al Mansour is often called to private clinics to carry out circumcisions, even to the children of refugees who are helped to pay for expenses by cooperatives or associations. “In Italy there would be a need for greater support from the NHS because a bad practice returns to the NHS itself as a defect,” explained Dr. al Mansour. “When I was working in the hospital, many families returned after bad circumcisions with complications and I had to re-operate, sometimes do plastic surgery. But many permanent problems remain.” For Dr. al Mansour, the psychological preparation of the child should not be underestimated either. “I don’t remember my circumcision,” he says, “but my friends told me that a trap was set for me. I wasn’t prepared properly and the pain was a nasty surprise.”

Doctor Adel Chehida, an anesthetist and Tunisian living in the Le Marche region, chose simple words to prepare his son. “My child, we will remove a piece of unnecessary skin. They all do. I did it, the grandfather, the uncle, the cousins. You will feel a little pain, but after a few days everything passes and you will receive many gifts.”

“When it was my turn to circumcise,” recalls Chehida, “they gave me a cup of Toplexil cough syrup as a sedative to calm me down, but it didn’t work. At the time of the cut, I was looking for my mother’s comfort, but she had hidden away so that I wouldn’t cry. By now I was lying on the bed. I could no longer escape my fate. I concentrated on the thought of the dinars and the kisses I would collect as I heard the scissors make a noise I will never forget. Then the pain and the burning.” 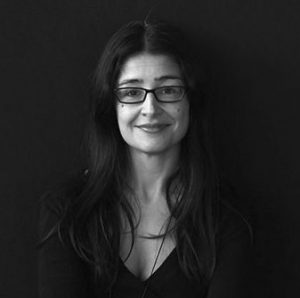 And Yet it Moves: Signs of the Approaching Political Islam