Elizabeth Green, theologian and Baptist pastor, specializes mainly in biblical hermeneutics and exegesis, Christianity and violence against women, and gender and sexuality issues in reference to God. Member of the Italian Theologian’s Collaborative (CTI), she was vice president of the European Society of Women in Theological Research (Eswtr). In her latest book, A Spiral Path: Feminist Theology:The Last Decade (Claudiana, 2020), she reexamines the themes that have characterized feminist theology from the beginning and proposes unpublished readings from the Bible that encourage a creative approach to the sacred text, starting with one’s own reading.

In her latest book she uses a figure, that of the spiral, to describe the path taken by feminist theology in the last ten years, an up-and-down path, and a continuous work of recovering what has already been said. How does feminist thought of the last decade differ from that which preceded it? What are its limits and what, instead, are the distinctive and original aspects?

“A spiral path” is a phrase that in Mary Daly‘s original work that refers to the history of women. I use it to first describe the last 50-60 years of feminist theology by referring to the repeated times we have been forced to go back to the beginnings. In short, a repeated start from scratch. In fact, the themes I deal with in this book (motherhood, male violence, the body, as well as the figure of God itself) are the themes dear to feminist theology from the beginning but which unfortunately are still relevant today. If I had to differentiate the feminist thought of the last decade from that which preceded it, I would say that this consists in the clearance of transfeminism with respect to the thought of sexual difference. Although I am convinced that the concerns of transfeminism were present in feminist theology from the beginning, as it worked on the intersectional nature of the exclusion of women. Now, however, we are beginning to enter into more dialogue with men, aware of the partiality of their gender and we are even moving towards an overcoming of the male / female binary. The risk, however, as we move towards queer thinking, is that a new type of neutral universal will emerge that is unable to cope with the many injustices that patriarchal society reserves for women as women. I discuss it in the book I wrote with Cristina Simonelli, Incontri. Memories and perspectives of feminist theology (San Paolo Edizioni, 2019).

The exclusion and oppression of women by patriarchal thought intersects, therefore, with other forms of domination and subordination. In exploring diversity, Chapter V focuses, in particular, on the diversity of sexual orientation. Can you briefly describe the Protestant theological foundation that supports the reception of homosexuals in the Churches?

Undoubtedly, Protestantism can found the reception of LGBTQ+ people in the Churches in different ways, but I prefer the one that in my opinion goes to the heart of the matter and that I consider irrefutable, namely, the Pauline idea of ​​justification by faith. It starts from the idea that “all have sinned and fallen short of the glory of God.” This means that nothing about the human puts him or her in the right relationship with God. When Paul writes that “boasting” is excluded, he is saying that being something (male and not female, heterosexual and non-homosexual), doing something (works), having something (wealth, social status, culture)—before God, none of these have weight. Consequently, being a woman or a lesbian, or a gay or poor man does not entail any disadvantage in the eyes of God. It is specifically stated: “There is no distinction / discrimination.” And this is because it is not ourselves but Christ who put the human in relationship with God. This logic pervades the letters to the Romans, the Galatians, and First Corinthians, but here is the basic text: “In fact there is no distinction: all have sinned and are deprived of the glory of God – but they are justified freely by his grace, through the redemption which is in Christ Jesus “(Rom 3, 22-24). In the rest of the epistle, Paul develops this thesis by drawing the consequences for community life, mutual acceptance by the community (Rom 15.7).

After a long debate that began at the beginning of the new millennium, the Waldensian and Methodist Synod of 2010 and the Baptist Assembly of 2016 not only urged the Churches to address and deepen the reflection on the question of welcoming homosexuals, but they have also given the Churches the right to bless same-sex couples. Since then, what has been done within the Italian Protestant Churches to put these recommendations into practice? Which resistances and obstacles are still there?

Given that I am not in a position to have a complete vision of the Protestant Churches in our country, I can only share the idea I have about it. It is well known that although blessings were given to same-sex couples, there was not the influx of blessings that some feared. Furthermore, assembly or synodal decisions were seen as a point of arrival and not as a starting point. It is as if, having obtained this possibility, “the case” has been closed! Here, too, we are facing a “spiral path” because there are many forces that, even in a subtle way, play against these decisions. Very little has been done, at least in the Baptist church but perhaps also Waldensian and Methodist, to implement what the resolutions wished, that is, a deepening of the welcoming (a word I don’t like) of LGBTQ+ people so that all communities would acquire an awareness of nature, and become radically inclusive in accordance with the message entrusted to them. I have the idea that we preferred to keep quiet, either because we thought that everything was already going smoothly, or in order not to disturb the still waters of community life. My impression is that, at least in this year and a half of the pandemic, the Evangelical Churches have had quite a hard time surviving and prefer to avoid potentially problematic issues. Obviously, I hope I’m wrong but so far, while we have a map of eco-communities, we don’t have a map of LGBTQ+ friendly communities. In any case, I think that choices governed by prudence are counterproductive in the long run. If Protestantism has a reason to exist, it is on the basis of its courageous choices.

The Week of Prayer for the Victims of Homophobia and Transphobia (10 to 17 May) promoted by Churches and groups of LGBTQ+ Christians has just ended. In this regard, you stated that you would participate in the vigils “to overcome our deep fears.” How can the Churches contribute to stemming the climate of violence generated by the fear of “difference” that pervades our societies?

I like the image of the church as a “gym” where you train in a new way of relating without the dynamics induced by the fear of differences. The church provides a “context” that deprives us of our fears, thanks to the love of Christ. He announces a God who accepts us in Christ and this allows each * to accept himself * in his own complexity and ambiguity. Reconciled with ourselves, we no longer need to project our hidden fears onto others. In my experience, the physical space of the church, just as a place of worship, provides an environment that facilitates the encounter between differences that otherwise might not take place. And such a meeting can generate pleasant surprises for both parties. A few years ago, during a cult for overcoming homophobia, I asked a representative of the LGBTQ+ association in Cagliari with which we collaborate (the Arc) to pronounce the final blessing with me. It was a spontaneous gesture of great symbolic power, as if two communities were invoking the blessing on each other.

The Responsum of the Congregation for the Doctrine of the Faith of last February 22 reiterated that it is not permissible for the Catholic Church to bless forms of union other than marriage. As a pastor and Protestant theologian, how do you read this stance of the Catholic Church at this precise historical moment? Do you think it is still far from being able to grasp “the signs of the times” or do you see some glimmers anyway?

To answer this question, it is necessary to know the occasions in which it is lawful for the Catholic Church to bless people, objects, places. Is there the possibility, within its theological framework, of fulfilling this request and has it not done so? Or did it not do so because its theology and practice of blessing does not allow it? I was amazed that it was thought that it was a possibility! I do not see any scandal—in this the Catholic Church is true to itself. You have always declared that marriage is the union between a man and a woman. From my point of view there is a profound and hardly contestable reason for this insistence: sexual difference is fundamental for the symbolic order of Catholicism. To hold firm to this difference and the subordinate role of women (exclusion from the sacrament of orders) is the figure of the Virgin Mary. To undermine this order by allowing a union between two people of the same sex would have major consequences for an order built on the exclusion of women. (This theme was also explored in the essay written for a collection currently being published, Misogyny in Question, edited by Marinella Perroni and Antonio Autiero). Having said that, it must be understood that Catholicism is a very varied phenomenon (just like Protestantism!) That lives from a unity that is more symbolic than real. It cannot be ruled out that some priest somewhere might make a liturgy of the word that closely resembles a blessing of people of the same sex. From this denial, therefore, I would not say that the Catholic Church does not know how to grasp the signs of the times. Indeed, Pope Francis has shown that he knows how to grasp them very well. But from there, to convert them into universal (or “Catholic”) practice it will take something other than a union that resembles a marriage. On the other hand, I have some doubts that it is the duty of the Churches to celebrate weddings of any kind. 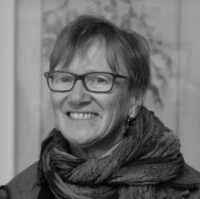 Will the economic cost of clergy pedophilia make...