Home » India. The pandemic between inequalities, nationalism and elections

by Elena Valdameri. Researcher at ETH Zürich and historian of modern India

Among all the countries of the world, India is the second most hardest hit by COVID-19. In recent weeks, cases have reached 400,000 and hundreds of thousands of deaths. The violence of the pandemic was spurred on by a fragile health system, strong economic inequalities and the nationalist rhetoric of the current Modi government which, however, suffered a severe defeat in the last local elections. We talked about it with Elena Valdameri, researcher at ETH Zürich and historian of modern India.

What are the main weaknesses of the Indian health system and what role did they play in the failure to fight the emergency?

In India, there is no real public health system. Or rather, it never worked. It is inadequate and the distribution of health facilities throughout the territory has always been very imbalanced. The situation is aggravated by the persistence of a very strong inequality between the number of doctors and patients, about one doctor for every 10,000 people, which gives the measure of how difficult it is for healthcare to reach everyone.

Rural areas are mainly affected, with a much smaller number of health facilities and where doctors, coming from smaller locations, are much less prepared, with lower levels of education and a scarcity of medical technologies. As it is easy to imagine, to compensate for this public health system there are private health structures, which, on the one hand, have the same limits as public structures, since they are mainly concentrated in cities; on the other hand, they are generally very expensive for the lower middle social classes and unattainable for the population living below the poverty line, which according to estimates is now around 60% of the population.

From your statement we can understand that the problems have not emerged today, but are the product of a long-term weakness.

Yes, in India public health has always been underfunded, in favor of other expenses such as  for the military. According to the Constitution, it is the task of the individual states of the Union to take care of health, which generally make very small portions of their budgets available. This type of approach has historical roots. In fact, since the beginning of Indian independence, we have seen continuities in terms of social policies. The Indian constitution, very progressive in its ideals and in its conception of freedom—understood both as freedom from colonial domination and as freedom from poverty—has failed to embody these ideals in its principles. Political and civil rights, in fact, are considered rights par excellence and are among the fundamental rights of the individual; while economic and social rights are conditional and linked to the existence of the economic conditions to achieve them. Even the Indian National Congress—a political party, today in the opposition, led by Sonia Gandhi and which has very often portrayed itself as a socialist party—has never really pressed to create a social democratic state, nor has it ever pursued a policy of creating an inclusive welfare system, so much so that economic and social rights only affect certain sections of the population, without ever becoming part of the status of citizenship.

You said that from a health point of view the faults are long-lasting. As for the Modi government, on the other hand, what are its responsibilities?

For health, something has been done by the Modi government. Beds have been upgraded with fans and intensive care. However, due to the mismanagement of the pandemic, both at the level of prevention and public narrative, these measures have proved tragically insufficient, with the result that is before our eyes. An example is the question of oxygen scarcity. The central government delayed for crucial months the initiation of procedures to assign the construction of medical oxygen plants, and in turn the states of the Union did not commission plants and did not convert in time the oxygen plants for industrial use for use. medical. The scarcity of oxygen, therefore, has caused its price to skyrocket on the black market, where more affluent people have managed to buy it for 1,300 US dollars, while the majority of the population has been left without it.

You referred to the role of public and media storytelling in the mismanagement of the pandemic. What do you mean?

During these years we have come to know Modi and we know how much the media narrative is important for this politician, who likes to appear as a strong man, a decision maker, who knows how to solve problems. Starting in February, the government, using triumphant nationalist rhetoric, spread the belief that the fight against the virus was over, and that the guard could be let down. In March, when the second wave had already begun, both Modi and the chief ministers of states led by the BJP took the step to promote the Kumbh Mela [the 40-day mass Hindu pilgrimage, to which Valdameri attributes the surge in infections] in the pages of local and national newspapers, defining it as safe. Only on April 17, when he was out of time, Modi suggested that participation in the last ritual bath should be considered symbolic to contain the pandemic, however, 25 million faithful participated in the Kumbh Mela with dramatic consequences. The Italian media have a tendency to portray the Indian population as ultra-religious and inherently irrational. Yet not all Hindus who attended the Kumbh Mela are fanatics. Many are devotees who have simply trusted their own ruling class, a bit like we did last summer by going on vacation.

As we have also seen in Confronti, a characteristic of the Modi government is that of making a political and nationalist use of religion. It is difficult to imagine that the advertising of the Kumbh Mela was not linked to this type of approach. What role did religion play in managing the pandemic?

First of all, Modi’s narrative made extensive use of cultural references from the Hindu religious world, comparing for example the fight against the virus to the war of the Mahābhārata [one of the greatest Indian epics], thus winking at the Hindutva forces that support the central government. Second, the government has adopted double standards in public representation of the Hindu and Muslim communities during the pandemic.

Hindutva, the ideology on which Modi’s party is based, revolves around a strong Islamophobia and portrays Hindu citizens as the only true citizens. The pandemic was an occasion to affirm this concept. If the government promoted the Kumbh mela during the first wave, it carried out a strong campaign of hatred towards the Muslim community, held responsible for the spread of the virus following a conference held in Delhi from the Tabligh of Jamaat, an Islamic missionary congregation. That marked the occasion of a real Islamophobic resurgence, in which, on the one hand, Modi presented this battle against the Coronavirus as a sort of opus pacis that could unify the nation; on the other hand, BJP ministers condemned this conference calling it a Taliban crime and even speaking of a jihad crown, with violent repercussions for the Muslim community.

Finally, it is important to take into account another critical aspect of Indian society that cannot be ruled out, which is having an impact on the management of the emergency, namely the persistence of caste discrimination that exists in the villages. They also exist in cities, but they are visible and structural especially in rural areas. For example, we know that there are civil society organizations that are doing a lot in the fight against the virus. However, one has to ask oneself if they are caste-based and if and how much they offer their support regardless of caste affiliations. These are things that we will only understand in the future, but that the historian watches carefully because he knows that during other emergencies of the past, while some organizations were crossing caste lines, others acted exclusively on the basis of caste and religion.

Local elections were held in India between April and May. Among five states (Assam, West Bengal, Kerala, Tamil Nadu and Puducherry Territory), the BJP, Modi’s party, was defeated in three (Tamil Nadu, Kerala, West Bengal). Did this pandemic have a bearing on his mandate or not?

Frankly, I don’t think so. Or rather, the management of the pandemic cannot be considered the only explanation. If, for example, we consider Kerala and Tamil Nadu are two states in which BJP has lost, but in which the pandemic has always been practically non-existent. The state that needs to be looked at more carefully is West Bengal. In the latter, the election campaign was virulent, both politically and literally. The elections were held in eight phases and were the longest in Indian electoral history. The BJP knew it was at a disadvantage in a state that has always kept Hindutva at a safe distance. Thus, aware of this weakness, and despite the resurgence of the virus, the entire leadership of the BJP focused on the Eastern state, organizing rallies that gathered of hundreds and thousands of citizens, in which Modi and the minister of internal affairs, Amit Shah, showed up without a mask. Only when there were already thousands of deaths a day and health facilities were close to collapsing did Modi cancel the electoral rallies.

So we can say that in this state, especially in recent elections, the mismanagement of the pandemic may have had part of the responsibility for the results. However, that’s not enough. In West Bengal, the winning party is the Trinamool Congress led by Mamata Banerjee, a charismatic woman of Indian politics. Her government has implemented a series of welfare measures, in favor of the most disadvantaged social strata, of women, of the unemployed, who actually seem to have had a greater weight in Modi’s defeat than the pandemic. Moreover, even on a rhetorical level, Mamata Banerjee tried to counter the Modian rhetoric, basing her electoral campaign on the narration of a Bengali culture as a bridge between Hindus and Muslims. Whether it is true or not is not important. At the political level, in fact, effectiveness is more important than consistency. Indeed, Banerjee was able to construct a narrative to oppose political Hinduism. This gives hope to the situation, showing that Modi is not invincible, but can be defeated by strong regional leaders who are able to remedy the shortcomings of Congress, by defeating the BJP on the basis of policies and, in this case perhaps most important, the public narrative. 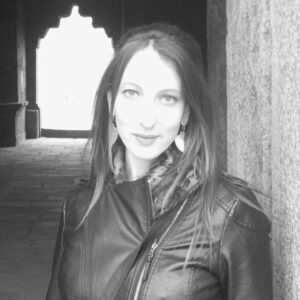 Researcher at ETH Zürich and historian of modern India

What Remains of Syria Ten Years After the “Impossible Revolution”?