Evangelicals in Brazil: An Irrepressible Rise

In October 2018, the candidate of the Partido Social Liberal (PSL), Jair Messias Bolsonaro, won the presidential elections of Brazil with the motto “Brazil above all; God above all.”

In the elections of October 7th, Bolsonaro obtained 46% of the votes in the first round and proceeded to the ballot against Fernando Haddad, representing the Workers’ Party. In the second round of the elections on October 28, he obtained 55.13% of the valid votes and was elected 38th president of the Federal Republic of Brazil.

During the election campaign, Bolsonaro received the open support of the Inter-Party Evangelical Parliamentary Front in the National Congress and many other leaders of the main Evangelical churches. Therefore, a large part of the Evangelical electorate (about 41%) expressed their preference for Bolsonaro.

It should also be added to the census data that, according to a national survey conducted seven years after the census by the Datafohla Institute in October 2017, almost 32% of Brazilians defined themselves as “Evangelical.” 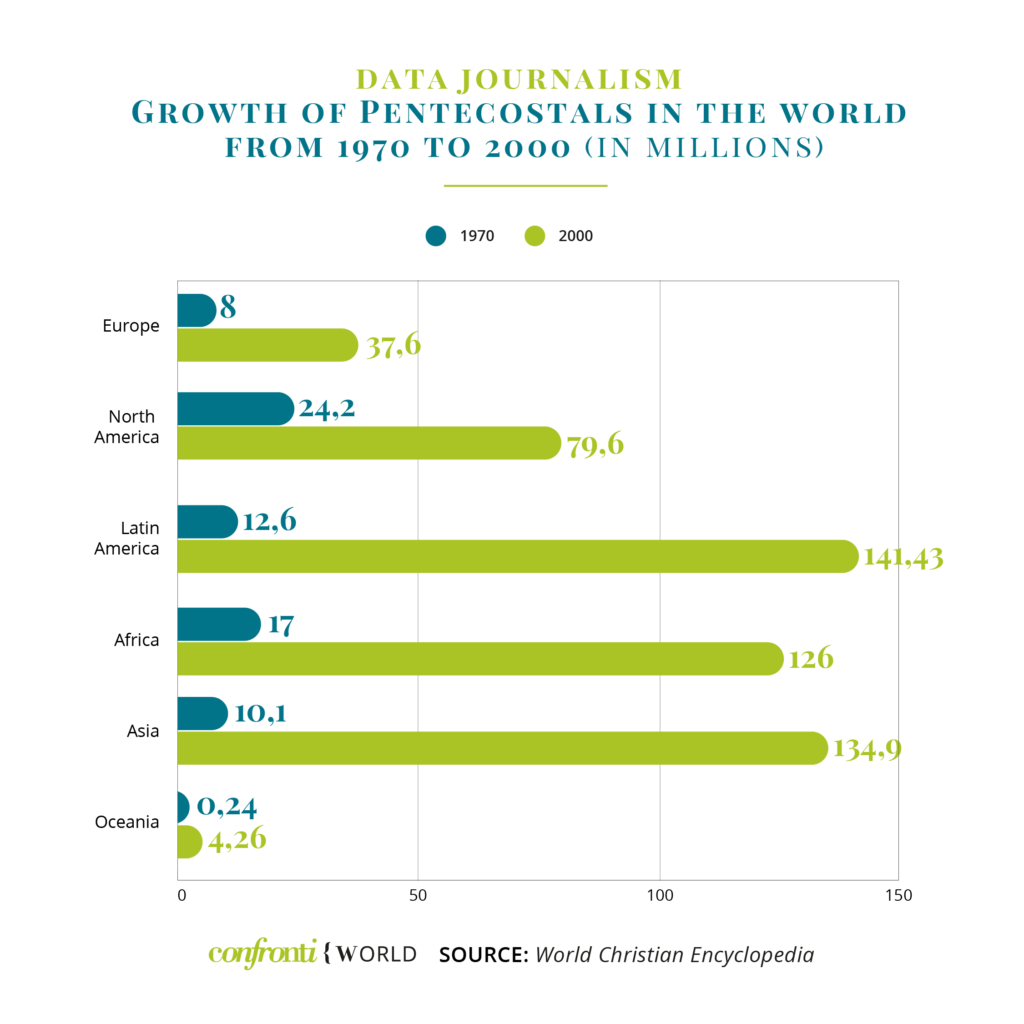 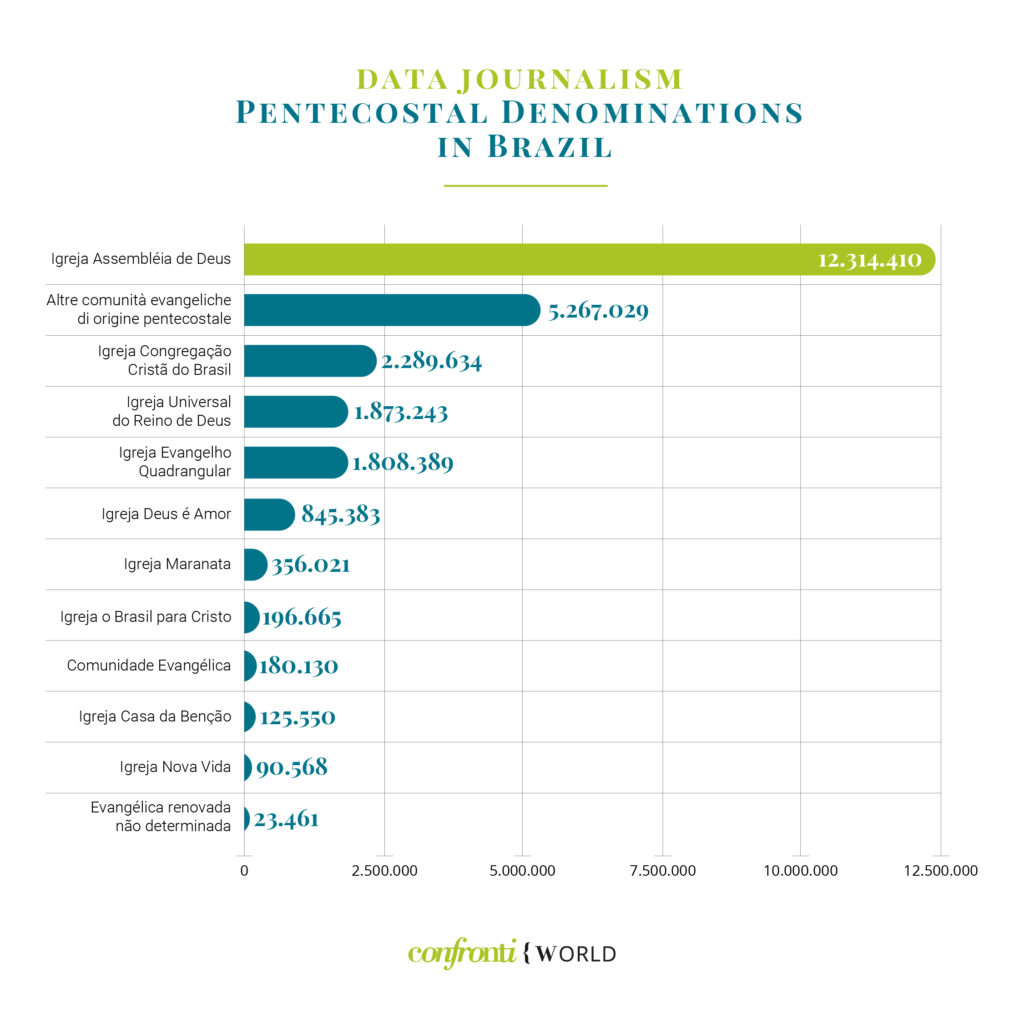 The construction of an image

Despite being a Catholic, Jair Bolsonaro was baptized in the Jordan River in May 2016 by Pastor Everaldo Pereira, a leading figure in the Assembleia de Deus (Assembly of God) and President of the Partido Social Cristão (Christian Social Party). The images and videos of the ceremony were widely disseminated on TV and the internet.

Michelle Bolsonaro, the prime minister‘s wife, is also Evangelical and their marriage was celebrated by the influential pastor Silas Malafaia of the Assembleia de Deus Vitória em Cristo (Assembly of God – Victory in Christ). The pastor has welcomed the President several times during his homilies and is one of the biggest supporters of presidential politics even during the Coronavirus health emergency.

Edir Macedo, former Catholic founder and (self-proclaimed) bishop of Igreja Universal do Reino de Deus (The Universal Church of the Kingdom of God – IURD), owns the second-most important network in Brazil. During the election campaign, he offered Bolsonaro the opportunity to give an exclusive interview on his TV channel Record TV, while the other presidential candidates debated together on another channel. It should be remembered that the law prohibits the privileged treatment of candidates during the election campaign, and that the broadcasters who then postponed the interview were reported to the Electoral Court.

Furthermore, when the result of the second round of the presidential elections was made known, before Bolsonaro gave his first speech as premier, he was taken by hand and introduced to prayer by Magno Malta, a Brazilian Evangelical pastor and politician affiliated with the Liberal Party (PL) and also a senator of Espírito Santo (one of the confederate states in southeastern Brazil) from 2003 to 2019.

While affirming that Brazil is a secular state, Bolsonaro had already declared in his electoral campaign that politics should give more space to God and to (Christian) religion, given that the majority of the population in Brazil is Christian.

The Identikit of Bolsonaro’s Voters

According to the Datafolha institute, as reported in the document Avaliação do President Jair Bolsonaro (Review of President Jair Bolsonaro), the current prime minister has received a greater degree of approval among men (38%) than women (29%); among those over 60 (37%) compared to those in the 16-24 age group (27%); among those with a high income (52%) compared to those with a low income (27%); and among entrepreneurs (58%) compared to workers in the informal sector (25% ) or the unemployed (22%). He also received greater acclaim in Southern Brazil (42%) than in the Northeast (25%), and among “whites” (42%) compared to “mestizos” (31%) or “blacks” (25%). Furthermore, Bolsonaro received greater support among Evangelicals (41%) than among Catholics (30%) and the non-religious (25%).

The “Evangelicals” in Brazil

In the Brazilian context, a range of churches with Pentecostal and Neo-Pentecostal backgrounds fall under the label “Evangelical.” Pentecostalism is by its nature proselytizing: the fundamental experience of “baptism in the Spirit,” which transforms a Christian into a Pentecostal Evangelical, is not a simple moment of conversion: it is a regeneration, a rebirth from which one emerges transformed and motivated to announce and share their experience.

All the President’s men

André Luiz de Almeida Mendonça, lawyer and pastor of the Igreja Presbiteriana do Brasil is Minister of Justice and Public Security.

Damares Alves, lawyer and pastor of the Igreja Internacional do Evangelho Quadrangular, is Minister of Human Rights, Family and Woman. His ultra-conservative statements on abortion and the LGBTI movement are well known. Alves is also the founder of the controversial NGO Atini, which due to its agenda, is accused of inciting hatred towards the indigenous population.

Ernesto Araújo, a Catholic, is a diplomat and Minister of Foreign Affairs. In his blog Metapolítica 17-Against Globalism, he writes that economic globalization is controlled by the followers of “cultural Marxism” which is basically an “anti-human and anti-Christian” system.

Eduardo Bolsonaro, son of Jair, is a lawyer and member of the Commission for International Affairs and National Defense.

Carlos Bolsonaro, son of Jair, Councilor of the city of Rio de Janeiro since January 1st, 2001.

All three of Jair Bolsonaro’s sons have affiliations with Evangelical churches.

Onyx Lorenzoni, head of cabinet (Minister da Casa Civil) of Bolsonaro, participated together with the premier in the March for Jesus–an event organized by various Evangelical organizations—in August 2019. It is the first time for a Brazilian president. Lorenzoni is a staunch opponent of Lula and the Workers’ Party; in 2016 he voted in favor of impeachment against the then-president Dilma Rousseff.