Home » Why Today’s Jerusalem is Not a City of Peace

Why Today’s Jerusalem is Not a City of Peace

The Ecumenical Council, the Churches of the Holy City, the current Latin patriarch of Jerusalem, Pizzaballa—and the emeritus, Sabbah—as well as the pope, are each “very worried” about what was happening there; they commented on the dramatic events with denunciations, analysis and hopes shared by Christians near and far.

The dramatic situation in and around Jerusalem has deeply worried the leaders of the Churches of the Holy City and the Pope of the Roman Church who have consequently articulated positions on the Israeli-Palestinian conflict, one which since 1948 has often loomed in their agendas.

CEC: Solidarity with the Palestinian Families of Sheikh Jarrah

The Ecumenical Council of Churches (CEC), through its Ecumenical Accompaniment Program in Israel and Palestine (EAPIP), intensified from early May what it has been doing since 2008: bringing solidarity, and reaffirming legal support, to Palestinian families of Sheikh Jarrah whose properties were threatened by groups of settlers in East Jerusalem. Peter Prove, director of International Affairs of the CEC, noted: «As the Office of the UN High Commissioner for Human Rights has noted, the laws to which the settlers refer are ill-founded and implemented in a discriminatory way, to the detriment of the Palestinians who in many cases have lived in those houses for generations». The same concept reaffirmed the interim secretary general of the CEC, Ioan Sauca, specifying however that «the appropriate response to an unjust situation must no longer be violence», and reiterating the support for the Two-State solution: safeguarding Israel and creating the State of Palestine.

«We are deeply discouraged and concerned by the recent episodes of violence in East Jerusalem, both at the Al-Aqsa mosque and in Sheikh Jarrah, which violate the sanctity of the people of Jerusalem and its status as the City of Peace». Taking up this affirmation of the various Churches and Christian communities of Jerusalem—about ten thousand faithful between the Orthodox, Catholic, Ancient Eastern, Anglican and Lutheran—the Latin Patriarchate, led by the Franciscan Monsignor Pierbattista Pizzaballa since 2020, declared on May 9th: «The violence used against the faithful undermines their safety and their right to have access to the Holy Places and to pray freely». As for the Sheikh Jarrah affair, he called it «another unacceptable violation of fundamental human rights, that of the right to a home. It does not concern a real estate dispute between individuals. Rather, it is an attempt inspired by an extremist ideology that denies the right to exist to those who live in their own homes».

And again: «The right of access to the Holy Places is also of particular significance. Palestinian faithful were denied access to the Al-Aqsa mosque during this month of Ramadan. These manifestations of strength wound the spirit and soul of the Holy City, whose vocation is to be open and welcoming; to be a home for all believers, with equal rights, dignity and duties».

«The historical position of the Churches of Jerusalem is clear about the denunciation of any attempt to make Jerusalem an exclusive city for everyone. This is a city sacred to the three monotheistic religions and, based on international law and relevant United Nations resolutions, also a city where the Palestinian people, made up of Christians and Muslims, have the same right to build a future based on freedom, equality and peace. We therefore ask for absolute respect for the status quo of all the Holy Places, including the Al-Aqsa mosque complex. The authority that controls the city should protect the special character of Jerusalem».

And finally, «Our Church has been clear that peace requires justice. To the extent that the rights of all, Israelis and Palestinians, are not upheld and respected, there will be no justice and therefore no peace in the city. It is our duty not to ignore injustice or any aggression against human dignity, regardless of who commits them. We ask the International Community, the Churches and all people of goodwill to intervene to put an end to these provocative actions and to continue to pray for the peace of Jerusalem».

Francesco, publicly, until May 21st, spoke about the problem three times: twice at the Sunday Regina Coeli on May 9: «I am following with particular concern the events that are happening in Jerusalem. I pray that it will be a place of encounter and not of violent clashes, a place of prayer and peace. I invite everyone to seek shared solutions so that the multireligious and multicultural identity of the Holy City is respected and brotherhood can prevail. Violence only breeds violence. Enough with the clashes».

And on the 16th: «I am following with great concern what is happening in the Holy Land. In recent days, violent armed clashes between the Gaza Strip and Israel have soared, and are in danger of escalating into a spiral of death and destruction. Numerous people were injured, and many innocent people died. Among them there are also children, and this is terrible and unacceptable. Their death is a sign that there is no will to build the future, but to destroy it».

«Furthermore, the growing hatred and violence that involves various cities in Israel is a serious wound to fraternity and peaceful coexistence among citizens, which will be difficult to heal if we do not open up to dialogue immediately. I ask myself: where will hatred and revenge lead? Do we really think we are building peace by destroying the other? In the name of God … I appeal to calm and, for those who have responsibility for it, to put an end to the clamor of weapons and to walk the paths of peace, also with the help of the international community. We pray incessantly that Israelis and Palestinians can find the path of dialogue and forgiveness… and open up to a coexistence among brothers. We pray for the victims, especially the children; let us pray to the Queen of Peace for peace». And on Friday 21, after the announcement of the ceasefire: «I thank God for the decision to stop the armed clashes and I hope that the paths of dialogue and peace will be followed. Tomorrow evening, the Catholic Ordinaries of the Holy Land will celebrate the Pentecost Vigil together with their faithful in the church of Santo Stefano in Jerusalem, imploring the gift of peace».

But, beyond these interventions, the pope, with personal contacts and diplomatic channels, had tried to involve powers somehow involved in the Middle Eastern skirmish, to silence the weapons. He phoned Turkish President Recep Tayyip Erdogan; on the 15th he received John Kerry, Special Envoy of the President of the United States of America for Climate (but they also talked about Jerusalem); and on the 17th he met Mohammad Javad Zarif, Iran’s foreign minister.

There were rumors that the Vatican intended to mediate itself to stop the ongoing conflict. This hypothesis was denied by the Secretary of State, Cardinal Pietro Parolin, on May 19: «I don’t think the conditions are right. But certainly we must take any action that can help first of all to a ceasefire, to put an end to this long-standing conflict, to reach a resolution according to the two-state solution».

Sabbah: “The international community has blood on its hands”

Born to an Arab Christian family in 1933 in Nazareth—then in the Palestine of the British Mandate—Michel Sabbah was chosen by Pope Wojtyla in 1987 to be Latin patriarch of Jerusalem (he will become emeritus in 2008). This office had been “invented” in 1099 by the Crusaders who, in that year, defeating the Crescent, had conquered the Holy City and removed power from the Greek patriarch who had been the highest Christian authority there for seven centuries. When in 1291 they were definitively defeated by the Muslims, that of “Patriarch of Jerusalem” remained a pure honorary title that the popes, from time to time, gave to some prelate who had never been there. It was Pius IX, in 1847, when the Holy City was under Ottoman control, who effectively re-established that patriarchate: from then, until 1987, an Italian always fulfilled this duty: therefore Wojtyla’s choice was truly innovative.

Now, on May 15, Pax Christi Italia (whose president is Mons. Giovanni Ricchiuti, bishop of Altamura-Gravina-Acquaviva delle Fonti) and Don Nandino Capovilla, contact person for the “Ponti, non muri” campaign, have streamed an encounter with Sabbah, defined the Patriarch of the People in a Palestinian-produced documentary film. After the screening, many questions had questions for the prelate. Below, we report large excerpts from the interview.

Archbishop Sabbah, how do you assess the dramatic events of these days?

«The events of these days are nothing more than the repetition of what we have already seen so many times: in this land, men are sowing seeds of death. Everyone knows what is owed to Israel, and what is owed to the Palestinians. Everyone sees the State of Israel taking everything, but no one has the courage to say a word of truth … Both peoples need salvation. The Palestinians need to be saved, but Israel itself needs someone to save it so as not to live in perennial insecurity. Israel has to be saved. But to save Israel one must have the courage to tell him to stop, because he is walking on the path of his own destruction; and no one dares to do so».

Who is responsible for this situation, degenerating for decades, of a Palestine still militarily occupied and colonized with illegal settlements?

What could be the best solution for this long and bloody conflict?

«The normal solution, the simplest, the best also for Israel, would be that of the two states. The Palestinians have already recognized Israel, but above all they have already ceded 78% of their land to it, and are asking for only 22% for themselves. Yet Israel continues to say no to a state of Palestine. And it is as if she repeated: ‘For you, nothing. You will never exist as a state. You will remain subject to the Israeli government.’ This means witnessing what the whole world can see today: aggressions, demolitions, killings, expropriation of Palestinian homes. Or—another hypothesis—only one state is created, but the important thing is that everyone, Palestinians and Israelis, have the same rights. But perhaps we are not ready for the solution of a single state». 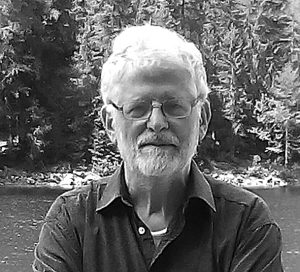 Coup in Myanmar. The “Two Ways” of Buddhist Monks