The meeting with R. took place at the Casetta Rossa Italian school in Rome, in the Garbatella district. R. is a doctor and until a few weeks ago he worked at Indonesia Hospital, one of the hospitals in the Gaza Strip. He arrived in Italy in March 2021, when political problems forced him to leave his family, his job, and his land. The day after the march in Rome in support of the Palestinian population we met. R. was pleasantly struck by the solidarity of Italian society towards his people, but very skeptical of the positions that the European powers have taken up to now.

My name is R., I am 45 years old, I am originally from Gaza. I graduated in medicine in Moscow twenty years ago. I am an orthopedic doctor and up until two months ago I was working in a hospital, but I had to flee my country for political issues that endangered my life. I arrived in Italy in March 2021 on a flight that took me to Sicily. I was in Crotone a few days and then I came to Rome, where I am now living, in a reception center for asylum seekers.

Why did he choose to study so far from his land?

In those years the Israeli soldiers had closed all the universities in Gaza, so I went to study in Moscow. I stayed there for 7 years, until I graduated, in fact now I speak Russian very well. Once I graduated, I returned to Gaza, started working in the public hospital and volunteered for some associations such as the Red Cross. In my 25 years of hospital experience, I have saved countless victims of Israeli attacks. Every day someone went to the emergency room, for some consequence due to the occupation. On Sunday May 16th they killed a colleague of mine, Ayman Abuelhof, director of the internal medicine department. The Israeli army bombed his home for no reason. Can a doctor be a terrorist? I ask the Israeli government, but also the entire international community.

Abuelhof was one of the doctors on the front line for the fight against Coronavirus. The virus in the Hamas-ruled strip in recent months has had serious consequences and now things are quickly escalating. Some clinics have been bombed and the emergency rooms are busy helping the victims of the attacks.

On March 14, the army bombed my neighborhood, destroying my apartment and another twenty or so buildings. My neighbors are all dead, all of them. Fortunately my family was saved, but now all five are sleeping on the street, because now we have no idea how to continue, because the conflict is still ongoing—they are still bombing, they are still killing, even children and women. Yet all the governments of the world are doing nothing to stop it. They are supporting Israeli raids and the slaughter of civilians.

The only way of salvation for our land consists in the end of the occupation. As long as there is occupation there will be no peace.

Why has the conflict reignited just now?

We do not think it has. The conflict began in 1948 with the establishment of the State of Israel after the expiration of the British Mandate and has never subsided. The events in the Al-Aqsa mosque have reignited the fuse, but for us the conflict is always on. As if that weren’t enough, Israeli society—over time—has become increasingly radicalized. The Palestinian community has always been able to coexist internally, among religious differences. It is therefore a possible path.

What does the Palestinian population think of Hamas?

I, like many of my fellow citizens, do not agree with Hamas’s choices. I had to flee Gaza because I was protesting against their policies. We have many problems in our country—there are times when we only have four hours of electricity per day—I say this so you understand how it is. Yet, donations to Hamas arrive every day… but where does this money go? Therefore, I repeat, I am really at odds with Hamas’s way of operating. My protests against this organization have put my life in danger and that is why I have had to leave my family and work and escape to a place where I can get protection. Personally, I do not agree with Hamas, which I consider a real terrorist organization. But, on the other hand, how should I describe what Israel is doing?

What is happening is there for all to see: buildings and infrastructure destroyed, civilians killed. Do they really think they can stop terrorism in this way? We need someone to protect the Palestinian population. Why doesn’t the international community send someone to protect it? The United Nations has their own army, why don’t they send it to Palestine? Until Western governments decide to put human rights first, beyond any specific community interest, there is no hope that anything will be done to protect the innocent Palestinian population, which has been suffering for decades without someone in power doing something about it. It is a crime against humanity, a suffering that leaves deep wounds. That is everyone’s responsibility.

What will you do in the next few months?

I am now waiting for them to accept my request for international protection, then I will try to get my family here, to translate my degree and to look for work as an orthopedist. In the meantime, I’m learning Italian. 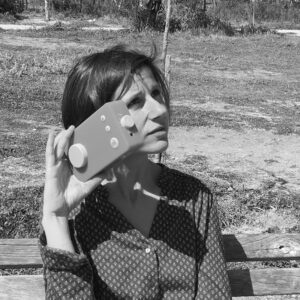