Home » Coup in Myanmar. The “Two Ways” of Buddhist Monks

Coup in Myanmar. The “Two Ways” of Buddhist Monks

In Myanmar the number of deaths has exceeded far more than 700 while the life of society has plunged into seemingly irreversible chaos, with citizens lining up at ATMs, sure that the state and the economy are close to defaulting, and the national New Year’s holiday (April 13)—a generally central time of the annual holidays—spent in a kind of surreal lockdown. Against the backdrop of the Myanmar political crisis and its increasingly disturbing implications, a deep rift is stirred in one of the most important segments of the population, the monks. The sangha, the official Buddhist monastic community, has never been more divided than on this occasion, amidst the dramatic upheaval of the country.

Tradition has it that Buddhist monks have always been widely present in the political sphere and, in some cases, even take the lead in some protests. Everyone remembers the well-known Saffron Revolution of 2007 when tens of thousands of monks took to the streets, coloring the streets of Yangon or other Burmese towns with their bright clothes.

A few weeks before the coup on February 1, many clerics in the capital Naypyidaw demonstrated against fraud in the November 2020 elections; their demonstration fell in line with supporters of the military coup who accused Aung San Suu Kyi’s party of electoral fraud, even though it had emerged abundantly as the winner. There are also demonstrations of a clear xenophobic-nationalistic inclination—particularly anti-Islamic and anti-Rohingya—staged, for example, in 2017, by a large number of Buddhists incited by the monk Ashin Wirathu, known for his fundamentalist positions.

Even in the case of the coup, of course, the country’s main spiritual—and also political—leader wanted to make his voice heard. But, perhaps never like the present, in such a disjointed, disorderly way.

A significant portion of the monks, mostly younger, decided to side with civil society and ask for a return to democracy and peace with statements, interviews and even taking to the streets. Quite alarmed by the level of violence reached in just a few days, even the Saṅgha Maha Nayaka (Mahana) Commission—the traditionally conservative and somewhat inflexible religious body nominated by the government and comprised of 47 monks of the highest level who oversee Myanmar’s monastic ranks—on March 16 announced the decision to suspend all activities until the military junta ended the violence, and promised to issue a statement that would then be sent to the Ministry for Religious Affairs. The official communication no longer seems to have been made public. Some speculations link the monastic commission’s choice to keep a low profile to the visit of General Min Aung Hlaing, head of the junta in power, to one of the main pagodas in the country and to the meeting he had there with Bhaddanta Kumara Bhivamsa, the head of Mahana. Beyond the possibility of a last-minute position change, a certain apathy about Myanmar’s challenges, in the religious world, is undoubtedly widespread.

In the Mandalay region, the beating heart of Myanmar Buddhism, many monks joined the protests. Some monasteries have even chosen to refuse alms from the military, an event that created havoc among the ranks of the army that entrust their charities with the possibility of securing good karma. In one case, as reported by The Economist, when the army expressed its willingness to donate COVID-19 vaccines to the Ashin Rsara monastery, there was a sharp refusal.

But there are many monks and monastic bodies who support the army and the policies that led to the coup. This population includes mainly monks belonging to the most nationalist and xenophobic wing of Buddhism. They are the ones who have spread, with some success, the idea that the main religion of Myanmar is threatened by Islam. This religious fundamentalism has culminated in the very serious discrimination that led to massacres—the United Nations speaks of genocide—and also to the mass exodus of the Rohingya. As is well known, the Rohingya issue has become a sensational case that is also linked to the human rights icon Aung San Suu Kyi. The 1991 Nobel prize winner—and from 2016 until last February the Foreign Minister and de facto leader of the country—is now, in addition to having lost her political offices, again in prison. In January 2020 she had to defend her leadership (and herself) before the judges of the International Court of Justice of The Hague from accusations of genocide and from the testimonies of mass rape.

The influential monk Thaw Bi Ta, rector of a religious university in Saggaing with millions of followers in the country, certainly belongs to the most extremist religious faction. At the end of last year, in a speech to the BBC in Burma on the day of the anniversary of the Declaration of Human Rights, the well-known monk—also famous for his denialist positions towards violence against the Rohingya—declared that Myanmar nationalism is “anchored in the universal declaration of Buddhist truths,” to be considered superior to the Universal Declaration of Human Rights. He is joined by the monk Wisetkhana, another prominent figure of Myanmar monasticism, who argues that the violence was initiated by the demonstrators and not the army.

Among the main voices critical of the army and of the violent methods it has adopted, prominent is that of the Archbishop of Yangon and co-president of the interreligious body Religions for Peace, Cardinal Charles Maung Bo. General Min Aung Hlaing, in search of Vatican blessings, visited this eminent representative of Catholics—which incidentally comprise only a small minority, or 6%, of Christians, amidst a clear demographic pre-eminence of Protestant Churches. Nothing came from this meeting. Instead, Cardinal Bo requested the release of all political prisoners and denounced “the violence of the most brutal of military dictatorships.” 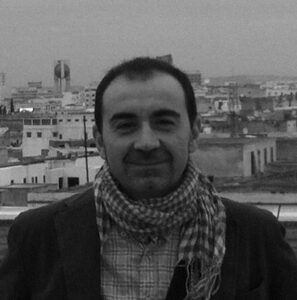 The Lady, The Peacock and The Shattered Dream of Myanmar

Why Today’s Jerusalem is Not a City of Peace