Home » From the Border: Stories of Migrants on the “Balkan Route”

From the Border: Stories of Migrants on the “Balkan Route”

by Chiara Cardoletti. UNHCR Representative for Italy, the Holy See and San Marino.

The European Union was born of certain principles that continue to give meaning to its existence. But on the EU’s eastern border, we see those same principles shriveling away. Just beyond the EU border between Croatia and Bosnia, in a criminal retraction of responsibility shared by many—not only by Croatia, Slovenia, Italy, and Austria in the immediate future, but by the EU as a whole—the concept of the European Union is dwindling.

Between Bihać and Lipa, gathered upon a strip of land that divides Bosnia from Croatia, 2,500 people—mostly from Afghanistan, Iraq, Pakistan and Syria—are at a standstill on the coldest moment of the year, so close and yet so far from their coveted bastion of protection and stability. Nobody evaluates their statuses or finds a reasonable remedy for the risky conditions in which they live. Beyond the absence of useful policy, what chills the blood more than the immense blanket of snow that surrounds the exposed, homeless refugees is the inhuman treatment they receive from the police forces of Member States: torture, violence, humiliation, and denial of all sorts of rights, from that of seeking asylum to treatment for wounds or the immediate and necessary welcome for children.

Europe, in other words, is becoming “Libyanized.” The “model” tested over years of practice in the “concentration camps” of Tripoli or Benghazi is also gaining ground here.

Italy hides behind the batons and whips of the Croatian police. She displays clean hands to the world while hiding the bloody hands that do the dirty work of deporting, to the non-EU departure point, thousands of refugees who have arrived in Trieste or Udine, without even having evaluated their asylum requests or, even worse, their psychophysical conditions. Even children. To the east, Italy repeats what she has been doing to the south for years in transparent league with the Libyan coast guard.

What is the situation in western Bosnia? What direct evidence is there of the violence of the Croatian police forces? What is the EU doing (or not doing)? And what demands do international organizations place on Europe? We interviewed Chiara Cardoletti, UNHCR Representative for Italy, the Holy See and San Marino, about the current situation of the approximately 2,500 refugees living outdoors in the area between Bihać and Lipa.

For around 900 refugees and migrants left without shelter in dire humanitarian conditions after the fire at the Lipa Emergency Camp in the municipality of Bihać, the situation has improved after the Bosnian authorities found an interim solution with the setting up of new heated tents that are more resistant to snow.

However, UNHCR remains deeply concerned about the conditions of all people stranded and exposed to the cold along the border with Croatia. There are between 1,000 and 1,500 migrants, asylum seekers and refugees, including women and children, who are currently in makeshift housing such as abandoned buildings and forest camps with no access to basic facilities, with minimal humanitarian assistance. With recent heavy snow and freezing temperatures, the safety, health and protection of these people are at risk. Without any heating, serious health problems have been reported such as frostbite, hypothermia and more.

We therefore call for further efforts from authorities across the country to identify and make available new reception centers, preferably outside the Una-Sana Canton and Sarajevo Canton. UN agencies and their partners in Bosnia stand ready to support the authorities in these efforts.

Many interviewees speak of police violence, in particular at the hands of Croatian police, which represents the first contact of refugees with the EU. What is the extent of the phenomenon in your opinion?

Our fieldworkers in both Croatia and Bosnia have collected many testimonies of violence and ill-treatment suffered by the police forces along the Balkan route. Even here in Italy we have had many reports of abuse and torture, such as those suffered by Umar, an asylum seeker from Pakistan, who during a recent mission in Trieste testified about his experience at the hands of the Croatian police (click here for the video).

We have always brought to the authorities all the testimonies that we collect, repeatedly reporting that there are obvious problems regarding access to the asylum procedure, excessive use of force, violence and the inability to respond to the needs of the most vulnerable people, including the many unaccompanied minors.

The continuous refusal of refugees, not only from the Balkan route; the obvious desire not to adhere to the “obligatory solidarity” required by the New EU Pact; the outsourcing of the migration issue to Libya and Turkey to the tune of billions of euros with dramatic results from every point of view; the lack of revision of the Dublin Convention–all of these circumstances confirm the failure of the European Union strategy on migrants. In your opinion, what are the actions that the EU should take in order to restore rationality and respect for rights to the situation?

First of all, the EU must abandon the emergency approach to migration that provides for the adoption of ad hoc agreements, and move on to one that is comprehensive, predictable, long-term and based on the principles of solidarity, in order to create a viable, law-based and sustainable asylum system. Given the relatively small number of new arrivals of refugees and migrants in Europe, the time is right for joint action.

We need to strengthen search and rescue efforts at sea and ensure predictable disembarkation for people rescued at sea through the adoption of a common European approach, based on the sharing of responsibilities between states. We also care about those who find themselves in danger as they try to get to Europe by land. Saving lives must be the top priority and must never be criminalized.

We also stress the importance of revitalizing political and economic support for developing countries and regions where most of the people displaced by violence and persecution come from, and the need to address the root causes of forced and irregular migration.

Finally, we urge EU countries to demonstrate greater commitment to safe and regular access channels through resettlement, humanitarian and university corridors, emergency evacuations and family reunification. In this regard, UNHCR welcomes the renewed Action Plan for Integration and Inclusion 2021-27 (Piano d’azione per l’integrazione e l’inclusione 2021-27), which emerged from extensive public consultations with civil society and refugees across Europe.

UNHCR welcomes the leadership of the New EU Pact and, as negotiations continue, we trust that member states will seize the opportunity to lead by example and better protect people seeking asylum in Europe.

What are the actions taken by UNHCR in northwestern Bosnia and in general on the Balkan route?

UNHCR in Bosnia and Herzegovina responds to the current mixed migration movement by providing humanitarian aid to the most vulnerable and by supporting the authorities in providing better reception conditions and efficient services, including access to the asylum procedure, for people in need of international protection. We also support the provision of free legal assistance to asylum seekers and people at risk of statelessness, as well as psychosocial support for vulnerable people forced to flee and support for the protection of people with special needs such as survivors of torture or unaccompanied minors. 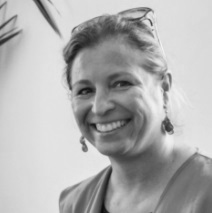 UNHCR Representative for Italy, the Holy See and San Marino.